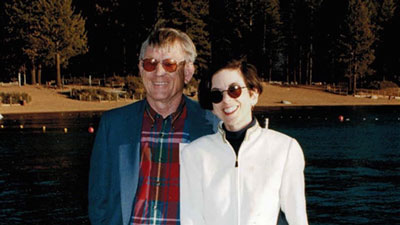 Susan Currier was a beloved associate dean and professor of English, a student champion, and a lifelong philanthropist. When she was diagnosed with breast cancer, she and her family looked for ways she could have a lasting impact on the College of Liberal Arts. She and her husband, the late Max Wills, chose to create a legacy with endowed scholarships and the establishment of a visiting professorship.

The Susan Currier Visiting Professorship for Teaching Excellence makes it possible for the College of Liberal Arts to host a faculty member with a distinguished record of teaching. Selected visiting professors teach innovative courses on topics in various liberal arts disciplines and share their methods with faculty and others through workshops and presentations. In 2016, the college welcomed its fifth visiting professor in honor of Currier.

“I think Susan would be very proud of the professors that have come to Cal Poly in her honor,” said Debra Valencia-Laver, College of Liberal Arts associate dean, who worked closely with Currier during her last two years. “They each brought a passion for humanitarian concerns and shared with students and faculty effective ways to integrate that passion into the learning environment. Their interests in social justice and global issues have transformed Cal Poly in ways that were very important to Susan.”

To Support the Industry — Graphic Arts Library and Scholarships

Print industry titan Raymond Prince isn’t an alumnus, yet he felt compelled to give to Cal Poly’s Graphic Communication Department.

“I chose Cal Poly for its excellent printing program and for having strong financial stewardship,” Prince said.

Prince endowed two scholarships in honor of two faculty members and made a bequest to perpetuate the growth of the world’s largest library on graphic arts technology and management. The library, the Raymond J. Prince Graphic Arts Collection, is housed at Cal Poly and includes more than 30,000 volumes.

Prince’s planned gift to Cal Poly gives him peace of mind for his financial future while allowing him to pay it forward to the industry that gave him so much.

“I’ve met and worked with many great people,” Prince said. “This gave me an opportunity to give back to the industry that has supported me since 1958.

“I’ve made the decisions and I’m at peace,” he continued. “My bequest is going to benefit students and faculty for a long, long time.”

Through a planned gift, your impact goes beyond the bounds of campus and time, as the resources you provide will help shape the next big innovator, creative thinker or world leader.

There are many ways to make a planned gift — including Cal Poly in your will or trust, naming Cal Poly as the beneficiary of a retirement plan or life insurance policy, or establishing a charitable gift annuity. Just like any other donation, you may direct your future gift to support the department or project of your choice. 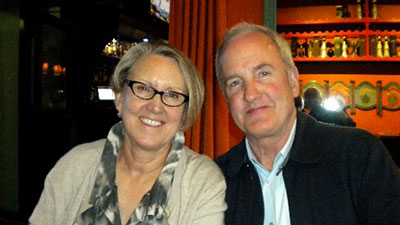 As a member of the Journalism Department’s Advisory Board from 2011 to 2013, he witnessed firsthand the department’s commitment to innovation and to educating its students for the 21st-century workplace.

When he and his wife, Sharon Saffel, updated their will, they decided to entrust Cal Poly with a percentage of their estate directed to the Journalism Department’s endowment.

“Supporting this department is one of the best investments out there for ensuring that media channels in future years are populated with the most capable and discerning graduates, ensuring society is served by the best journalism possible,” Helsing said.

According to Helsing, no matter where you give, a gift to Cal Poly is a sound investment in the future.

“Cal Poly is a place where regardless of your major, you’re provided a great education,” said Helsing. “It’s clear that people in all different fields from Cal Poly go out into the world and make great things happen.”