Giving Back: The Power of Doing 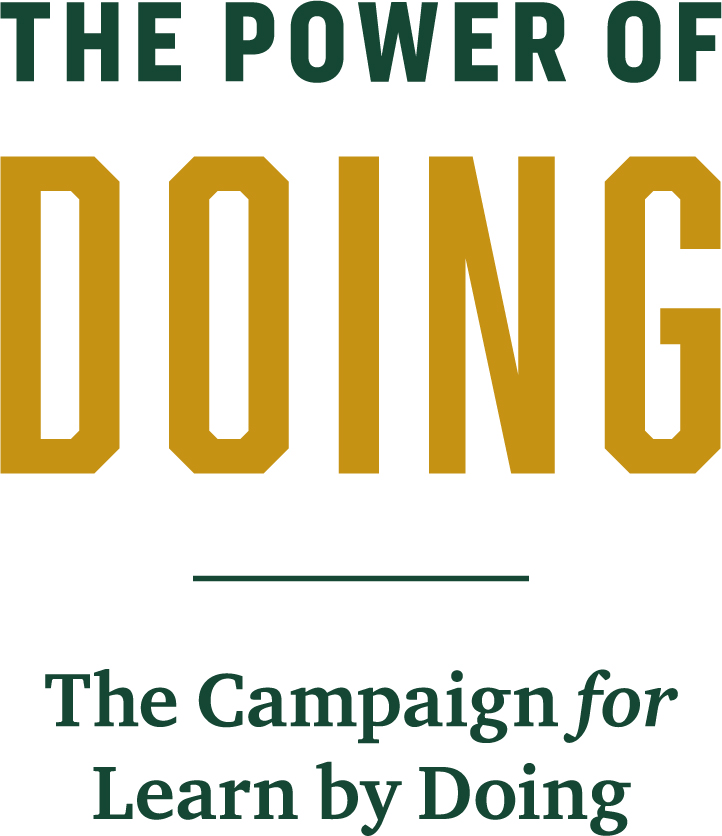 Last spring, Cal Poly formally launched The Power of Doing: The Campaign for Learn by Doing. The comprehensive philanthropic campaign is the largest fundraising initiative in university history, geared toward supporting the philosophy that has come to define a Cal Poly education.

Cal Poly has a goal to raise $700 million by the time the campaign concludes after nine years in June 2021. To date, the university has already raised more than $646 million from more than 70,000 donors.

Funds raised will support three primary campaign pillars: Empowering Students, Empowering Excellence, and Empowering Innovation. In the College of Liberal Arts, these pillars will be used to fund a variety of priorities, including state-of-the-art facilities, expansion of student-faculty research, and enhancement of project-based learning opportunities. Additionally, funds from this campaign will help increase scholarship opportunities, such as the Cal Poly Scholars Program, which seeks to recruit and retain high-achieving, low-income students from California high schools while providing support through financial, academic and community resources.

“Many students might not realize the extent to which private donations have helped improve their Cal Poly experience,” said former ASI President Jasmin Fashami (Political Science, ’19). “I’m grateful to the alumni and donors whose generous support over the years has made an impact on so many students’ everyday lives, including my own. This campaign will hopefully show current Cal Poly students the importance of giving back after they graduate.”

“We are excited at the prospect of this new campaign in helping to cultivate a culture of philanthropy at Cal Poly,” said CLA Assistant Dean for Advancement David Cohune (Social Sciences, ’87). “Donors are partners in helping the College of Liberal Arts thrive and serve our students in the best ways possible, and they help uphold the many ways the College of Liberal Arts is indispensable to Cal Poly.

Special thanks to members of the 2018-19 Dean’s Advisory Council for their contributions to the College of Liberal Arts.

To learn more about CLA Power of Doing initiatives, contact: