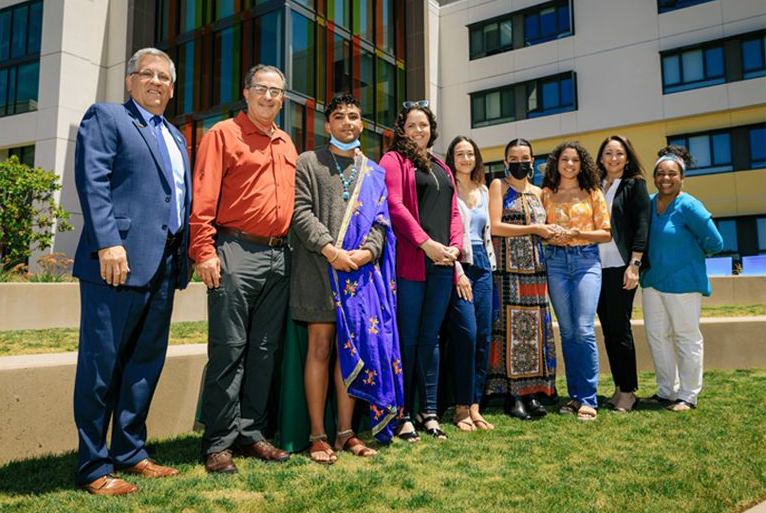 In May, several members of the campus community were honored during the annual President’s Diversity Awards Ceremony, celebrating achievements in advancing diversity, equity and inclusion (DEI).

The event was hosted by the Office of University Diversity and Inclusion (OUDI) and featured six awards, including a faculty award, a staff award, a student award, a campus organization award, a student group award and the new Dolores Huerta Sí Se Puede Award for Transformational Leadership.

Among the award recipients was the College of Liberal Arts Student Diversity Committee, a student standing committee that is advisory to the College of Liberal Arts (CLA) dean and associate deans in areas related to increasing and enhancing efforts and initiatives related to DEI in the college. The group was awarded the Student Group Diversity Award.

Recent graduates Solena Aguilar, 2020-21 (Art and Design), and Miaya May, 2020-21 (Ethnic Studies), co-chairs of the College of Liberal Arts Student Diversity Committee, said the student group has worked hard over the past year to create two webpages with resources for first-generation students – one on the CLA website and one on the OUDI website.

“After we launched this first site for CLA, OUDI heard about it and took it on also, so it became a university-wide website,” Aguilar said. “I think we were also recognized because we went above our first audience base.”

Both sites offer a “one-stop shop” with resources relating to academic services, financial information, jobs, housing and more. The sites also link to a faculty page that the student group created, which students can use to contact various first-generation faculty and staff for support.

“We wanted to create one place where people could find what they’re looking for,” Aguilar said. “Then, they could also find all of these other things that they might not have otherwise known existed.” 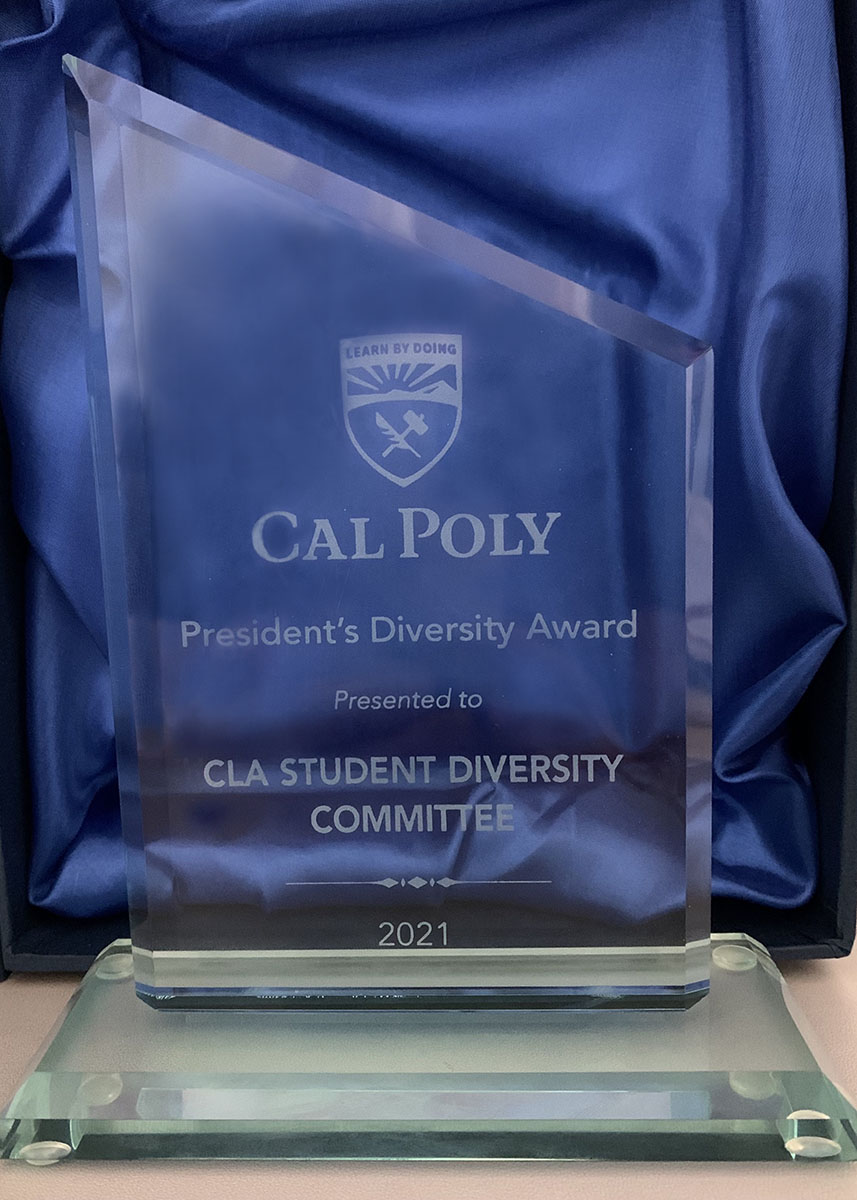 “As I was compiling the information, I couldn’t help but recall moments when I didn’t really know what resources existed for first gen students on campus or where to find other first-generation folks outside of EOP, another program I’m a part of,” May said. “It encouraged me to get the page up and running, so other first gen students could have one organized source for resources that are at their disposal.”

Both alumnae said the awards ceremony was a positive experience and it was nice to be recognized. May said, “I felt honored when I found out that the student diversity committee had won the Presidents Diversity Award. It felt like our hard work was being recognized, which is something that doesn’t always happen. I’m just so proud of everyone on the committee and it felt so validating to be recognized”

“It was so empowering to be surrounded by so many people that are doing similar work as we are,” Aguilar added. “It really made me feel like I wanted to continue this work.”

Psychology and Child Development Professor Amber Williams received the Faculty Diversity Award at the ceremony. Williams is involved in several organizations that focus on diversity, equity, and inclusion, including the CLA’s Faculty Diversity Committee, the Academic Senate’s Diversity Committee and the university committee on Recruitment and Retention of Underrepresented Faculty, Staff and Students, as part of Cal Poly’s current reaffirmation process with their accrediting body.

Williams is also a member of the OUDI Advisory Board, and she co-led a diversity, equity and inclusion (DEI) assessment of Campus Health and Wellbeing over the last two quarters. Other work that Williams has done over the past year to promote diversity include her co-authoring two publications on racism and diversity in workplaces. She is also one of the College of Liberal Arts’ original 2017 cluster hire focused on DEI curricular coverage.

Similarly to Aguilar, Williams said the environment of community at the ceremony was inspiring. “I just feel really honored and fortunate to work with people who value this work, because that is not the case everywhere,” Williams said.

Williams also said she is looking forward to continuing her work to promote diversity, equity, and inclusion on campus. “My teaching is constantly evolving to take into consideration current events and issues that are affecting marginalized folks today,” Williams said.

A full list of the awards and recipients is available in the June 9, 2021 Cal Poly Report.