Cal Poly’s Graphic Communication Department has met its $200,000 fundraising goal for a new endowment in honor of the late Eric Steinbach, a longtime supporter of the program and the university. 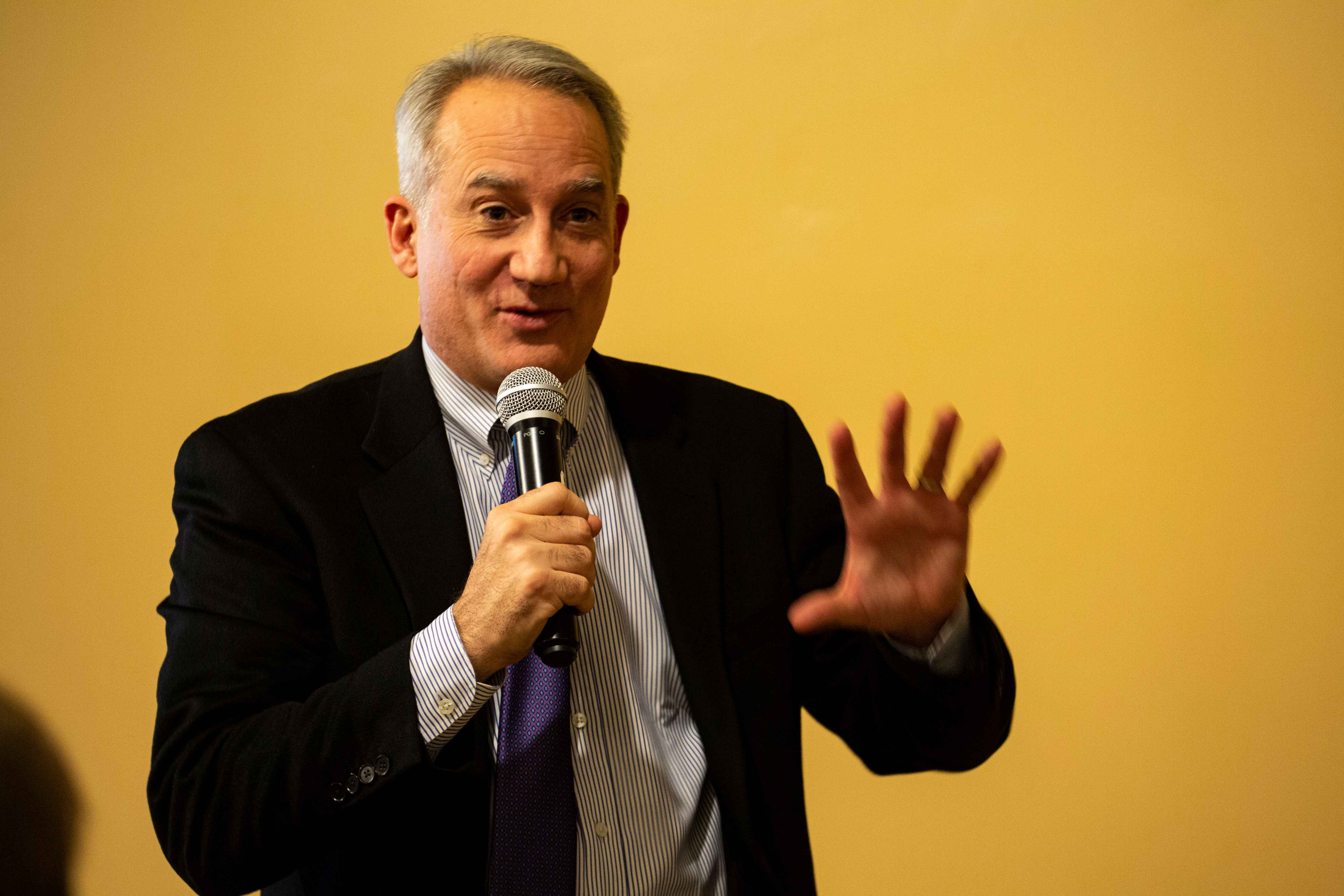 The department reached its goal thanks to a $100,000 matching grant from Quad/Graphics, which was presented by Quad/Graphics Chairman, President and CEO Joel Quadracci during Cal Poly’s annual International Graphic Communication Week celebration held Jan. 23 at the Madonna Inn in San Luis Obispo.

The initial $100,000 raised for the endowment came from family and friends of Eric Steinbach, Quad employees; Cal Poly alumni, faculty and staff; and corporations and investment funds. 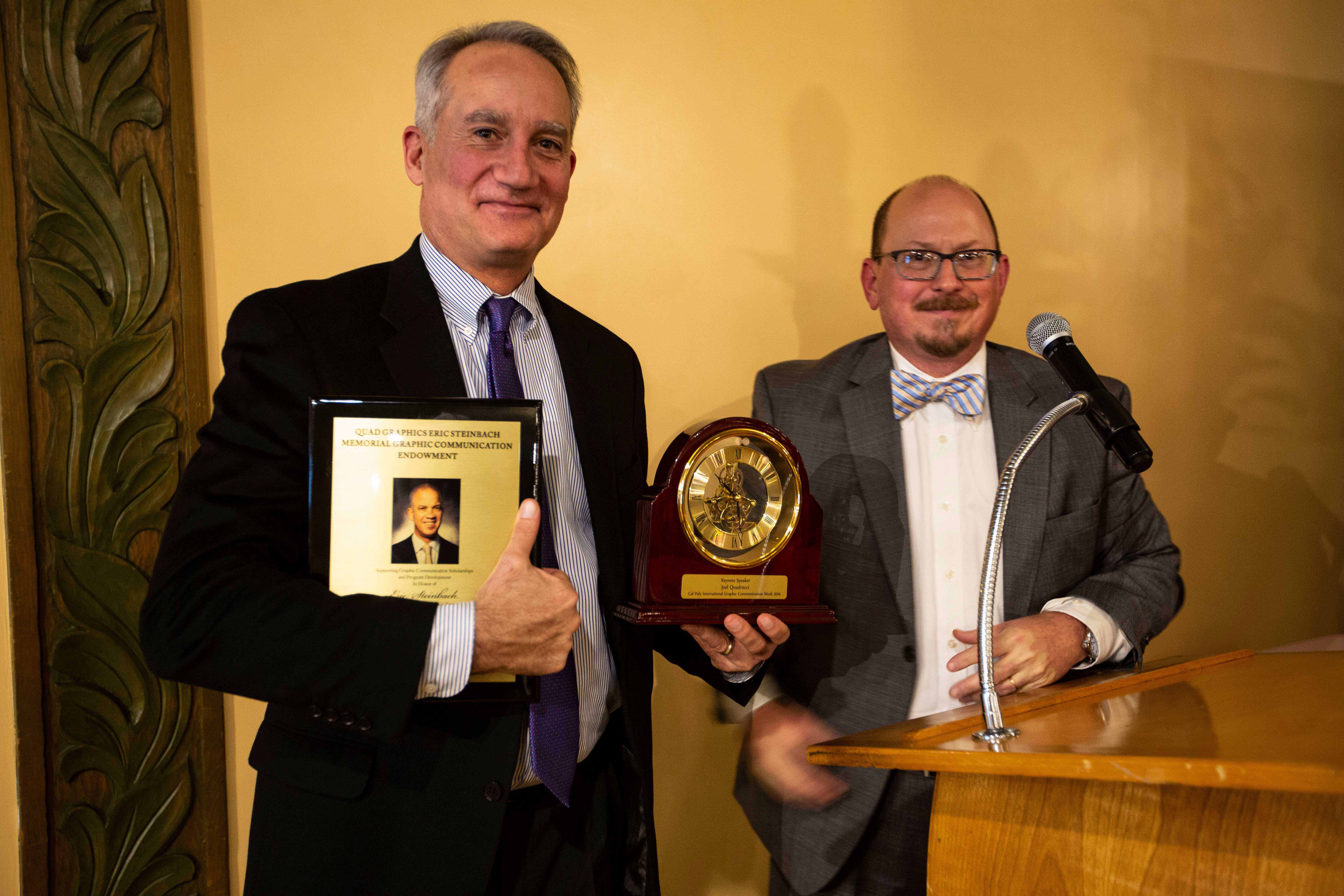 Proceeds from the Quad/Graphics Eric Steinbach Memorial Graphic Communication Endowment will be used to award student scholarships and for graphic communication program development. Steinbach, formerly president of publishing solutions for Quad, served on Cal Poly’s Graphic Communication Department Advisory Board for 24 years and was an advisor to faculty and a mentor to many students. He was also instrumental in developing resources for the construction of a computer management lab at Cal Poly.

“Eric touched so many lives during his time at Quad, and many more at Cal Poly and throughout the graphics communication community,” Quadracci told more than 200 attendees at the celebration, including Cal Poly faculty, staff, administrators and industry leaders. “This endowment allows his incredible printing industry legacy to continue for generations to come. I’m particularly proud that so many of our employees chose to contribute to the endowment. Their support symbolizes the respect they had for Eric — a man whose business acumen was only overshadowed by his genuine desire to help others.” 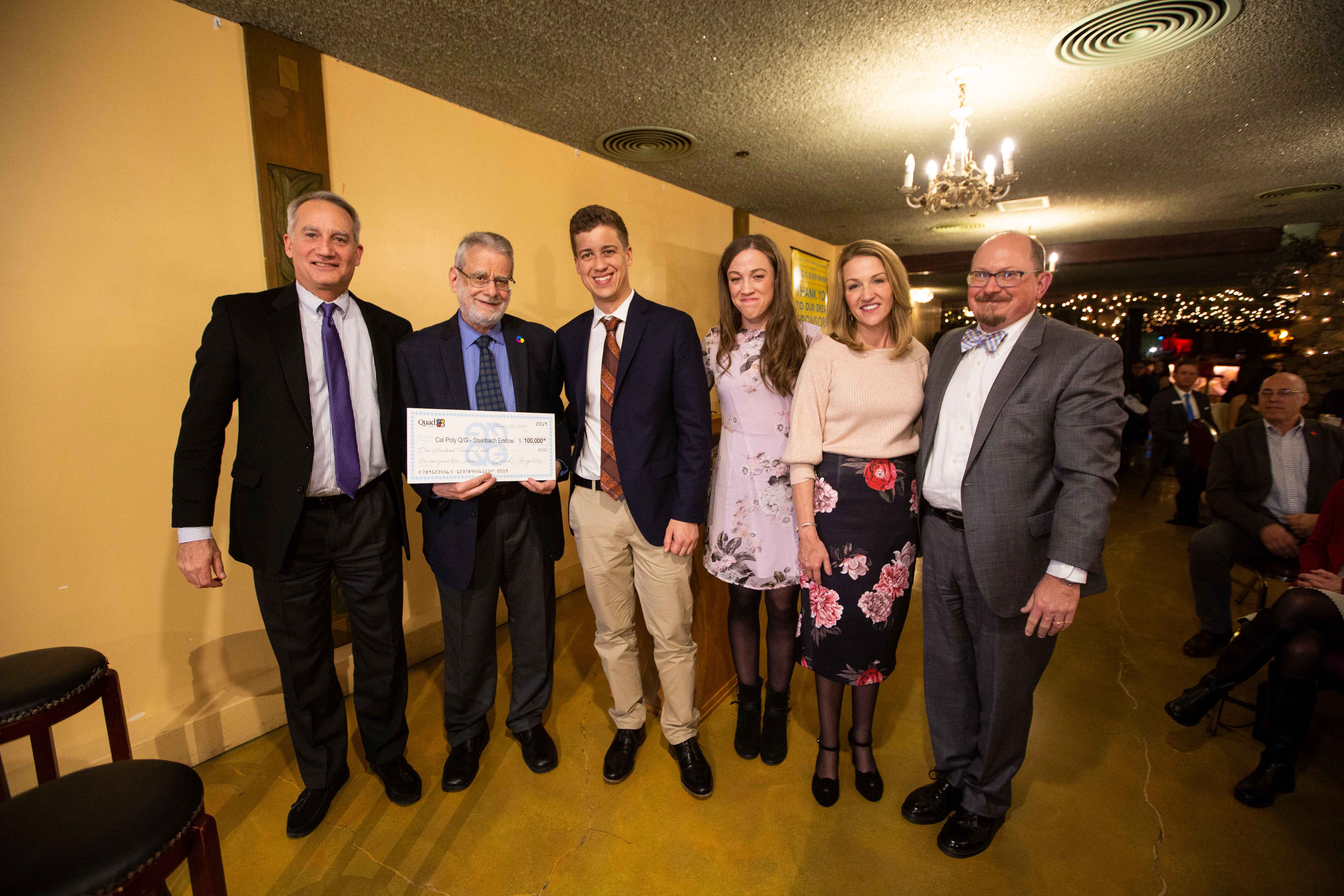 Quadracci addressed several topics at the banquet during an on-stage interview conducted by Cal Poly Professor Emeritus Harvey Levenson, former head of the Graphic Communication Department. Quadracci spoke about Eric Steinbach and his commitment to the printing industry, Quad’s corporate culture and its commitment to gender equity and diversity, and where the graphic communication industry is heading and how students can prepare themselves to successfully help companies address the present and future communication needs of society.

Ken Macro, department chair of Cal Poly’s Graphic Communication Department said, “It is an honor and a privilege to have Mr. Quadracci here for this momentous occasion. His tribute to Eric Steinbach’s contribution to the industry and education is commendable and will be forever memorialized here at Cal Poly. Many thanks to Quad/Graphics and to the Steinbach family.”