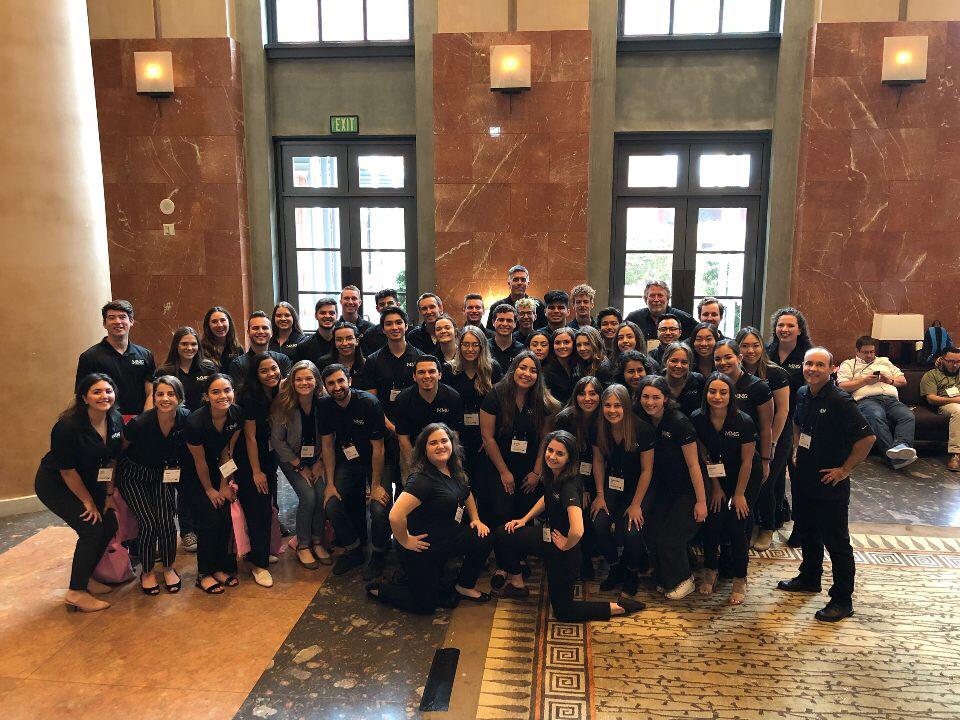 More than 50 student staff from the editorial and
business branches of Mustang Media Group attended
the ACP/CMBAM national college media convention
in La Jolla, CA on March 2 and were recognized with
46 state and national awards.

“We are thrilled that Mustang Media Group placed in every platform among the top student media in the country,” said Editor-in-Chief Austin Linthicum, a junior majoring in business administration. “From our brand new website and updated newspaper format to social media and business strategy, we are honored to place first in the country and look forward to continuing to innovate in the future.”

“Mustang Media Group’s recognition among the best student media in the country reflects the growth and integration of the editorial, advertising, broadcast, and radio branches of the student-run media organization,” Mustang Media Group general manager Paul Bittick said. “Our hardworking students are the best in the nation and so deserving of these honors.”

CMBAM Media Company of the Year 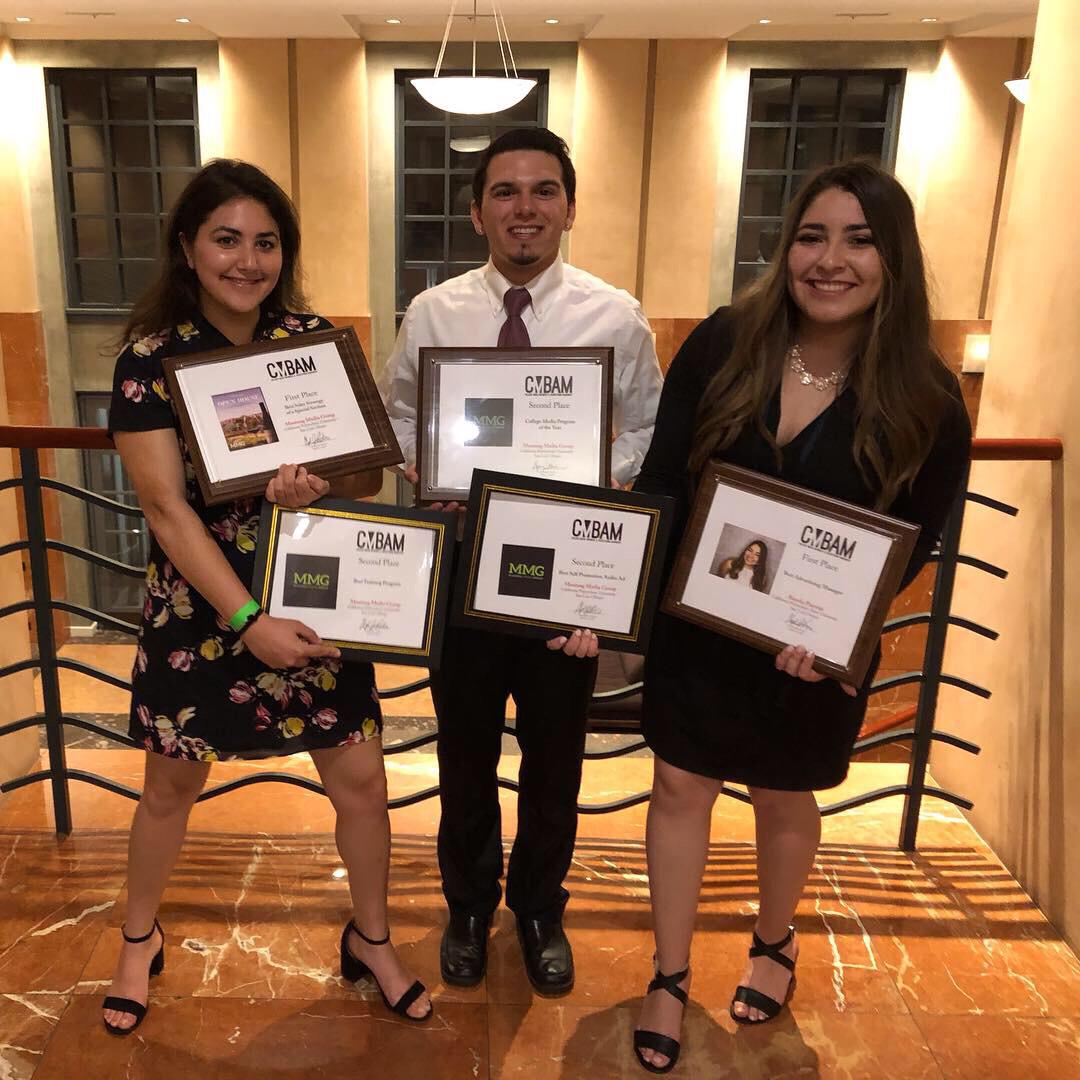 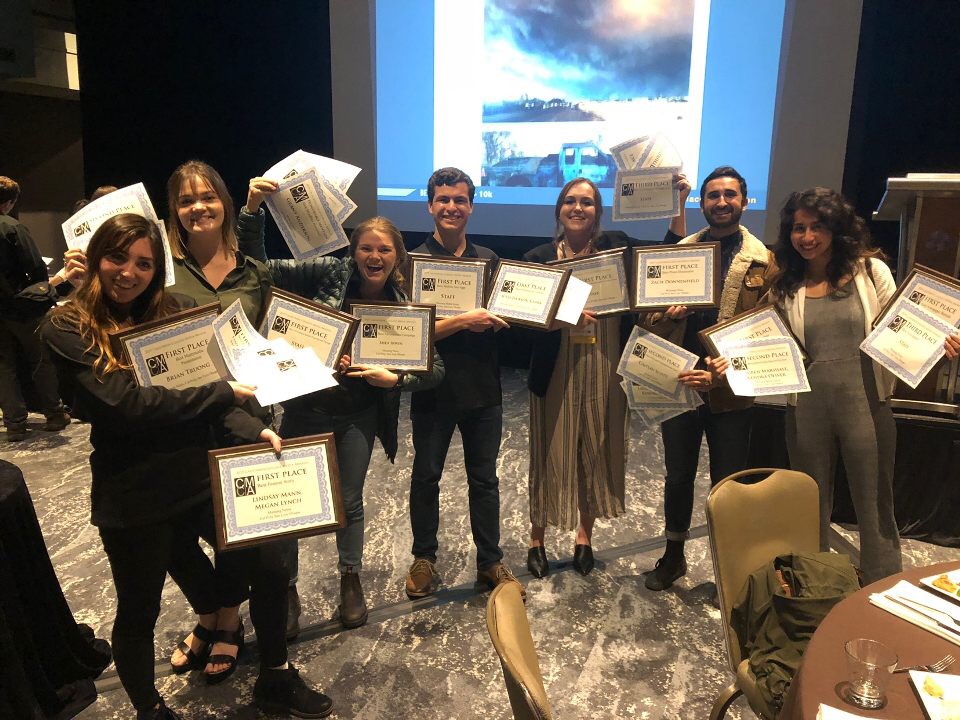 ACP’s Pacemaker Awards, collegiate journalism’s preeminent awards, are granted by the Associated Collegiate Press, a national college media association, and have been presented annually since 1927. Mustang Media Group was not able to accept the Pinnacle and Pacemaker Finalist Awards at the ACP/CMA National College Media Convention, Oct. 25-28, 2018, in Louisville, Ky, due to California’s travel ban, but accepted the awards at the March 2 presentation in La Jolla, CA.

Associated Collegiate Press is a national nonprofit member association of collegiate journalism and student media leaders with over 650 members. CMBAM is a national awards competition founded in 1972, focused on business and advertising, and has over 125 member schools nationwide. The California Collegiate Media Association is composed of staff, advisers and supporters of college news media in California.

The state and national awards are presented by ACP, CCMA and CMBAM to the best college media programs and individual work in the country, and allow student work submissions from any college media organization. The organizations recognize outstanding work in advertising, broadcast, design, online media, photo, sports and writing categories, as well as organizational achievement for newspapers, stations, magazines, websites and yearbooks of 2018-19.