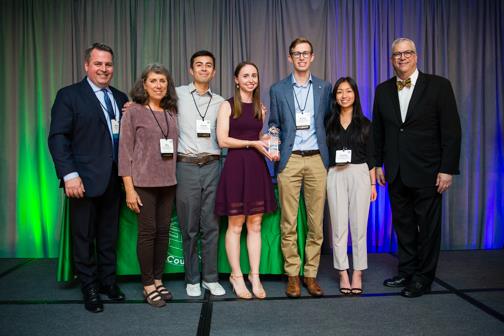 Students were asked to submit package designs for a project in the class ART 437: Graphic Design III. Graphic design students (Gerughty and Fulton) worked closely with Industrial Technology students (Salles and Truong) to create a cohesive design creative and user-friendly packaging. Fulton and Gerughty noted how interdisciplinary collaboration contributed to their final product.

“I learned how much collaboration helps in design,” Gerughty said. “All four of us working together made something really amazing.”

The team had the opportunity to travel to Chicago, Illinois and Atlanta, Georgia in October for conferences and award ceremonies with the Poly Packaging Club.

“Everyone in the packaging industry was really excited to see young people at the conference and talk to us about our design process,” Gerughty said.

In addition to taking advantage of the networking opportunities at the conference, the team was surprised with an award. Their project had placed 2nd in the nation. 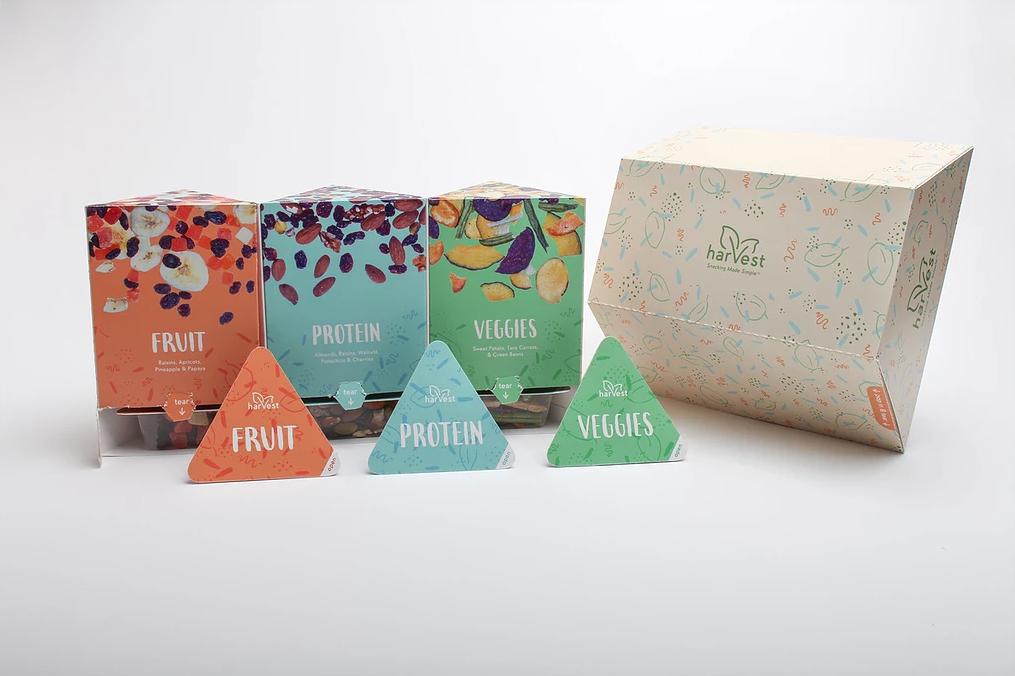 “It was a really exciting feeling,” Fulton said. “It felt like a lot of hard work and all the multiple rounds of revision we worked on really paid off. I think going to Chicago with the Poly Pack club was a really neat experience — especially getting more insight on packaging in general and the ways a graphic design student can be involved in that.”

Both Fulton and Gerughty graduated in Spring 2018. Fulton now works at as a graphic designer and a production artist at J Carol Screenprinting and Embroidery in San Luis Obispo. Gerughty is now a designer at Shutterfly in the San Francisco Bay Area.