The Walt Disney Imaginations Design Competition invites students to showcase their ideas for themed Disney attractions. This year’s competition prompted teams to create an experience exploring a natural or ancient wonder of the world.

From a young age, Branch knew he wanted to work in the theme park industry. He seized the opportunity to enter the competition the moment he met the junior-standing requirement for competition entry.

“I was probably a freshman in high school when I found out about the competition, and I knew that as soon as I was eligible, I would enter,” Branch said. “And I did.” Branch’s team designed an experiential resort called Port Pharos, which was based on the historical lighthouse of Alexandria in Egypt. Combining ancient Egyptian mythology with the history of the lighthouse of Alexandria, Branch’s team’s design placed second out of more than 250 total entries. 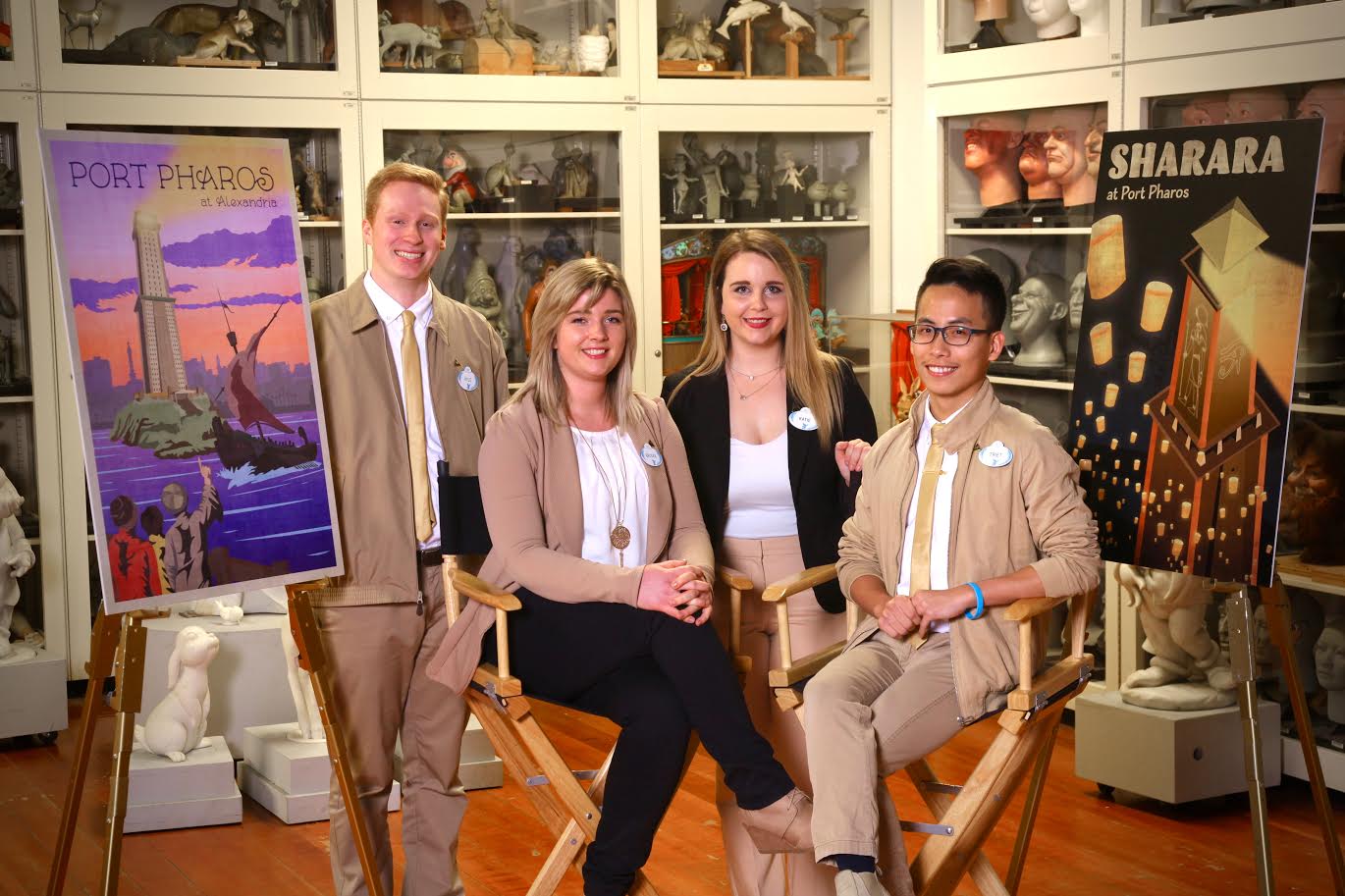 Branch’s team was composed of students from three different states and time zones, which posed a challenge. However, Branch said that despite these work challenges, the team’s similar vision and passion for the theme park industry motivated them to stay on track.

“We still found time to talk every week about our progress and give each other feedback,” Branch said. “It’s been a really great team environment."

After the team was declared finalists, the team was paired with a mentor from Walt Disney Imagineers. Their mentor gave them feedback on their projects and helped them complete their vision before the final competition in early February.

“To me, what has always been special about theme parks and Disney parks specifically is how you can walk into the park in modern day and suddenly you’re transported back in time, or to another planet, and really become immersed in that different place,” Branch said.

Branch has internship experience at Universal Creative and is a leader in the Cal Poly Amusement Park Engineers and Designers Club. When he joined, he was the only liberal arts major in the club. Since then, he has watched the club grow and even served as its president last academic year.

Branch said his Art & Design professors have supported his dream of working in theme parks and have allowed him to pursue projects in class that will help him achieve this goal.

Upon graduating in the fall, Branch said he hopes to continue working in the theme park industry and creating stories through immersive design.

“I think the idea of being transported somewhere else can appeal to people of all ages,” Branch said. “It can appeal to not only kids, but also kids at heart, and to families as a whole. I’ve experienced firsthand how impactful being put in that environment can be on having a shared experience with friends and family."