Two CLA students were part of the third-place team in the 48-Hour Repack Competition, hosted by the Institute of Packaging Professionals and sponsored by Coca-Cola and Mondelez. 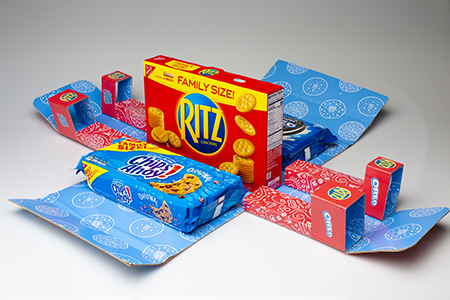 The team only had 48 hours to create their product.

The team was challenged to create a variety package for Chips Ahoy, Oreo, and Ritz snacks for Amazon delivery. But here’s the catch — they only had 48 hours to complete the project.

The team had 48 hours to create the structure, print out the graphics, build prototypes, shoot and edit a video, edit and submit photos, and submit a full report about the packaging. Irwin said they worked all weekend long and barely made the deadline — with fast Wi-Fi to thank.

After making the top 10 submissions, the team was invited to attend a conference in Atlanta, Georgia, at which they presented their projects to professionals from around the nation. They were awarded third place and won a cash prize of $1,000. 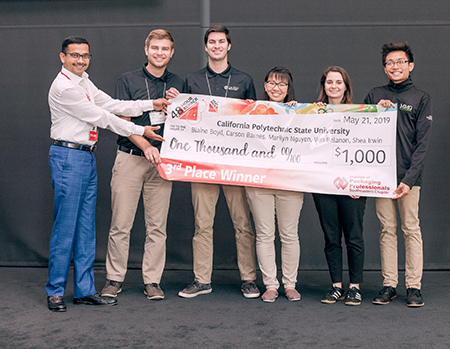 “We were running on three hours of sleep and it was a lot to take in,” Balanon said. “It was a really cool experience.”

Beyond presenting their projects, the conference was a great opportunity to pass out resumes and connect with professionals in the field.

“It was really cool to connect with professionals and ask them things about what we want to do after college,” Balanon said.

Although the fast pace was stressful at times, Irwin said the competition was a great learning experience and an opportunity to network and see work from students across the nation.

“This is a great thing to put on our resume,” Irwin said.