Political Science sophomore Rob Moore was elected as an Assembly District Delegate for the Democratic Party.

Moore is now the youngest delegate in California District 35 and one of the five youngest in the state.

Moore was sworn into office in May 2019, but his experience in local government started long before becoming a delegate. He was one of the main organizers for Measure G, a measure that sought to ban oil wells and fracking in areas of San Luis Obispo county. 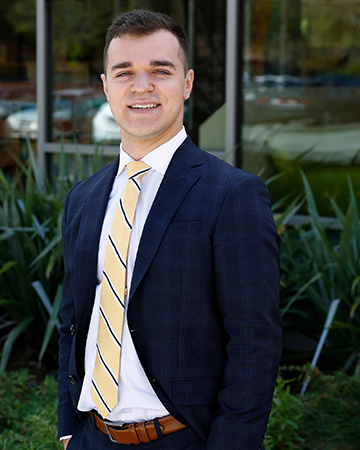 “I got involved in politics because I think it’s an excellent way to make an impact and change the world,” Moore said.

As an assembly delegate, Moore will be involved in shaping the party platform and deciding on issues District 35 will work on for the two-year cycle. He plans to be active in the environmental caucus, which will fight for more environmental legislation.

An active member of Cal Poly Democrats, ASI Board of Directors and Ethical Eating Club, Moore brings his political activism to campus as well. He said his political science classes have helped him work to understand complex issues in both local politics and international politics.

“My major has been huge,” Moore said. “It has given me a lot of different perspectives on politics and given me insights I wouldn’t have otherwise.”

Though only a sophomore, Moore already has big plans post-graduation: He wants to return to his hometown of Los Gatos, Calif., and get involved in local government in his community. Moore’s larger career goal is to become a senator one day.

“I think it’s important to represent the experiences of young people because they make up a huge portion of the population and we’re very underrepresented in politics,” Moore said. “I think if someone has the means and the desire and the drive to do it, you should, because we have such different perspectives and experiences.”