Adjunct Professor English Lisa Coffman’s poem, “Everybody Made Soups”, was recently read on The Writer’s Almanac with Garrison Keillor. Authors submit published books of poetry to the show for a chance to have a poem read on air. Coffman’s poem was selected from her book “Less Obvious Gods." 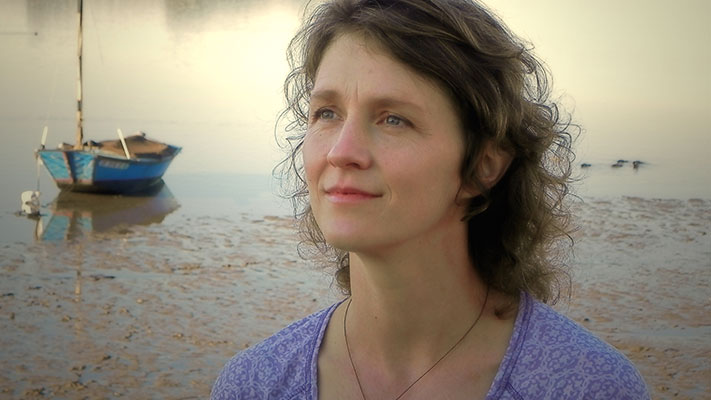 “This was flat-out joy,” Coffman said about the reading. “It was just as good as I dreamed it.”

Although Coffman has won several awards throughout her career – including a substantial grant from the Pew Charitable Trust Foundation – she says there’s nothing like the “crystalline” feeling in the air when everyone is listening intently to one of her poems being read. The philosophy of the heard poem is something that Coffman values highly, such that, if one of her students comes to her office for help with a poem, she has them read it aloud before she looks at it. “It’s so important to liberate the poems from the page,” she says.

If you have trouble hearing this audio file,
please listen on The Writer's Almanac website.

Coffman’s poem focuses on the time immediately after the holidays when she makes soup from leftovers. She was inspired by the emotions that come with the completion of a year. She says it’s a time when we all look to the upcoming year with positivity, but we also contemplate the things that didn’t turn out as planned in the past year, for better or for worse. “I think the message,” Coffman says, “is that you need [leftovers] to make really good soup – both literally and figuratively.”

From childhood to early adulthood, Coffman lived in the remote region of Eastern Tennessee known as Appalachia (pronounced “appl-atch-a” if you’re from the area). The landscape has had a huge influence on her life and on her writing. She says the cadence of the area dialect, including the relish people have for it and the way they play with it, has shaped her writing as well.

After it all, the events of the holidays,
the dinner tables passing like great ships,
everybody made soups for a while.
Cooked and cooked until the broth kept
the story of the onion, the weeping meat.
It was over, the year was spent, the new one
had yet to make its demands on us,
each day lay in the dark like a folded letter.
Then out of it all we made one final thing
out of the bounty that had not always filled us,
out of the ruined cathedral carcass of the turkey,
the limp celery chopped back into plenty,
the fish head, the spine. Out of the rejected,
the passed over, never the object of love.
It was as if all the pageantry had been for this:
the quiet after, the simmered light,
the soothing shapes our mouths made as we tasted.