Paul Cousineau (Graphic Communication, ’85) was in the first student chapter of the Technical Association of the Graphic Arts (TAGA) while an undergraduate at Cal Poly in 1985. 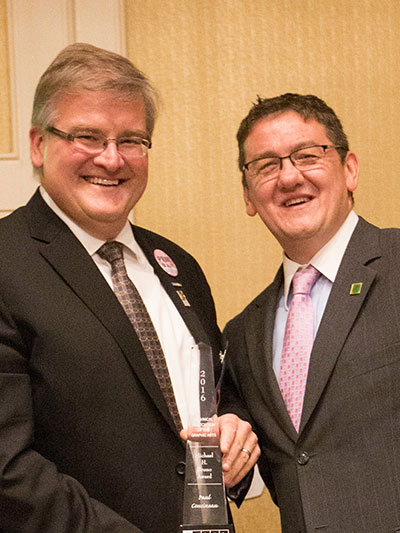 Cousineau is vice president of prepress operations for Dow Jones and Company. Among his accomplishments, he is responsible for technical advances made in the production of The Wall Street Journal, making it one of the most viable and profitable daily newspapers in the world. Cousineau helped introduce color to the publication and advance its distribution through satellite transmission and other electronic delivery means.

TAGA is an international research organization of printing industry professionals and students in accredited graphic arts programs. It was established in 1948 as a forum for reporting on new research and technology in the graphic arts. It has a long history of distinguished annual conferences. Cal Poly professors and students have presented papers over the years at TAGA conferences held throughout North America.