Five Cal Poly students presented their work at the first Gender, Race and Sexuality Undergraduate Conference, which was hosted at Fresno State University on Friday, April 26. 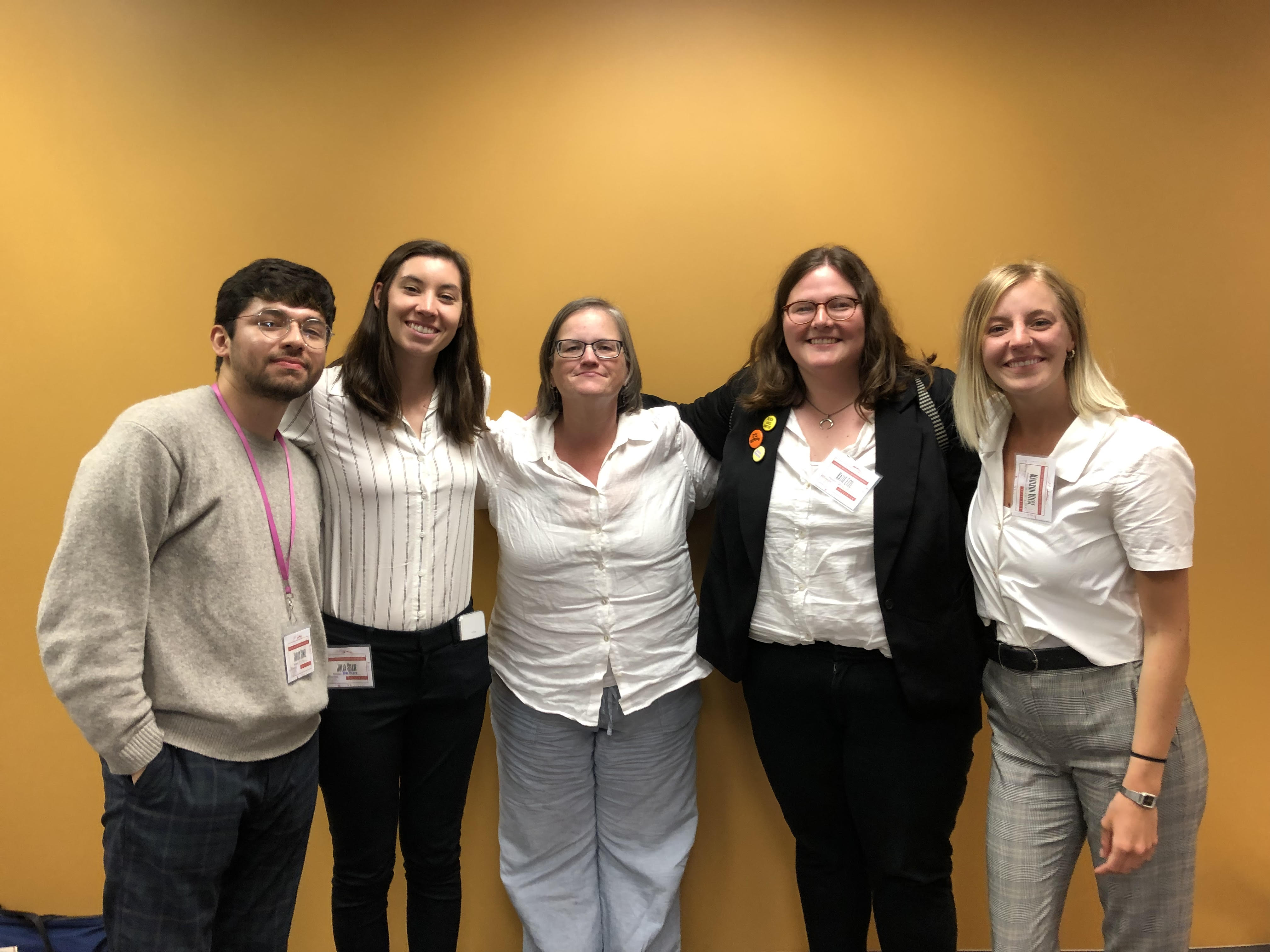 The student-run conference, which was the first of its kind in women’s and gender studies, allowed an opportunity for Cal Poly student activist-scholars and faculty to interact with students and faculty in similar departments across the 23-campus California State University (CSU) system. Topics discussed at the conference included cultural representation, history, literature, film, social media, politics and the CSU system.

Students traveled to Fresno State University for the conference alongside women and gender studies lecturer Dr. Ednie Garrison. Students presented their papers and were given the opportunity to network, discuss their papers, and talk about opportunities in the CSU system beyond undergraduate studies.

“Getting to be in that space with students from all over California talking about things we don’t normally talk about is really exciting to me,” said Weise, who is pursuing a minor in women and gender studies.

Ettl, who has four minors — ethnic studies, women and gender studies, queer studies and media arts, society and technology — gave a presentation on Original Women’s Narratives, which is Cal Poly’s alternative The Vagina Monologues, which has been critiqued by many feminist scholars. Original Women’s Narratives provides a more inclusive, community-based performance for students to share their experiences onstage. Ettl also presented alongside Gomez in a panel about navigating CSU campus climate as underrepresented students.

“The presentations we all produced are really reflective of the kind of work that the Cal Poly Women's and Gender Studies Department is trying to do on campus,” Ettl said. “It makes me really excited to see what the future of the conference and the department will be.”

The Gender, Race and Sexuality Conference plans to continue annually and travel to different universities. Cal Poly hopes to participate in the conference again in years to come, with the possibility of hosting the conference in the near future.

“I think our students would just love the opportunity to work on organizing an undergraduate conference like this, and I know the department would love to be able to help students to do that work,” Garrison said. “It would be a great opportunity for students to develop their organizational skills and programming skills. And what a way to operationalize the Learn by Doing philosophy of the university as well.”