Below is a list of Cal Poly student-athletes from the College of Liberal Arts who earned Big West Conference all-academic honors for Winter and Spring Quarters.

In order to be eligible for the honor, a student-athlete must maintain a 3.00 cumulative grade-point average or above at Cal Poly and participate in at least 50 percent of his or her team’s events. 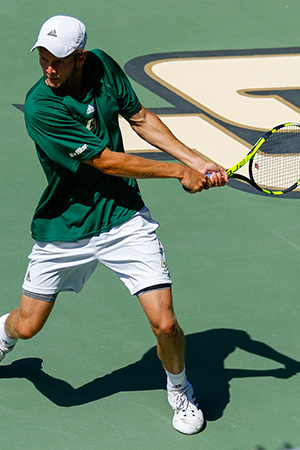 Josh Ortlip was named First Team All-Big West Conference in both singles and doubles this past season to help lead the men’s tennis program to its fifth straight Big West Tournament championship match.

Ortlip finished a team-best 14-7 in dual matches, all at the No. 1 spot. He was named Big West Men's Tennis Athlete of the Week twice to give him five for his career, good for sixth-most all-time in conference history.

For Ortlip, an English major, it was the second straight year that he was named to the All-Conference First-Team and the third time in his career he made an all-conference team. 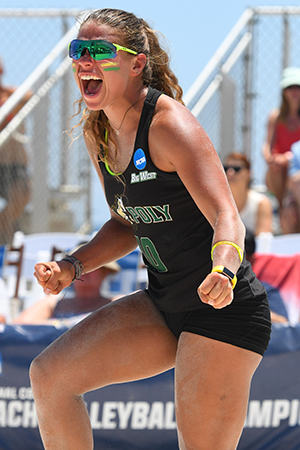 Macy Gordon, who was one-half of Cal Poly beach volleyball’s No. 2 duo along with Emily Sonny, was named First-Team All-Big West Conference this past season.

Gordon and Sonny finished the season with a 16-4 record, the best winning percentage on the team by any pair that played at least 10 matches together.

In addition, Gordon and Sonny were ranked as the eighth-best No. 2 pairing in the country this past season by collegebeachvb.com 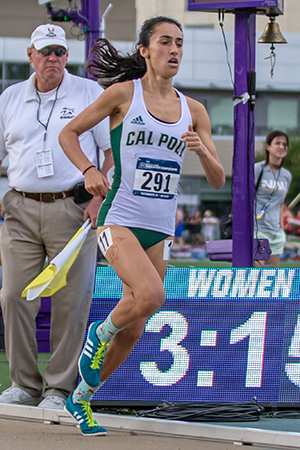 Cal Poly senior Miranda Daschian opened the NCAA Prelim Round of the Track & Field Championships for Cal Poly on May 23 by taking 33rd place in the women's 1,500 meters (eighth in Heat 4 in Sacramento, at 4:26.85).

She is now the Big West’s 10th runner ever to win both conference titles in the same year. In addition, Daschian was selected as Big West Track Athlete of the Week on March 26 following her meet-record 1,500-meter time of 4:25.01 at the Cal Poly ShareSLO Invitational.

Announced as the Mustangs’ 2019 Big West Conference Scholar-Athlete of the Year alongside 16 fellow recipients representing eight peer universities chosen from a total of nearly 2,500 student-athletes, Daschian was presented the award at a banquet hosted by Marriott Suites in Garden Grove on March 14. 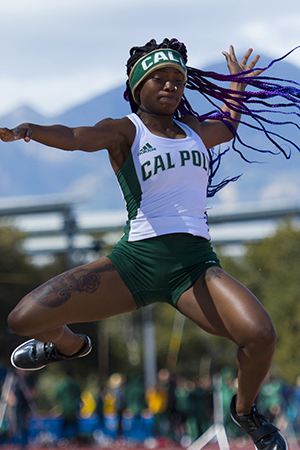 A Political Science major from Rancho Cucamonga, Rahman-Davies was only two spots back of advancing to Texas while improving her No. 4 ranking in school history for the event.

Rahman-Davies defended her conference title on May 11, winning the championship with a mark of 41 feet, 8.75 inches, becoming the Big West’s third woman in 36 years to repeat as a back-to-back triple jump champ.