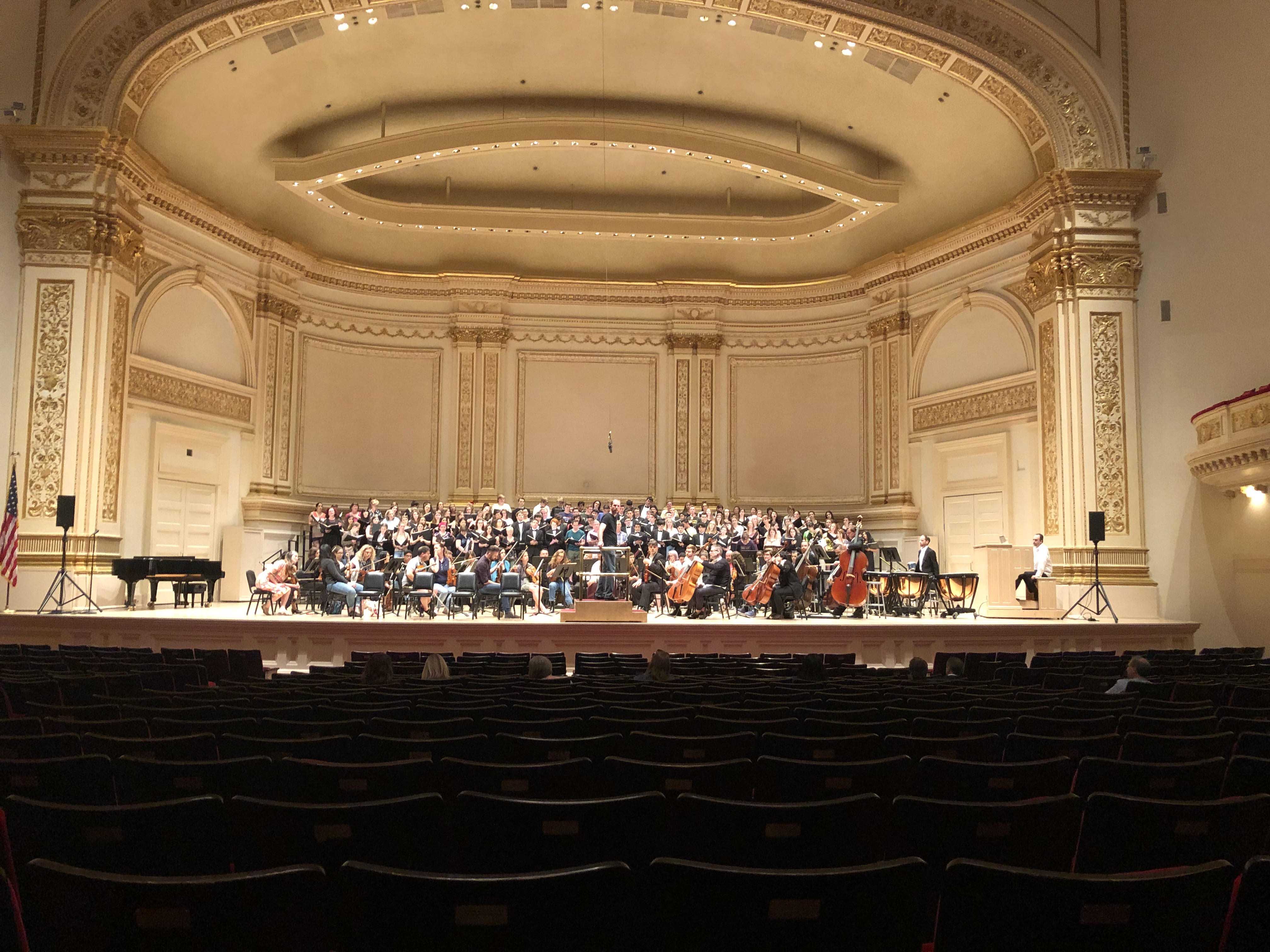 The performance featured 34 students from Cal Poly choirs, as well as members of the Wilton High School Symphonic Chorus of Wilton, Connecticut, and the New England Symphonic Ensemble.

“Carnegie Hall is one of those places that’s kind of like a bucket list item for anyone who’s a musician,” Glysson said. “It’s a wonderful space to perform in, but the most important thing about it is the history behind it. You’re talking about a place where Leonard Bernstein, Gustav Mahler, Tchaikovsky, Frank Sinatra, The Beatles — any famous musician you can think of has performed onstage at Carnegie Hall. So, when you walk out there and perform on that stage, it’s a pretty powerful feeling. It’s hard to put into words.”

Psychology and music sophomore Kylie Capella said the experience was well worth the hours of hard work and rehearsals leading up to the performance. While she waited in the orchestra room before the show, she looked up at posters and photos of renowned musicians from around the world who had performed there before her.

“I can’t say how lucky I was to have this experience,” Capella said. “I’m so happy Dr. Glysson made it so accepting and welcoming. This is my first year in choir, so being able to perform at such a well-known space is incredible. I never thought I’d be doing this.”

Students traveled across the country for the performance. Glysson said this travel experience is important for music students in order to provide a better understanding and connection to American music history.

This was also Glysson’s first time conducting in Carnegie Hall, and he said it was rewarding to share the experience with students. “For me, one of the coolest moments was watching all the students come out on stage for the first time and looking out at this place they’ve seen in pictures, knowing that they’re performing there,” Glysson said. “It was a fulfilling experience for me as a teacher, and for the students as well. It makes you feel more tied to the history of music.”