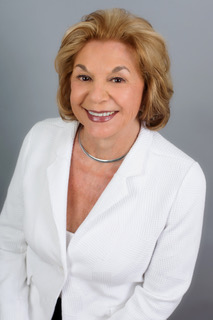 Marquis Who’s Who biographical volumes highlight noteworthy professionals based on accomplishments, positions held, and prominence in their given field.

During a more than 40-year career in higher education, Bataille held various administrative positions. She served as a university president, department chair, provost, and most recently, senior vice president for the American Council on Education.

Students have been the driving force of Bataille’s dedication to higher education.

“It’s inspiring to be constantly energized by students and their hope for the future,” Bataille said. “Especially because they are the future.”

Bataille transferred to Cal Poly in 1965, where she earned a bachelor’s degree in English and a master’s degree in education.

“Cal Poly has always been incredibly student-centered, even back when I attended and got my teaching certification,” Bataille said. “I felt supported by faculty and advisors to be able to get things done. Cal Poly was always there.”

Cal Poly’s student-driven Learn by Doing philosophy was highly valuable to Bataille, and it impacted her family as well. Her son, niece, and nephew all earned degrees from Cal Poly.

“I believe in education as a public good,” Bataille said. “The more educated people are, the better they are as citizens, as members of their community, and the more willing they are to support young people, whatever their ideas may be.”