History alum Sophie Rosales went from student to teacher just one year after graduating from Cal Poly. As an English Teaching Assistant in Vietnam, Rosales has taken her education and career worldwide and hopes to continue with a career path in diplomacy. 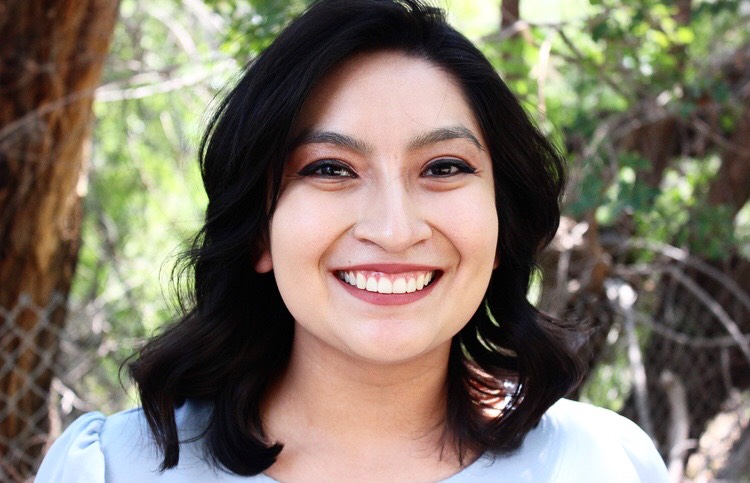 Rosales is teaching English at a community college in the Lao Cai province of Vietnam. This experience was possible through the Fulbright Program, a cultural exchange program that aims to improve cultural relations between the United States and other countries.

With more than 100 students studying tourism, Rosales is working to improve their English language skills. Because she is still learning Vietnamese herself, the language barrier forces her to get creative in the classroom.

“My favorite part has been my students. They’re amazing,” Rosales said. “Being able to interact with them in different ways is really fun. We use a lot of Google Translate, but it’s interesting to bond with them in a new way. I have to use a lot of body movements and play charades in class a lot for them to understand.”

While at Cal Poly, Rosales had minors in Asian Studies and Anthropology and Geography, studied Mandarin Chinese, and was a Resident Advisor in Poly Canyon Village. All these experiences, she said, helped her transition to teaching English as a foreign language in Vietnam.

For those looking to follow in her footsteps, Rosales recommends studying abroad or an international experience. Additionally, she said, Fulbright looks for students who have experience teaching, tutoring or volunteering. Before she was accepted to the Fulbright program, Rosales took a gap year traveling in Taiwan and was a substitute teacher in the United States.

As for school, Rosales said the most valuable part of her education was the connections she made with professors. Without support and guidance from her professors, Rosales said she would not be where she is today.

“I knew I had this passion for Southeast Asia and I didn’t really know what to do with it until they inspired me,” Rosales said. “They are the ones who told me to apply to Fulbright. Without their help, I probably would not be here today.”

“It really comes down to the connection you make with your professors,” Rosales said. “I still talk to my professors. They’re my friends. Making those bonds, not for my own gain, but to actually get to know them, was everything."