The following Cal Poly student-athletes from the College of Liberal Arts were honored on the 2017-18 Big West Conference or Mountain Pacific Sports Federation (men’s and women’s swimming) All-Academic Team for the winter and spring quarters. 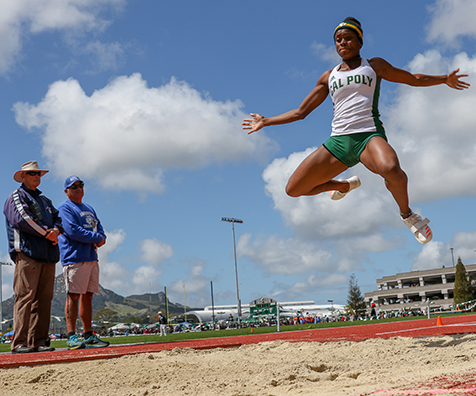 Her triple jump mark of 41’ 8.5” on April 28 dominated at the Blue-Green Rivalry regular-season finale vs. UC Santa Barbara, topping the rest of the field by 1-foot-7.

Iriafen ranked 34th west of the Mississippi heading to the First Round of the NCAA Championships, in addition to No. 4 in school history. She was No. 15 nationally among sophomores for 2018, including No. 7 regionally.

A Political Science major from Rancho Cucamonga (concentrating in Global Politics), Iriafen also earned the win at the Cal Opener this season, in addition to taking second at both the UCSB Tri-Meet and Titan Challenge, as well as third at the #ShareSLO Invitational.

Selected as a Big West All-Academic honoree, Iriafen also was named to the 2018 USTFCCCA All-Scholar Team.

Ortlip helped lead the Cal Poly men’s tennis team to the Big West championship match this past season after playing in the No. 1 spot all season, finishing with a 14-6 overall record. 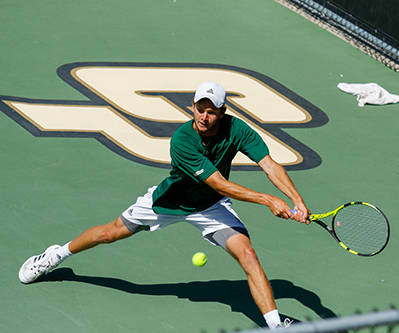 His singles success earned him a spot on the Big West All-Conference First Team. During the season, he earned Cal Poly’s Coca-Cola Athlete of the Week twice and Big West Men’s Tennis Athlete of the Week four times, becoming the 15th men’s tennis player in Big West history to ever do so.

Ortlip was also named to the doubles All-Conference First Team after going 11-6 alongside Axel Damiens primarily at the No. 1 spot.

He was also honored for his performance in the classroom, being named to the Big West All-Academic Team.

The following Cal Poly student-athletes from the College of Liberal Arts were honored on the 2017-18 Big West Conference or Mountain Pacific Sports Federation (men’s and women’s swimming) All-Academic Team for the winter and spring quarters. To be eligible, student-athletes must be a sophomore academically, maintain a cumulative grade-point average of 3.0 or higher and must have competed in at least 50 percent of their team’s scheduled events.