Cal Poly English junior Abigail Johnson was named the 2015 American Scholar Prize winner for a literary essay she wrote. She will receive her award and $500 at the English Department commencement ceremony on Sunday, June 14. 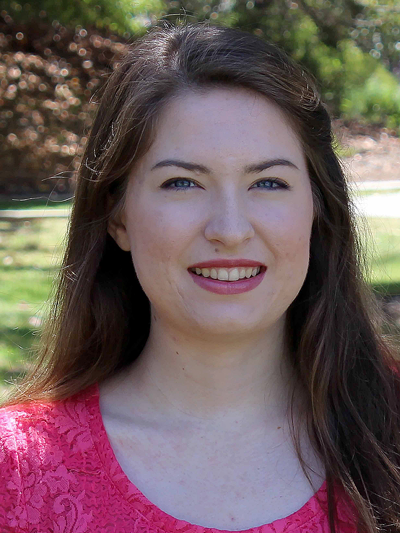 The American Scholar Prize is awarded annually. It was created by Linda Halisky, former English Department chair and College of Liberal Arts dean, to recognize a Cal Poly English major who exhibits an interest in literature and language.

Johnson’s winning short essay demonstrated to the selection committee that she understands the timelessness of literature and its ability to help understand the human condition.

Literature is “the dead coming back to life with their voices guiding us in a democracy from the grave,” she wrote, “and it is equality rising as we choose to accept the voices of those who have too often gone without a voice.”

For more information, contact the English Department at english@calpoly.edu or 805-756-2596.