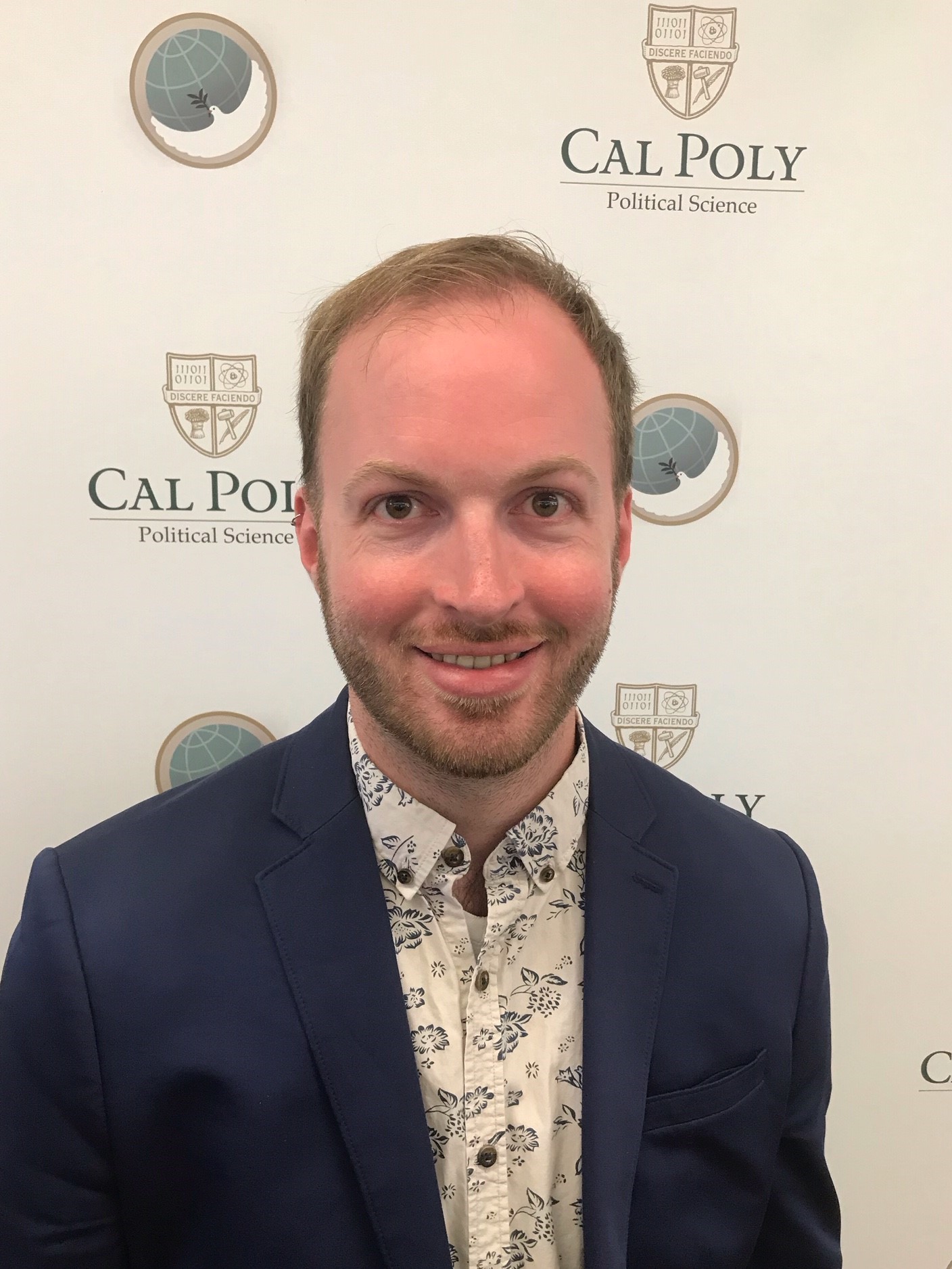 Professor R.G. Cravens will be one of 16 public fellows to pioneer the Public Religion Research Institute’s (PRRI) new Religion and Renewing Democracy initiative.

Cravens, along with three other professors from universities across the country, will specialize in the LGBTQ Rights section of the new project. The fellowship, which began in October, will last one year, but is renewable for a second.

“What I envisioned doing, as far as this fellowship, was to make information public that fully captures the lived reality of LGBTQ people,” Cravens said. “Most popular depictions — and even scientific studies — often fail to fully capture the experience of religious LGBTQ people.”

Cravens’ research examines the intersection of LGBTQ+ politics and religion, including his work through Cal Poly’s Research, Economic Development and Graduate Education (R-EDGE) Research, Scholarly and Creative Activities (RSCA) Grant for the 2021-2022 year.

“We tend to see what I call the ‘Will and Grace paradigm’ displayed which is that popular depictions of LGBTQ people are often centered on White, cisgender, well-off male characters who live usually in urban areas, and especially who are not religious,” Cravens said. “We also know from the social scientific research that LGBTQ people are religious for the most part – that is, a majority of LGBTQ people do affiliate with some faith tradition, and so, there’s a whole gap in the social scientific literature that doesn’t pay much attention to that intersection.”

Cravens’ new role will include developing research reports and blog posts that PRRI will feature on its website and disseminate to its professional networks.

In addition to conducting new research and making that information available to the public, Cravens said he is also excited for what this opportunity could mean for his own research.

“[PRRI has] surveys going back several years that have indicators for LGBTQ people measuring attitudes and religious behaviors of LGBTQ people and then attitudes about LGBTQ people,” Cravens said. “That will really help me contextualize what I know and what I’m researching.”

Additionally, Cravens will have the opportunity to collaborate on new research with three other professors on his team who also specialize in religion and LGBTQ+ studies.

“We will share what we know with one another, and we’ll try to develop a research plan to learn more information about how religion affects LGBTQ people and policy,” Cravens said. “And it won’t just focus on religious behavior as I do, but the others contribute specializations in sociology and psychology and in the other social sciences like religious studies.”

While the new role opens up various opportunities for Cravens, some of those opportunities may also be extended to Cal Poly students and community members.

“PRRI offers briefings to the public for its new data releases,” Cravens said. “Hopefully, I’ll be able to invite some Cal Poly students.”