PEDAGOGIES OF THE BROKEN-HEARTED: NOTES ON A PEDAGOGY OF BREAKAGE, WOMEN OF COLOR FEMINIST DECOLONIAL MOVIDAS, AND ARMED LOVE IN THE CLASSROOM/ACADEMY 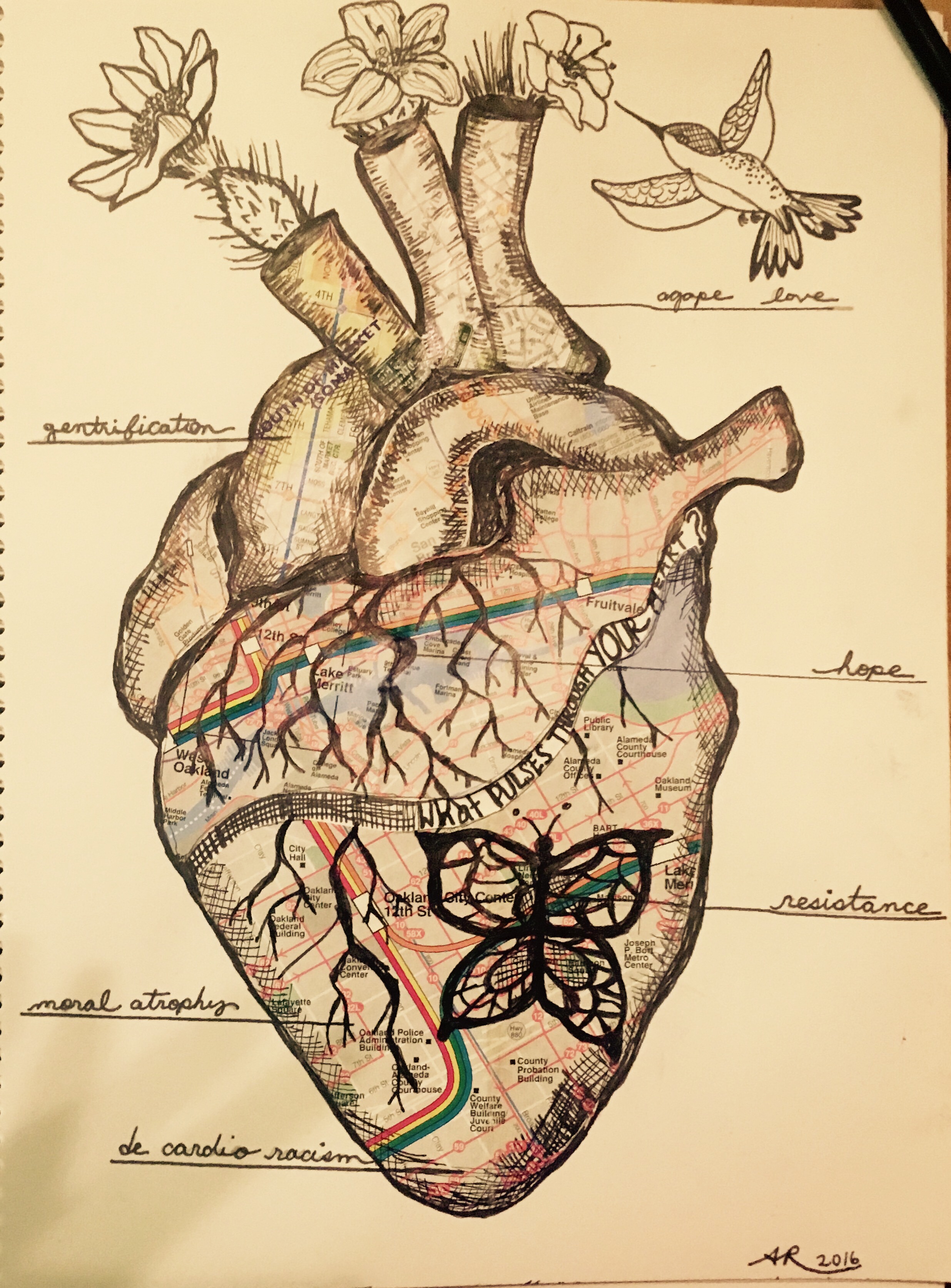 Feminist, praxis-oriented educational interventions have shaped teaching as an act of “armed love”— a transgressive movement to interrupt processes of domination. Inherent to a feminist critical pedagogy of love is also one of vulnerability, informed by our intersecting societal positions. In exploring how vulnerability allows us to “world-travel” and to unsettle pedagogical spaces, this lecture by Dr. Anna Ríos-Rojas, an associate professor in the Department of Education Studies at Colgate University, meditates on how art can move us to imagine alternate modes of living/loving together, towards “a pedagogy that breaks your heart.”

This event is part of the fourth Inclusion Starts with Me Teach in.

Watch a recording of the talk: 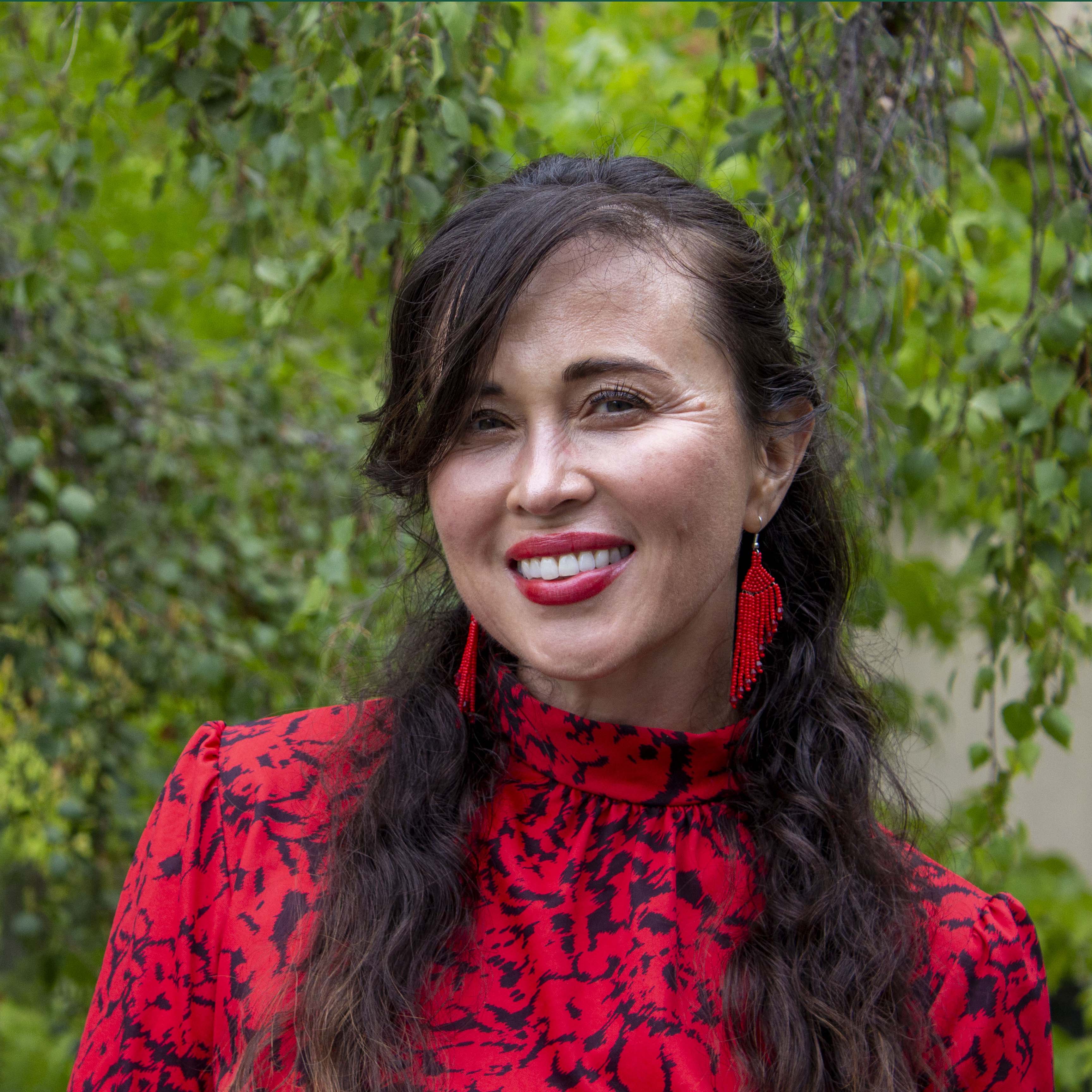 Anne Ríos-Rojas, who more often goes by Anna, is an Associate Professor in the Department of Education Studies at Colgate University and the 2019-2020 Susan Currier Professor at Cal Poly. Her research engages with im/migrant youth’s struggles for more expanded forms of belonging and greater humanship in Spain, Costa Rica, and the U.S. Both in the classroom and in her scholarly and activist work, she is also concerned with the ways a particular kind of love-ethic, culled from the experiences of those that are “heart-broken” by systems of oppression, might offer us new ways of being and feeling towards other kinds of (and kinder) worlds.

About the Susan Currier Visiting Professorship

The Susan Currier Visiting Professorship for Teaching Excellence honors the late Dr. Susan Currier, Cal Poly’s College of Liberal Arts’ beloved Associate Dean and Professor of English. The professorship made possible by a generous contribution from Susan’s late husband Max Wills, as well as donations from colleagues, family, friends, and supporters; commemorates and sustains Susan’s commitment to education and to the CLA.

Susan’s influence on college education extended beyond Cal Poly to Kabul, Afghanistan; she spearheaded a successful fund-raising campaign for a children’s center at Kabul University, making it possible for mothers to go to college. A champion of students and a highly effective administrator, Susan will never be forgotten due to her competence, her compassion, and her delightful sense of humor.

The Susan Currier Visiting Professorship for Teaching Excellence is a residential teaching professorship that recognizes superior teaching in the liberal arts, emphasizing the intersection between gender/women's issues and global justice/humanitarian concerns. Established as an endowment in 2007, the Susan Currier Visiting Professorship makes it possible for Cal Poly to host a faculty member with a distinguished record of teaching excellence and for the recipient to share their expertise and passion for teaching, social justice, and the liberal arts. Selected visiting professors teach new and innovative courses on topics related to their research and interests, and also present the annual Susan Currier Memorial Lecture. 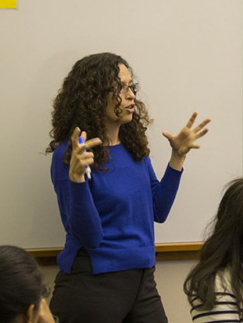 For the past 20 years, Professor Ochoa has taught sociology and Chicana/o-Latina/o Studies at Pomona College. She is an award-winning teacher and the author of three books, including Academic Profiling: Latinos, Asian Americans, and the Achievement Gap (2013) which has received multiple awards for its focus on eradicating racism.

She has worked in various after-school programs with students from sixth through 12th grade and has also taught K-12 educators. She speaks regularly at high schools and colleges and has collaborated with middle and high school teachers on various student-centered projects. She earned her Bachelor of Arts degree in sociology from UC Irvine and her doctorate in sociology from UCLA.

An associate professor and director of the Gender and Women’s Studies Program at the University of Rhode Island, Jody Lisberger was the recipient of Cal Poly’s 2013-14 Susan Currier Visiting Professorship for Teaching Excellence Award. While at Cal Poly, Lisberger taught WGS 470 — Crossing Borders: Women Writing Their Lives, in which students read memoirs by prominent women from around the world and use the texts to develop the advanced skills necessary to write their own essays. In February 2014, she delivered a presentation titled “Teaching to Disrupt Gender: Challenging the Myth of Disposable Women." Her talk explored her thoughts on the function of mainstream understandings of gender in historical and contemporary contexts. Lisberger contended that students who are encouraged to question the pervasiveness of this myth and explore its consequences are better prepared to respond to 21st century challenges and to work, collaborate and interact more responsibly and effectively in an increasingly diverse and transnational workplace and world.

Lisberger recently published essays and has given talks on “The Politics of Data,” “Feminist Co-Mentoring as a Model for Changing Institutional Behavior,” and “Pharmaceutical Marketing Choices: Why Women Should Take Heed.” She is also a prize-winning fiction writer and faculty member at Kentucky’s Spalding University’s brief-residency MFA in Writing Program. Her collection of short stories, titled “Remember Love,” received nominations for a National Book Award, Hemingway Foundation Award, and Winship/PEN New England Award.

She received the 2011 University of Rhode Island Faculty Excellence Award in Diversity Leadership and Scholarship. She earned her doctorate in English from Boston University, a Master of Fine Arts in writing from Vermont College, and a Master of Arts in English with distinction from Boston College.

The College of Liberal Arts and the Women and Gender Studies Department are very fortunate to bring Dr. Silvia Salvatici to Cal Poly as our next Susan Currier Visiting Professor. Dr. Salvatici will teach two courses for Cal Poly in Fall 2011. The first course, HIST 307: European Thought: 1800-2000, will focus on gender and human rights. The second course is WGS 470: Women Refugees of the 20th Century, crosslisted with Ethnic Studies (ES 470), History (HIST 470), and Political Science (POLS 470).

Dr. Salvatici is a women’s/gender historian in the Department of Media Studies at the University of Teramo, Italy. She focuses on European society, culture, politics and the media, with the intersection between women’s/gender issues and humanitarianism at the core of her teaching and research interests. Dr. Salvatici has published four books, several edited volumes, and 30 academic articles and book chapters during her career. Her early work investigated Italian society during the fascist period and analyzed the interplay between social dynamics and the politics of fascism from a gender perspective, examining the "model woman" promoted by fascist propaganda. Using Florence as a case study, her second book (with Anna Scattigno) analyzed female militancy and political culture, before the rise of the second wave feminism. Dr. Salvatici's current research analyzes the United Nations Relief and Rehabilitation Administration (UNRRA) humanitarian programs.

Dr. Ghada Talhami was born in Jordan to Palestinian parents. She earned a B.A. in Liberal Arts from Western College for Women, an M.A. in Foreign Policy from the University of   Wisconsin, and a Ph.D. in African History at the University of Illinois. Her interest in women’s issues was an outgrowth of her long years of focusing on Middle East history and politics, and on Islam as a social phenomenon of great relevance to gender.

Dr. Talhami is also interested in development studies, Palestinian human rights, the question of Jerusalem and many other facets of Middle East politics. The author of six books, four of which are on Egypt and one dealing with the Islamic mobilization of Egyptian women, Ghada is currently writing a   historical dictionary on Middle Eastern Women. She lectures widely on this topic.

A professor in the Department of Politics at Lake Forest College in Chicago, Dr. Talhami is the inaugural Susan Currier Visiting Professor for Teaching Excellence at Cal Poly in 2009.