After her study abroad program in Sicily was cancelled due to Covid-19, ethnic studies professor Elvira Pulitano decided to offer students a different kind of virtual abroad experience this year. 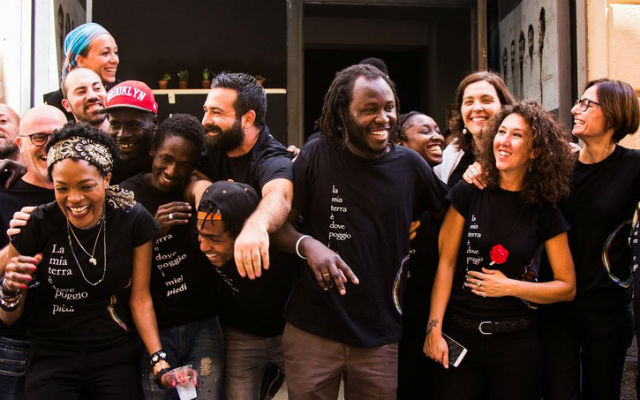 MoltiVolti functions as both a restaurant and “a laboratory of representation of a new society in which the exchanges among the diversity are on the base of development,” according to their website.

Both the MoltiVolti team and the Giocherenda team consist of young immigrants and refugees coming from countries including Senegal, Zambia, Mali, Gambia and Burkina Faso.

According to Pulitano, the workshops had students interact with MoltiVolti and Giocherenda via Zoom to understand an increasingly multi-ethnic and multicultural contemporary Italy.

“We focused a lot on how regional localisms in Italy play a strong role against a national sense of identity and examined the ever-changing nature of Italian identity since the country’s unification.” Pulitano said. “Today, as a result of the recent wave of migrations from Africa, the Middle East, and Eastern Europe, the significance of what it means to be Italian is once again shifting."

Fatima Salazar was one of Pulitano’s students fall quarter and was able to participate in the workshops offered through her class.

“These workshops were basically for us to better understand the Italian perspective as an immigrant,” Salazar said. “I didn’t realize Sicily was such a diverse part of Italy in comparison to the northern part.”

Though the online workshops may have been quite different from an in-person abroad experience, Pulitano said that there are benefits of having a virtual program.

“Most Cal Poly students cannot afford [to study abroad] because these programs are very expensive,” Pulitano said. “What I found out through the virtual exchange is that this type of education program can attract a diverse range of students by offering an enriching experience of global collaboration and learning without having to travel long-distances.”

Pulitano also said that she hopes to offer a longer virtual program working with the same two organizations, along with another partner organization based in Rome, for students during summer quarter. She would also like to continue to offer similar virtual programs in her ethnic studies courses once campus has reopened so that students who would like to participate in a more cost-effective cultural immersion experience may do so.