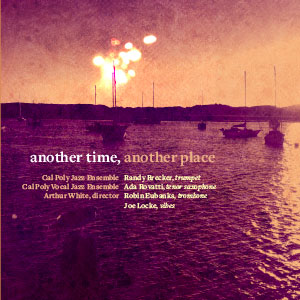 The album was organized by Director of Jazz Studies Arthur White, who released his first solo album during the summer.

"Cal Poly’s philosophy is also its pedagogical model: Learn by Doing. Little did we in the jazz program know that we would be doing that in an extreme and unprecedented fashion,” White said.

Due to the COVID-19 pandemic, the double album ended up being recorded by students in their own homes, according to White.

Computer science junior Ethan Zimbelman was one of these students.

“This album really came together once the pandemic started picking up and we were left without a place to rehearse or perform,” Zimbelman wrote in an email. “Dr. White realized that if we weren't able to perform a concert together, we could record an album from our homes!”

According to Zimbelman, students recorded their individual parts and solos on their own and White was then in charge of putting it all together.

“It was up to us as individuals to practice our parts and get our recordings in to Dr. White and make corrections as needed,” Zimbelman said.

The band also met once weekly over Zoom to rehearse.

According to White, guest artists like Grammy Award-winning trumpeter Randy Brecker and saxophonist Ada Rovatti were also featured on the album.

The album will be available through digital platforms including iTunes, Spotify and Amazon. All proceeds from the sale of the album will assist the Cal Poly Jazz Studies Program with recruiting, guest clinicians and artists, recordings and tours in the future.

There will also be a virtual release party on February 19 at 7:30p.m., according to Zimbelman.

“The students performed beautifully,” White said. “They did all of this work while transitioning to complete virtual learning, moving away from campus, and enduring.”

According to Zimbelman, the Jazz Ensemble will continue to make music virtually, “but everybody’s really looking forward to being able to play as an ensemble again.”