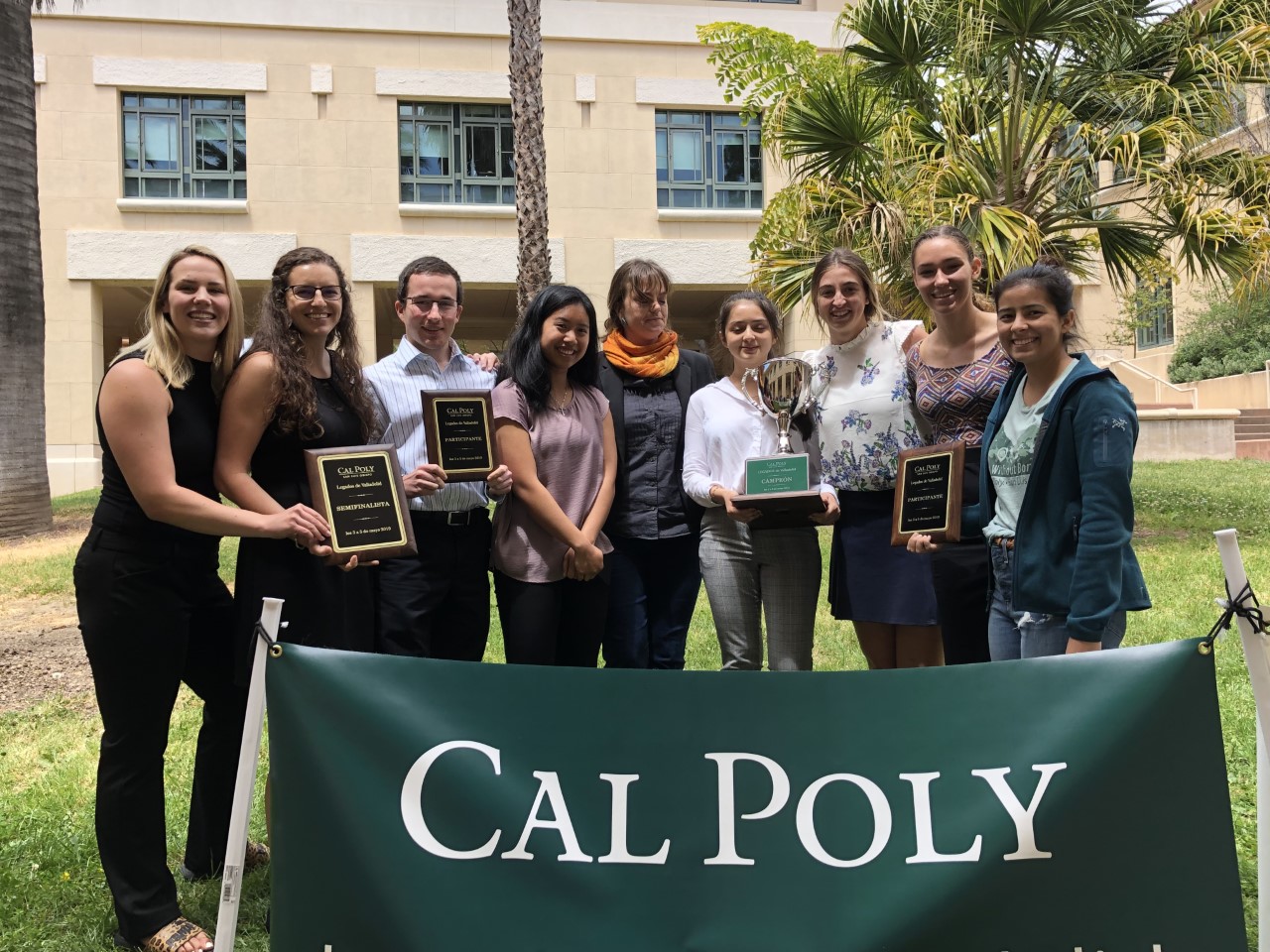 In 2017, Cal Poly’s Debate Team added a new component for bilingual students to participate in both English and Spanish debates. The debate team is open to students of any major, and Spanish-speaking students can participate in both intercollegiate national debates with the at-large team and in international opportunities with other Spanish-speaking students.

According to Spanish Language Debate Team Coach Marion Hart, this initiative aims to educate, equip and train students in Spanish advocacy, so they can then “advocate for themselves and their communities wherever they are after college.”

For English senior Jenny Doan, who is pursuing a Spanish minor, this opportunity allowed her to both improve upon her Spanish language skills and become a more confident speaker.

“Spanish debate is not your typical Spanish class in which the professor lectures about rules and concepts,” Doan said. “The main objective of Spanish debate is to communicate in the language. In class, we have done exercises to practice our persuasion skills in Spanish, such as finding a random object around our room and convincing someone to buy it.

“I think that every student who’s studying Spanish at Cal Poly should join the debate team for at least one quarter,” Doan said.

The team focuses on topics that are relevant to the modern world and community, including climate change and immigration policies. The group has also built relations with other Spanish-speaking debate teams both in the U.S. and abroad.

On April 30, the debate team will co-host its second annual Spanish civic debate with Centro de Enseñanza Técnica y Superior (CETYS), a private, polytechnic university in Mexicali, Mexico. This is the only Spanish-language civic debate in the United States, and has a slightly different format than that of traditional debates. “We are going to be debating against each other – so each university is in debates around issues that specifically touched [California and Baja California],” Hart said.

The topic of this year's debate is the ethicality of the Yuma desalination plant in Arizona. According to Hart, the plant is part of international treaty obligations to provide the Mexico with water.

"The creation of the [desalination plant] also inadvertently created a wetland that now protects endangered and threatened species. While the desalination plant has only run three times, every time it has been in operation, the wetland has suffered," Hart said. "But, as we see greater demand for water and less consistency in snow pack, the amount of water in the Colorado that reaches Mexico dwindles."

Hart said she plans to continue expanding the program and have the team participate in as many Spanish debates as possible.

Students who are interested in the debate team can email Marion Hart at mhart03@calpoly.edu.