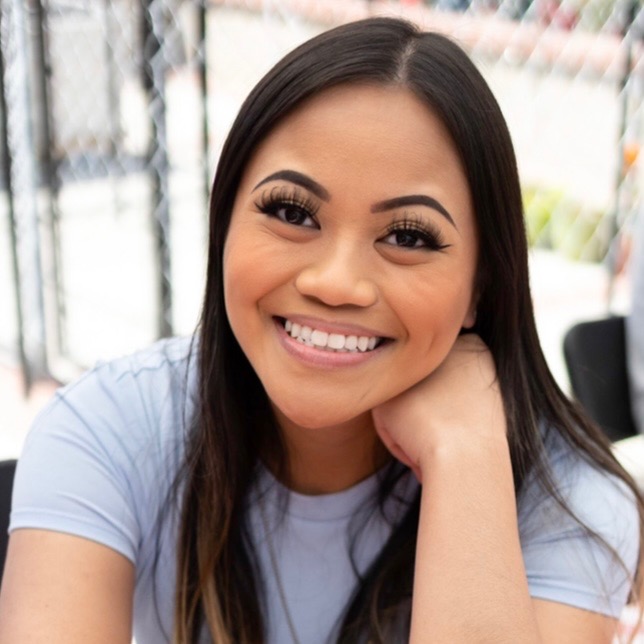 Romero had only been working at AP for a few weeks as the Inaugural Intern for the Global Investigations Team when her story began gaining national attention. In addition to being republished by the Washington Post, the Huffington Post, and ABC News (among many news organizations) Romero was invited to discuss her piece with multiple broadcast outlets, including an appearance on an episode of NPR’s All Things Considered.

Romero began investigating fake vaccination cards after hearing about vaccination requirements within schools and organizations, following her natural curiosity about how verification and enforcement would be handled on such a large scale. Through tireless research, Romero discovered multiple social media accounts selling fake vaccination cards to college students and reported the story that would reach a national audience.

She was initially surprised by the amount of recognition her article received. “I started receiving text messages from my family and friends who saw my story, or they saw my name in say, the Ventura County Star newspaper that I grew up reading,” Romero said.

As successful as her reporting was, though, Romero had overcome feelings of self-doubt to pursue her ambitions. “After all of this, it's reassuring to know that even though odds were stacked against me, I was able to conquer my fears and my doubts,” she said. “When I was applying to internships, I thought ‘I’m just going to apply everywhere and see if they will take me.’ But now, after those 10 weeks of my internship, I’m thinking ‘oh wow. I actually really like this, and I think I want to pursue investigative reporting in the future.’ I hope people can learn from my story that it’s possible for someone who is a woman and a person of color to have success.”

Out of all her recognition, Romero was most gratified by the positive changes universities made in response to the issues identified in her reporting. According to Romero, the University of North Carolina at Chapel Hill released a statement soon after the story broke, stating that they had examined their records and were happy to report that no fraudulent vaccination cards were discovered among their students and staff.

Before her internship at AP, Romero spent two years working as a producer at KSBY while pursuing her journalism degree at Cal Poly. While most of her background is in broadcast journalism, her internship with the AP has caused her to heavily consider a career in investigative print journalism.

Already, Romero has received multiple potential job opportunities. According to Romero, editors from AP, the Ventura County Star, and other news organizations have reached out to her, encouraging her to stay in touch and apply for future job openings post graduation.

In addition to finishing up her journalism degree at Cal Poly this year, Romero is pursuing minors in Spanish, ethnic studies, and women and gender studies. She is also a member of the university’s Honors Program, and will serve as the incoming Political Affairs Coordinator for the Pilipino Cultural Exchange and as a student researcher for the Communications Department.

For the time being, though, Romero does not have any immediate plans to start another position in news reporting. “It was so bittersweet leaving, but I don’t have any journalism-related internships or jobs or goals in the near future. It’s my senior year, and I want to enjoy it for at least fall quarter.”