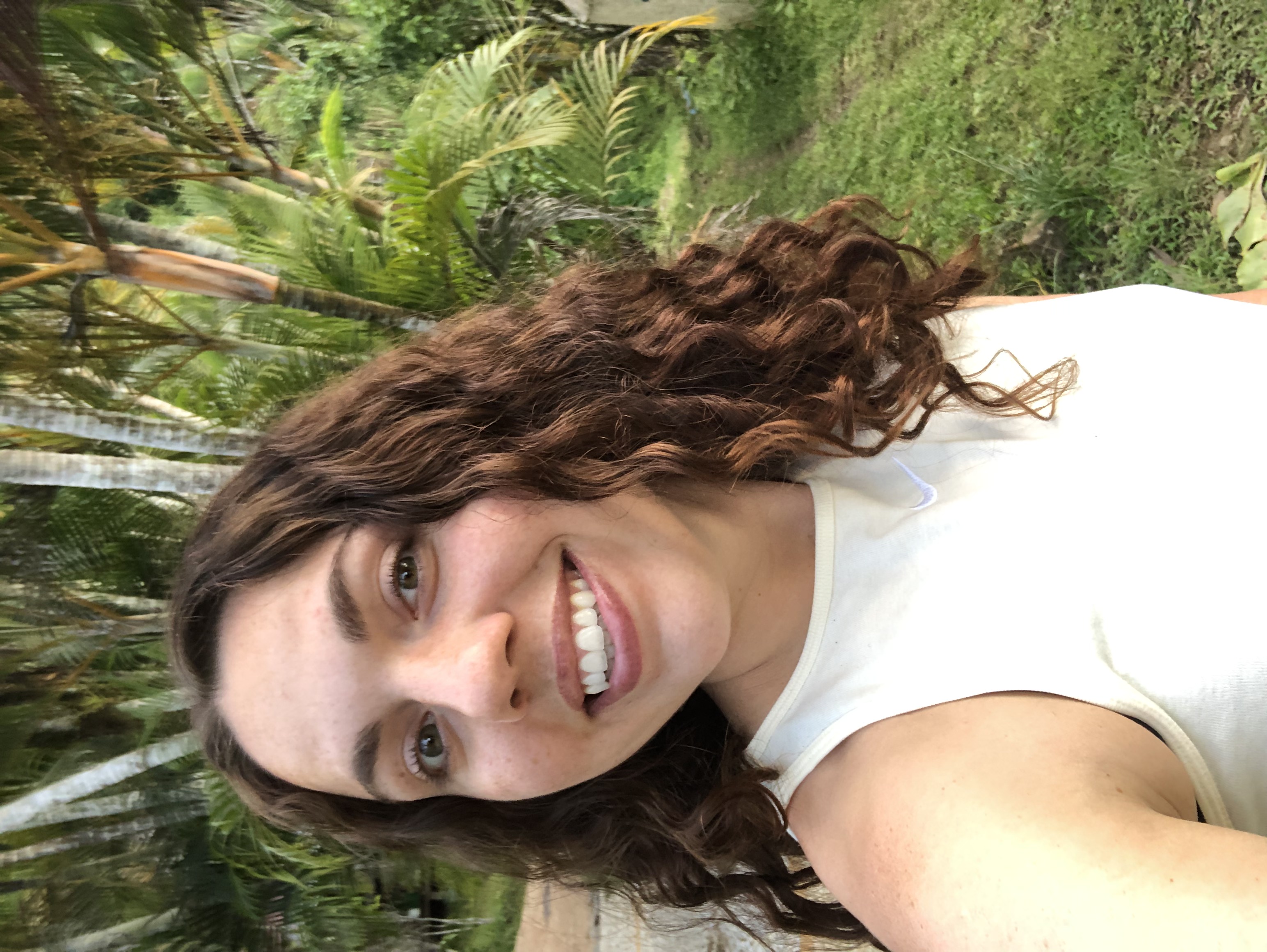 As spring quarter of 2021 wrapped up, political science senior Denae Hollar began preparing for her upcoming trip to a remote farm in Costa Rica. Originally planned as a volunteer trip, Hollar started thinking about how she could use this experience as research for her impending senior project on democracy and global food security.

“I was already really interested in learning more about global food security, and it happened to be a coincidence that I was going to Costa Rica to volunteer on a farm,” Hollar said. “I had the idea, so I talked to my advisor Shelley Hurt on how I could turn this [trip] into a field observation.”

Under a time crunch, Hollar quickly approached Associate Professor Shelley L. Hurt on how she could use this experience to answer the complex question: How can the developing world achieve food security in the 21st century?

According to Hollar, the consensus among political science scholars is that increasing technology in agriculture and opening food trade markets are the most effective ways to combat global food insecurity.

“My research aimed to distinguish the holes in the leading consensus accepted by political science scholars,” Hollar said. “Though it’s not the end all be all, I believe democracy is a vital aspect in improving food security." 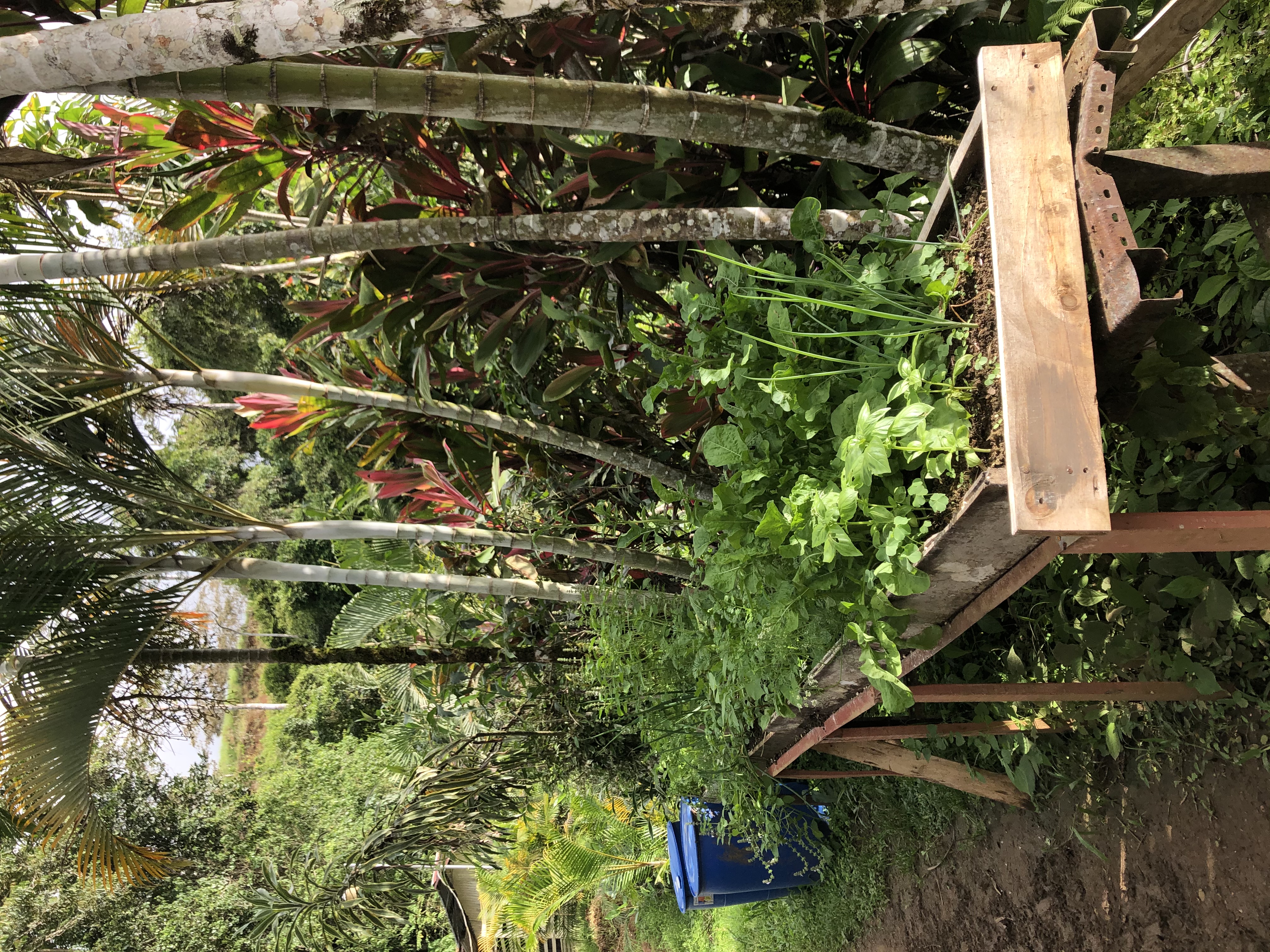 For three weeks, Hollar worked four hours per day on the remote farm of Dalö Tsána, located deep in the mountains of Costa Rica, nearly 45 minutes outside of the closest city of Turrialba in the Cartago Province.

“Every morning I would wake up to the music of birds singing and insects buzzing,” Hollar recalled. “The farm was located on top of a hill, overlooking a deep valley of thick green jungle. As you would expect, the view was incredible."

Each day Hollar and her fellow international volunteers from the World Wide Opportunities on Organic Farms (WWOOF) network worked on the farm completing tasks like tending to plants, maintaining the nursery and scrubbing moss from non-indigenous trees. 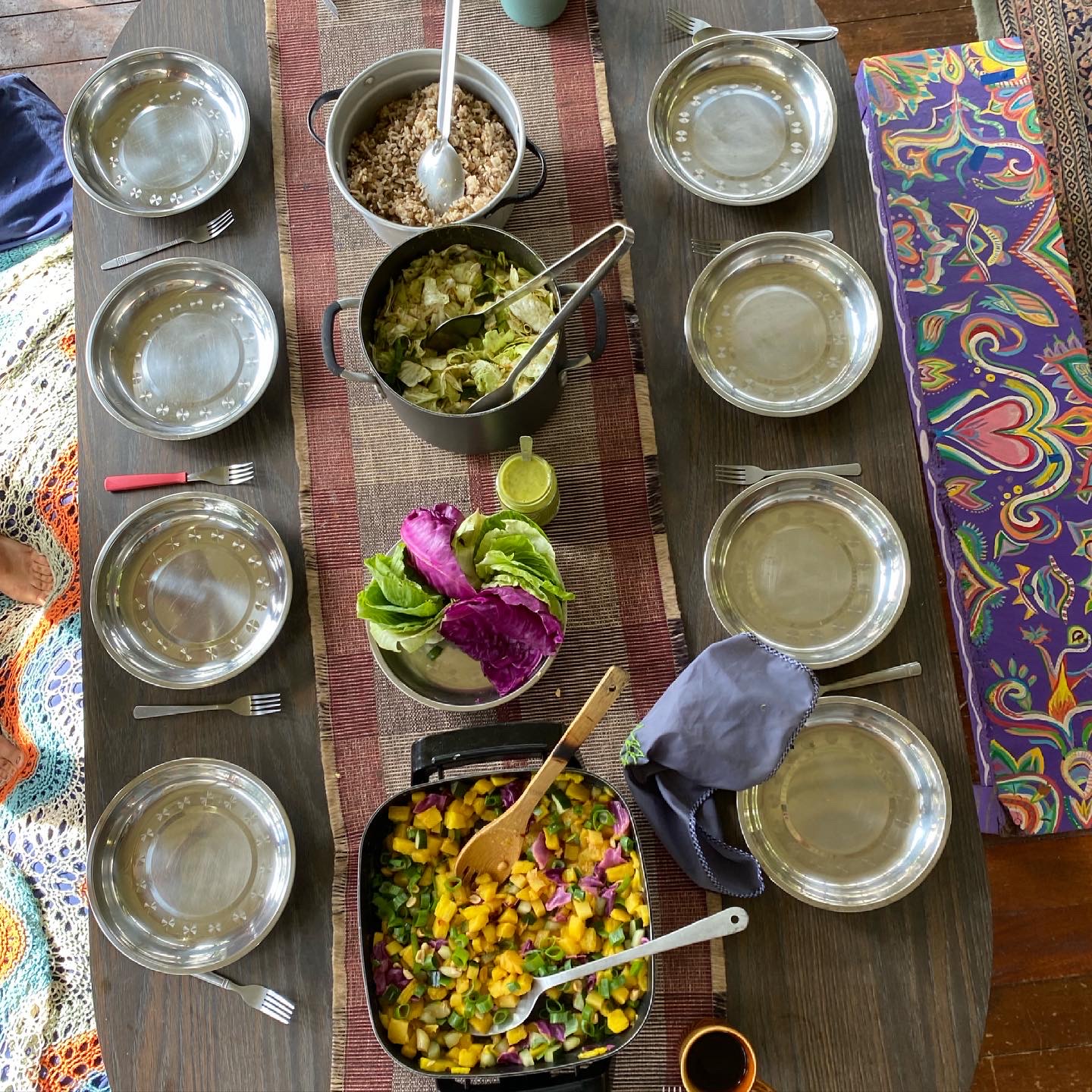 After work, the volunteers would gather and make a family-style dinner together from the produce and herbs on the farm.

“Our meals were very intentional. We were able to use what produce we had, and a lot of creativity went into that. We had volunteers from Italy and Mexico, and they brought their own twists. Food is more than sustenance; it has a communal and cultural aspect,” Hollar said.

Throughout her trip, she reflected on many personal takeaways.

This trip reminded me of how similar we all are as human beings,” she said. “On the farm, there were individuals from a handful of other countries, and despite cultural differences we all were a cohesive group because we put first love and respect.”

Alongside her personal takeaways, the underlying educational lessons were key to informing her capstone project. 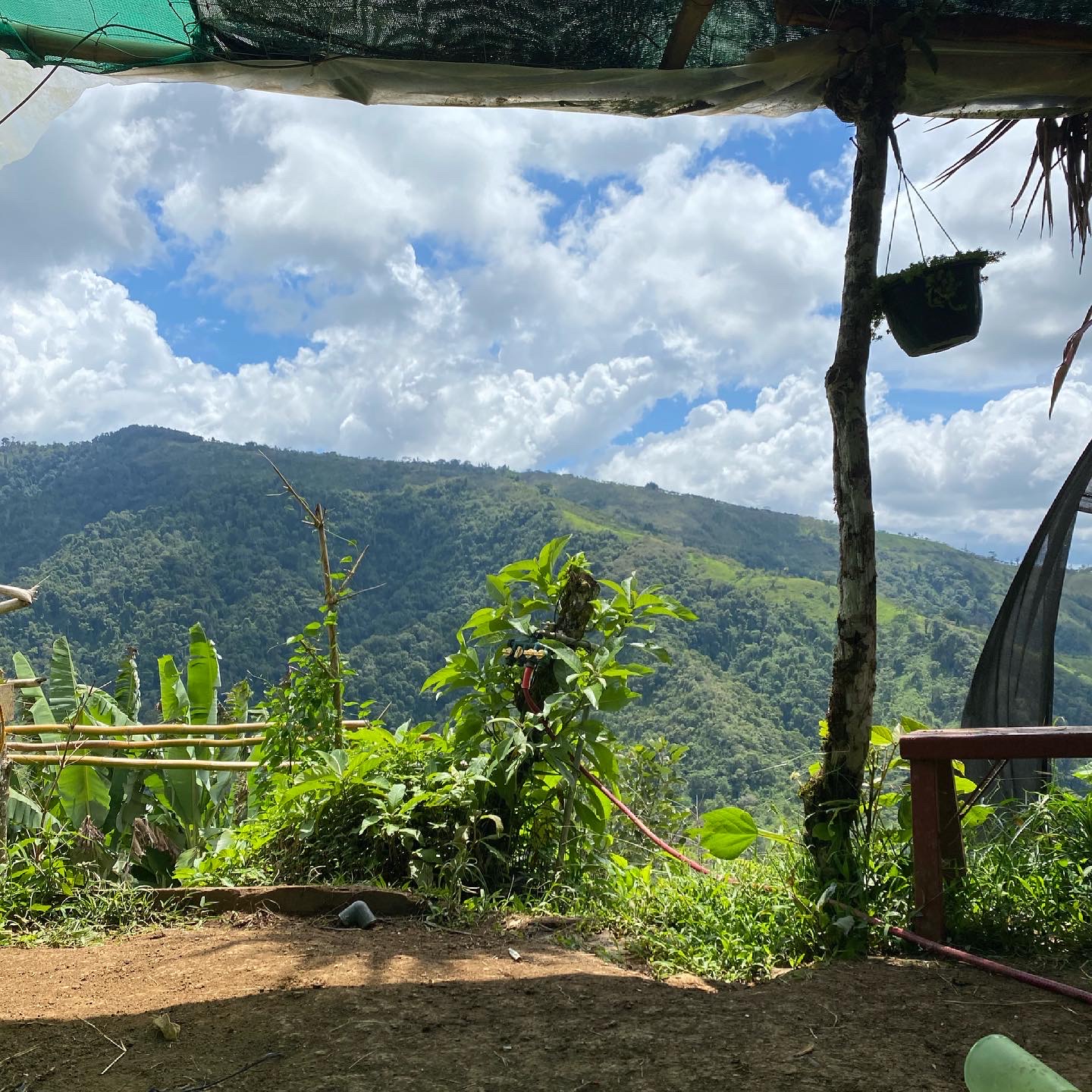 “The biggest thing I observed while in Costa Rica was the paradox of being in an agriculturally rich land, yet many of the people there do not have adequate access to food or they rely on processed food to sustain themselves,” Hollar explained. “This paradox is a repercussion of countries like Costa Rica being a cash crop economy.”

Seeing, working and tangibly experiencing how life was on the farm provided Hollar a rich environment from which to draw conclusions. Instead of authoring a traditional paper on her findings and experience, Hollar worked closely with Hurt to put together a presentation and panel discussion featuring Julie Kurtz, research analyst and sustainability chair at the International Food Policy Research Institute (IFPRI) in New York; Katherine Lane, Cal Poly alumna, educator on food security in South America and founder of SLO’s Farm Link Project; and Isabella Abelgas, Master’s in Public Policy student and first place winner of the 2021 CSU Research Competition for a project entitled, “Impact of Export Crops on Developing Countries.”

Hollar’s presentation and discussion, titled “Challenges and Opportunities for Achieving Global Food Security in the 21st Century,” lasted more than 90 minutes and touched heavily on how most of the food in the world is grown and eaten locally, yet countries without democratized food systems — like Costa Rica — suffer food insecurity the most.

“The biggest anecdote and impression I got from her research findings was the idea that farmers on the ground were engaged in a collective, public and democratic enterprise,” said Hurt. “They were sharing their knowledge and sharing seeds and really trying to activate around this idea of democratic processes and all being held accountable.”

A major data point from Hollar’s presentation stated that, “small farmers produce up to 70% of the world's food, and 90% of that food is consumed where it is produced.” She explained that this data point shows how small, domestic farmers in developing countries are a critical component to feeding the populations of their own countries.

“Democratic institutions have the potential to create more equity and empowerment for small farmers over industrial farmers in developing countries that mostly specialize in cash crops,” Hollar said.

Hollar saw this play out firsthand in Costa Rica, observing that most of the fruits and vegetables available for purchase were not in grocery stores but rather in small produce stands run by farmers and families. 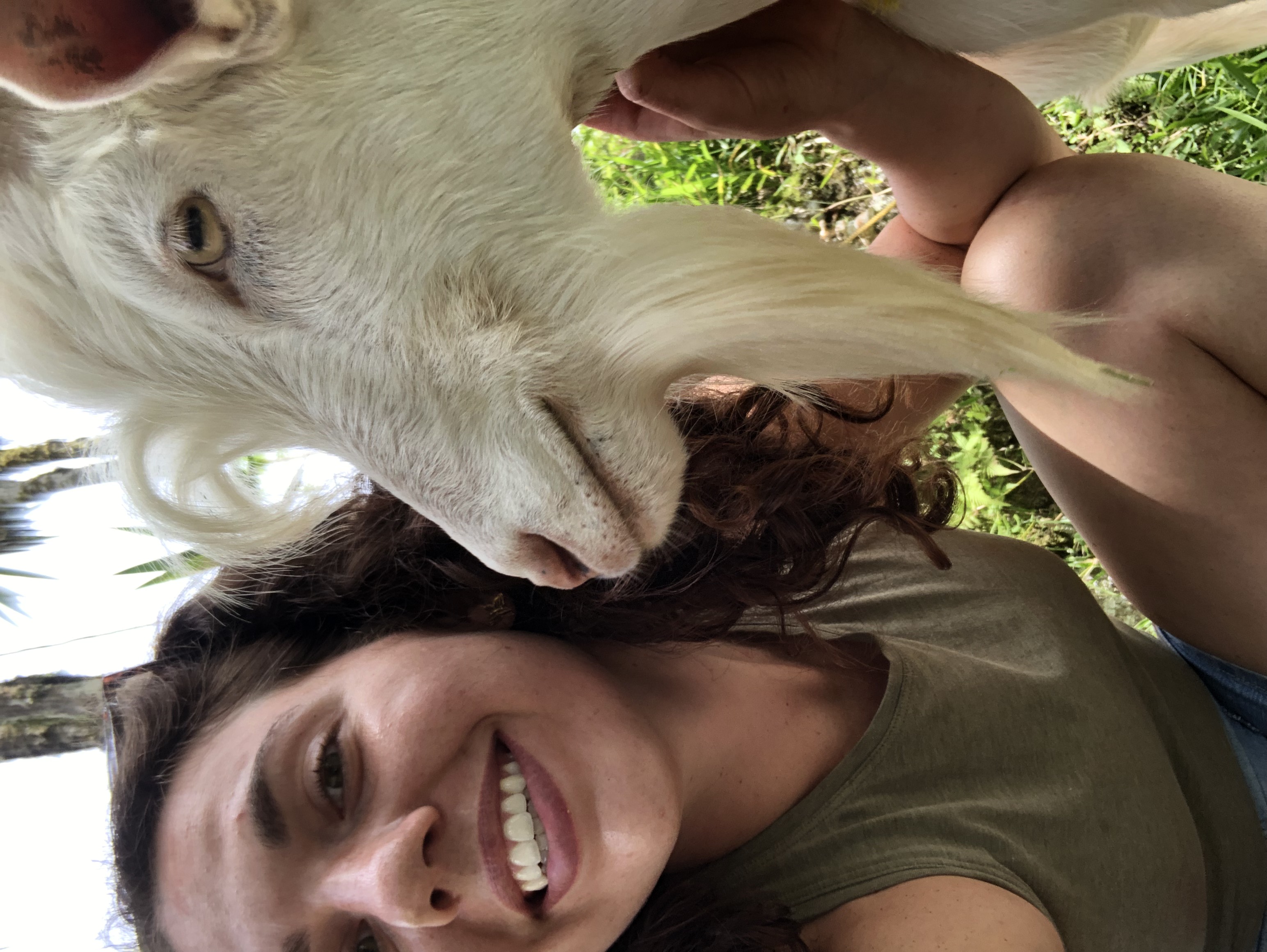 “You can see that Denae’s on-the-ground experience, even though it was on a small scale and anecdotal, taught her the importance of being able to nurture, facilitate and respect the traditional knowledge of these farmers and their processes to grow food for local consumption,” Hurt said.

The 3-week trip left a profound impression on Hollar, and she says she hopes to return to Central America soon.

Hollar plans to take a gap year after graduating in December 2021. During that time, she intends to study for the LSAT to pursue law school while also, “taking any and every volunteer opportunity available in San Luis Obispo.”

In 2023, she plans to attend law school to pursue further opportunities in domestic and global food policy, a sure way to continue following her passion and making a difference across the globe.