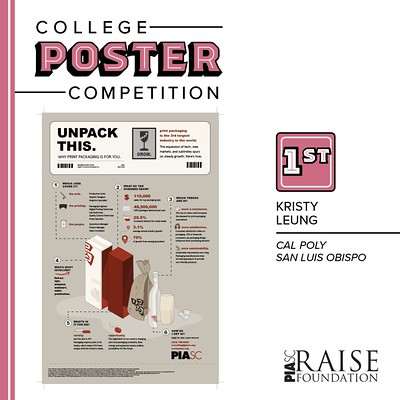 According to Forsythe, the prompt for the poster competition was to create an infographic that showcased careers in the Graphic Communication industry. The poster Forsythe created was also part of an assignment for her GRC 203 class on digital file creation, she said. 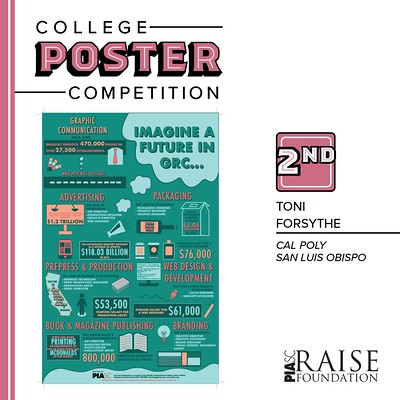 “I was excited to have received this award and for my work to be recognized,” Forsythe said. “I am glad to know that my design followed the prompt and was good enough to have received second place, considering there were a lot of other great designs submitted as well.” 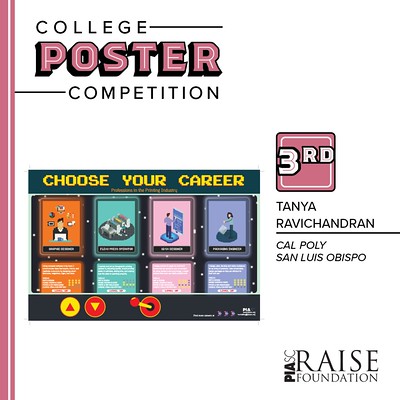 Forsythe also said that the work she has done in previous graphic communication classes and especially the GRC 203 class helped her achieve second place in the poster competition.

“I gained a lot of design skills that helped me create my infographic in a way that would be well-designed, while also following the prompt,” Forsythe said. 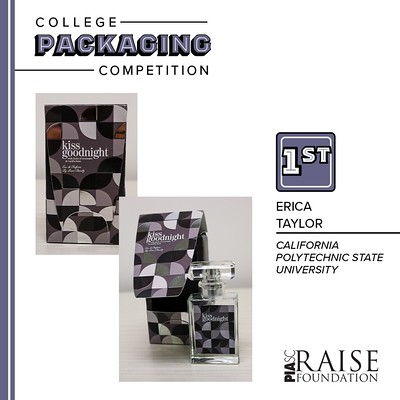 Similarly, Erica Taylor, who won first place in the packaging competition, said that the opportunity was brought to her attention through her GRC 337 class on consumer packaging, wherein many students also submitted their final projects to the competition.

According to Taylor, the prompt for the packaging competition was to supply a perfume or cologne bottle and design a label and corresponding box “with branding that would stand out on a shelf and make consumers choose our design over others,” she said. 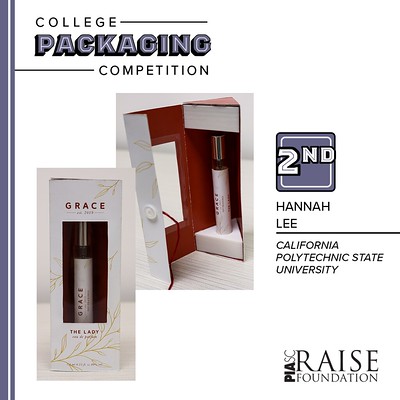 Like Forsythe, Taylor said that previous graphic communication classes helped her achieve success in this competition.

“The fact that we got to incorporate spot varnish and foil on our packaging definitely gave Cal Poly students an edge in this competition, because special printing elements like that would stand out to the judges,” Taylor said. 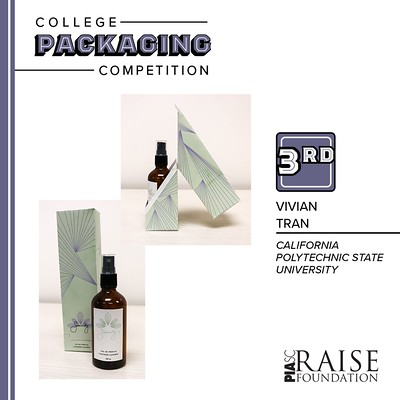 Both Forsythe and Taylor said they are very grateful to the graphic communication program and its resources and teachers who helped allow them to create their products for the competition.

“I was already interested in pursuing a career in designing for the packaging industry, but this win definitely affirms this choice,” Taylor said. “I am thrilled that the judges liked my design enough to have it win first place, especially since our class produced many beautiful perfume packages.”

Both the poster and packaging competition were put on by RAISE Foundation, a non-profit corporation formed by PIASC to foster graphic communication careers in primary, secondary and post-secondary educational institutions.