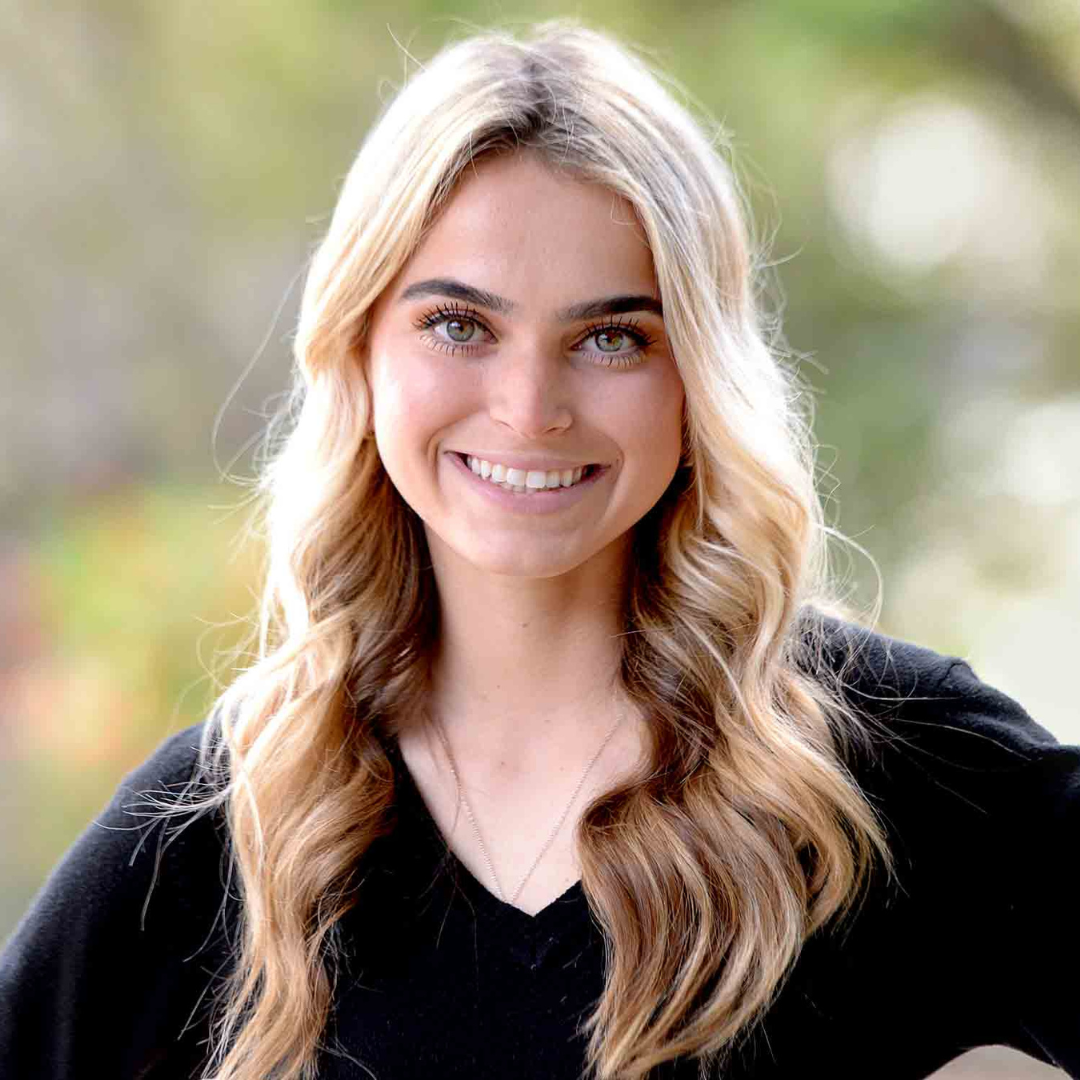 Nikki Trucco won her department's
Outstanding Senior Award as well
as the University Award for
Contributions to the Objectives and
Public Image of the University at the
2022 CLA Student Awards.

When Nikki Trucco considered a college to attend, the student-athlete knew it would need to fulfill dual priorities.

“It was tremendously important for me to find a school that was a good fit both academically and athletically,” said the women’s soccer forward. “I found Cal Poly to be a perfect match as it offered a D1 soccer program and high level of academic prestige. I also fell in love with Cal Poly’s coaching staff and heard nothing but great things about the faculty and staff.”

And in the past three years, despite the COVID-cancellation of the 2020 season, the child development major succeeded as an athlete and a scholar — balancing soccer, school and a social life.

“I would be lying if I pretended like being a student-athlete in college has been easy for me all the time,” she said. “Collegiate academics and athletics are highly demanding, and juggling both requires a great deal of time-management. All that being said, being a student-athlete is extremely rewarding and I truly wouldn’t trade my experience for the world.”

The team notched a tie with UC Irvine in the conference title standings. In helping Cal Poly to a share of the 2021 Big West regular season title — the program’s first in eight years — Trucco started 20 of 21 matches and averaged a goal every 142.2 minutes.

“It was so incredible to be a part of earning such a special accomplishment,” Trucco said. “Our team worked tremendously hard during the COVID season, so it was an indescribable feeling to see all our hard work pay off.”

Her coach also described her as a leader off the pitch, and it’s in the classroom where the buoyant 21-year-old shined even brighter.

“My biggest accomplishment is being able to graduate a year early, while still achieving success in both the academic and athletic environments at Cal Poly,” she said.

Trucco earned straight As every quarter and received the College of Liberal Arts’ Outstanding Senior University Contribution Award. In addition, she was named Cal Poly’s 2022 Big West Female Scholar-Athlete of the Year for achievements in and out of the classroom.

She succeeded in part because of extraordinary organizational skills and a team of supporters that included her parents (her “biggest inspiration”), twin sister Lexi on UC Davis’s soccer team, and campus mentor Professor Jennifer Jipson, chair of the Psychology and Child Development Department.

Jipson steered her to a research internship “where I was able to provide assistance on a wide variety of child development projects,” she said. “Through this I was able to connect with and impress The Goddard School, which hired me as a research consultant to continue supporting them on their projects.

“As a result of my experiences here, my passion for child development and early education have further grown, and I am more than eager to begin a career within the field. Through various internships, I have been able to develop skills that will be valuable in my future career and have been introduced to an array of opportunities that exist within the child development field.”

This fall she’ll begin work on a multiple-subject teaching credential and then start her journey as an elementary school teacher. But first, she can contrast the teen who arrived in fall 2019 and the mature young woman who will graduate Sunday, June 12.

“Coming into college, I was unsure of what to expect and how the transition would go,” she said. “I was unconfident in my ability to succeed on the field and in the classroom in the way I did in high school. Additionally, I was splitting up from my twin sister and was nervous about being alone socially for the first time.

“The freshman me would be proud of how independent and strong I am now. I have pushed myself to new limits and endured many challenges these past few years. Through this, I have learned so much about myself and about life itself. I am more sure of who I am and my abilities, and I feel empowered to take on the opportunities that lie ahead of me.”

Read about this year's other "great grads"