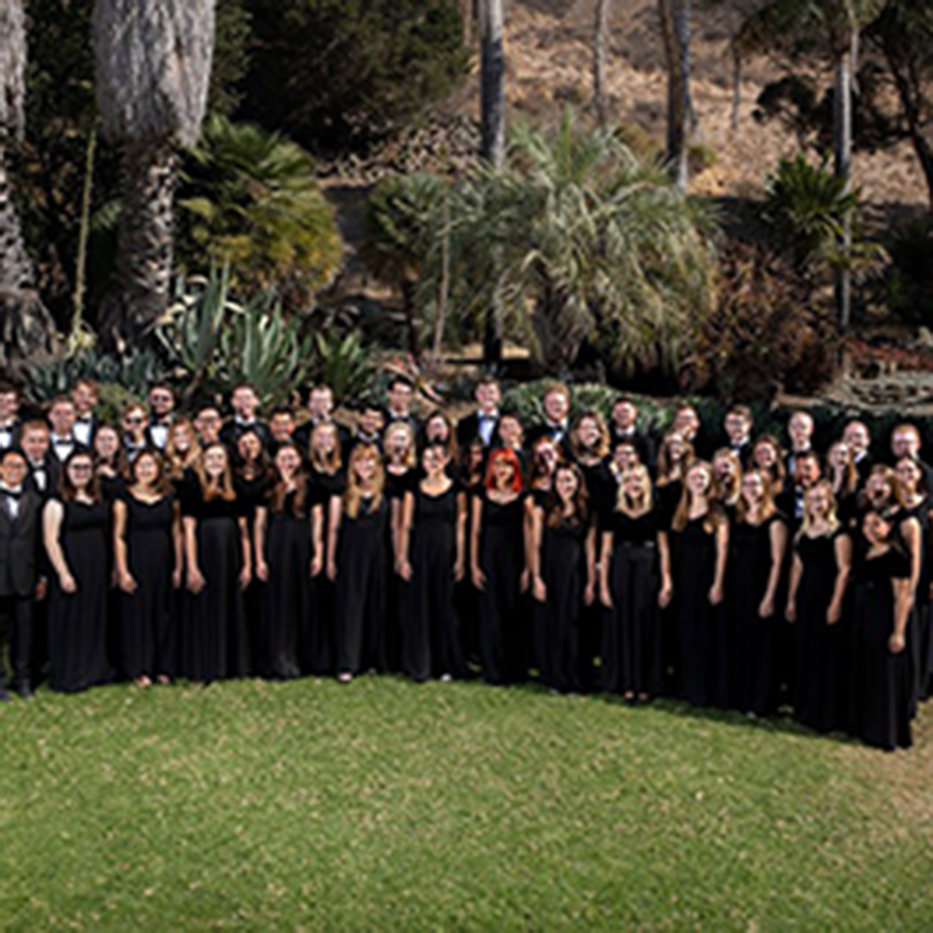 When Cal Poly took its classes virtual this spring and canceled all live campus events, Assistant Professor and Director of Choral Activities Scott Glysson figured that there would be no choir this quarter. Who would sign up for an ensemble that couldn’t meet?

To Glysson’s surprise, more than 100 students signed up anyway.

“It’s fewer than we usually get, but way more than I was expecting,” he said. “Apparently our choral singers really needed that sense of community and creative outlet.”

On June 8, the music department will stream the result of that community effort: Cal Poly’s first virtual choir performance. The concert features PolyPhonics, the University Singers and the Women’s Chorus, and includes “If Ye Love Me” by Thomas Tallis, selections from Mozart’s “Requiem in D Minor,” and “Sleep” by composer Eric Whitacre, a pioneer in virtual choir performance.

To prepare for the concert, Glysson had to record videos for each vocal part of each song, showing himself directing each part and a lead performance by each of the choral section leaders. Each performer then followed the direction to record their own part.

From there, Glysson worked individually with all 110 singers to give feedback and refine their performances to fit in with the rest of the ensemble — a vastly different process compared to a traditional choral experience.

“Under normal circumstances, some of the individual problems you hear in a group naturally work themselves out as you give feedback to the whole ensemble,” he said. “Having to give feedback individually to more than 100 people is incredibly tedious.”

Despite the challenges, the format change ended up yielding some unexpected benefits and learning opportunities as well.

“As an ensemble director, I usually work with more than 200 singers but almost never get to hear them sing individually,” he said. “Working in this format has pushed me to have to do more listening to individual singers.”

While it’s impossible to perfectly replicate the experience of a traditional choir performance, Glysson says that he ultimately sees the virtual performance as a win.

“The only other option was to give up, and we were just not going to do that,” he said. Whatever the challenges are, we’re just going to keep making music.”

The concert streamed live on Monday, June 8 and was followed by a series of Q&A talks with the directors and performers.