In 2010, anthropology and geography professor Terry Jones took a group of students to northeastern Nevada, where they had the opportunity to work as archaeologists for the first time. Ten years later, one of those students took him to Easter Island to help record some of the island’s famous statues. 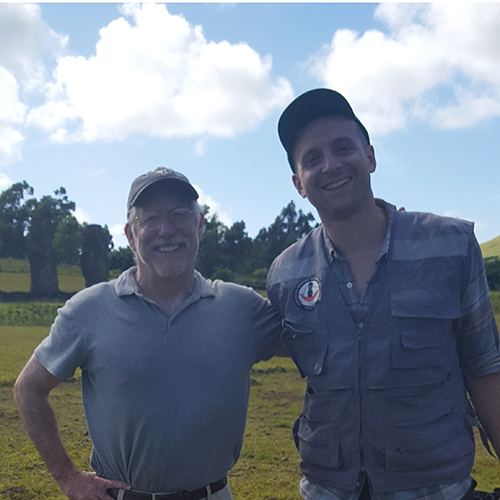 Kacey Hadick (Anthropology and Geography, ’13) is the director of project development at CyArk, a nonprofit organization that uses innovative technology to digitally record and archive world-famous cultural heritage sites. CyArk’s high-tech 3D mapping helps preserve sites and makes them accessible to explore online. CyArk recently completed a project on Easter Island, where some of the famous sites are threatened by coastal erosion.

“A lot of the famous statues are right on the edge of coastal bluffs, and they’re falling into the ocean,” Hadick said. “There’s not enough funding to stabilize the sites, so they’re essentially trying to get a really good record of what’s there now. This 3D mapping is the most detailed recording you can do at an archaeological site.”

Hadick’s team traveled to Easter Island in 2017 and used laser scanning and photogrammetry to capture detailed three-dimensional records of the island’s sculptures and platforms. In February 2020, the team returned to the island to record the sites again. With both recordings of the same site three years apart, CyArk was able to see what has changed in the sculptures and platforms over the years due to coastal erosion.

“Because the recordings are so precise and accurate, you can tell exactly how the cliff has eroded over time,” Hadick said.

This detailed record helps groups on the island understand how coastal erosion is affecting the sculptures. They provide an accurate record that can help local groups make decisions that will help protect them. 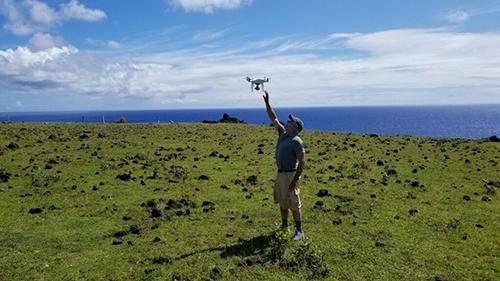 When Hadick learned that CyArk needed an extra hand at Easter Island, Jones — his professor and mentor who took him on his first archaeological excursion — came to mind.

“It’s funny, Terry took me to my first archeological field school 10 years ago in 2010,” Hadick said. “It was nice 10 years later to be able to take him on one of my projects.”

Hadick said he gained the confidence to pursue a career in archaeology on that first excursion he took with Jones as a student ten years ago.

“Learn by Doing is the motto, and it really was that for me,” Hadick said. “I got my hands dirty — literally — as an archaeologist. From that experience, I gained the confidence to get a job in archaeology and to pursue it as a career.”

As Jones and Hadick moved from professor and student to colleagues over the years, the two kept in touch and even wrote articles together. Jones jumped at the opportunity to go to Easter Island and use CyArk’s innovative technology to record the sites. 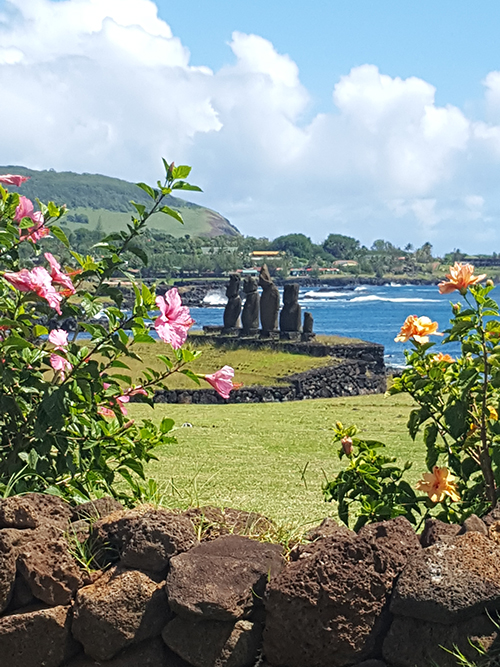 “Terry is super knowledgeable,” Hadick said. “It was great to have him in the field; he was an asset. We were able to do some exciting work together.”

Jones was able to share his knowledge and expertise with CyArk, and the CyArk team was able to show Jones new technology at play in the field.

“Every day, I saw or learned something that trumped what I had seen or learned the day before,” Jones said. “Every day there was something more mind-boggling.”

Years ago, Jones had written a book about the possibility of prehistoric contact between Easter Island and South America. While archaeologists have considered this possibility, others are skeptical — including Jones himself prior to his trip, he said. But when he saw the stonework in one particular site on the island, he said he was stunned by its resemblance to Incan stonework.

“You can read about the statues, and you can see pictures of them, but to be able to see them in person was an unforgettable experience,” Jones said. “You get a much better understanding of the sites. You just can’t get that from books.”