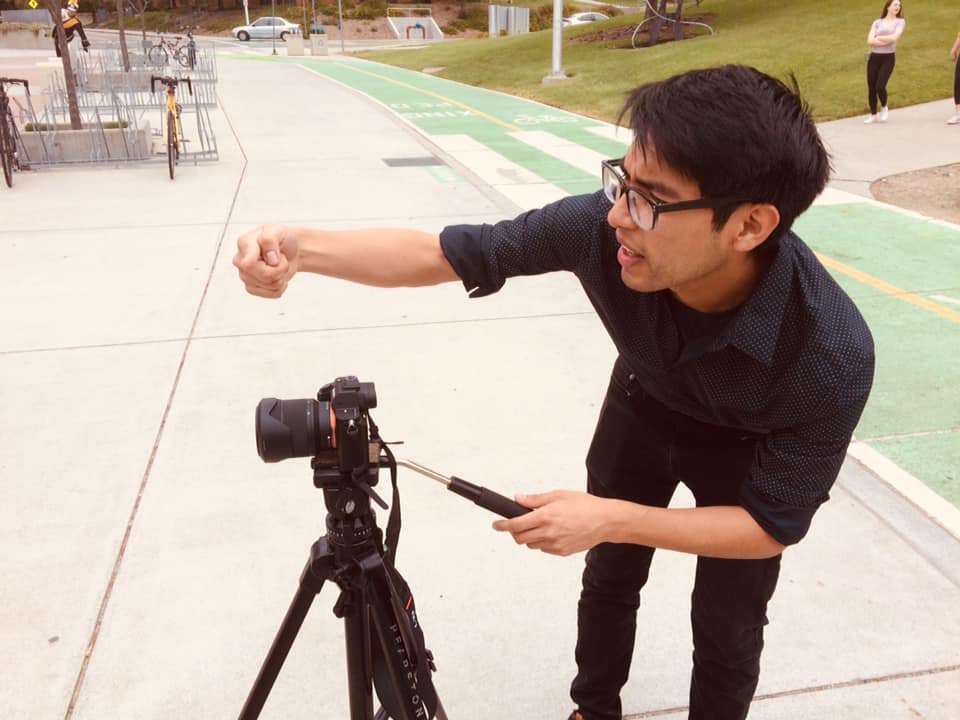 It’s not often that music junior Brian Mendez produces something without sound — especially when it’s a video of a band. But when SLO Transit asked the Mustang Band to produce a promotional video for the buses, he was up for the challenge.

A jazz saxophonist, music producer and video producer, Mendez directed a promotional video and an instructional video featuring the Mustang Spirit Team that now screens daily on SLO Transit buses. He spearheaded the entire project, from storyboarding to filming and editing.

“It was hard to come up with everything from scratch, but honestly, that was part of the fun,” Mendez said.

There were two videos: One promotional video showed the Mustang Spirit Team (comprised of the band, cheer and dance teams) using SLO Transit to get to the Big Game at Spanos Stadium. The video served as a promotion for Cal Poly Athletics and SLO Transit alike. The second video was a detailed demonstration on how to use the bus for new passengers. 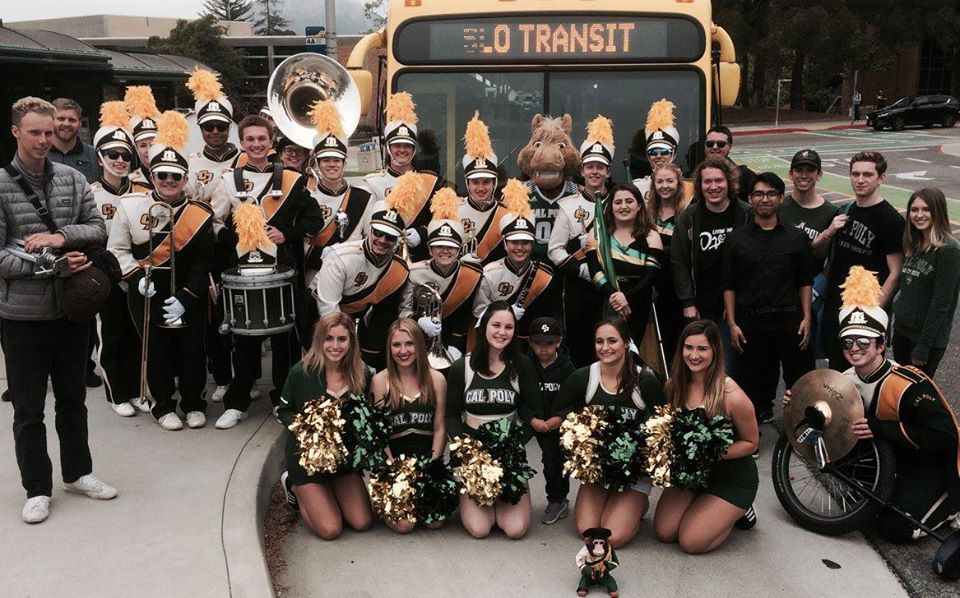 Director of Bands Christopher Woodruff knew when he was contacted by the City of San Luis Obispo about a video collaboration that Mendez would be a great leader for the project.

“As a member of Mustang Band, he is very aware of the character of the band and what aspects of their performance carry that special visual energy,” Woodruff said. “When I first suggested the project to him, he jumped at the opportunity and already had some ideas for the shot list.”

Mendez faced a few hurdles when tackling the project. One of which was the mere size of the instruments when loading onto the bus.

“We knew going into this that we weren’t going to have many tubas,” Mendez said. “When I was planning it out, I wrote, ‘one tuba at most.’”

Another challenge was creating a video that showcased the vibrancy and enthusiasm of Mustang Band — without the music.

“They told me the video would have no sound on the bus, so I had to make it more visually interesting,” Mendez said.

Mendez commutes using the bus daily. In addition to the thrill of seeing his name under “directed by” while riding the bus, he said this project made him realize the value of being a selfstarter.

“I learned that I am really capable of doing these things on my own. I feel like a lot of people are under the impression that to make something happen they’re going to need a lot of help,” Mendez said. “Obviously help is needed in the long run, but I realized that as an individual, you can make a lot of things happen.”

Note: Since the video is played on buses, there is no audio on the video.