Recent journalism and ethnic studies alumna Isabella Paoletto had the opportunity to work on a journalism project with the New York Times Student Journalism Institute during her last quarter at Cal Poly. 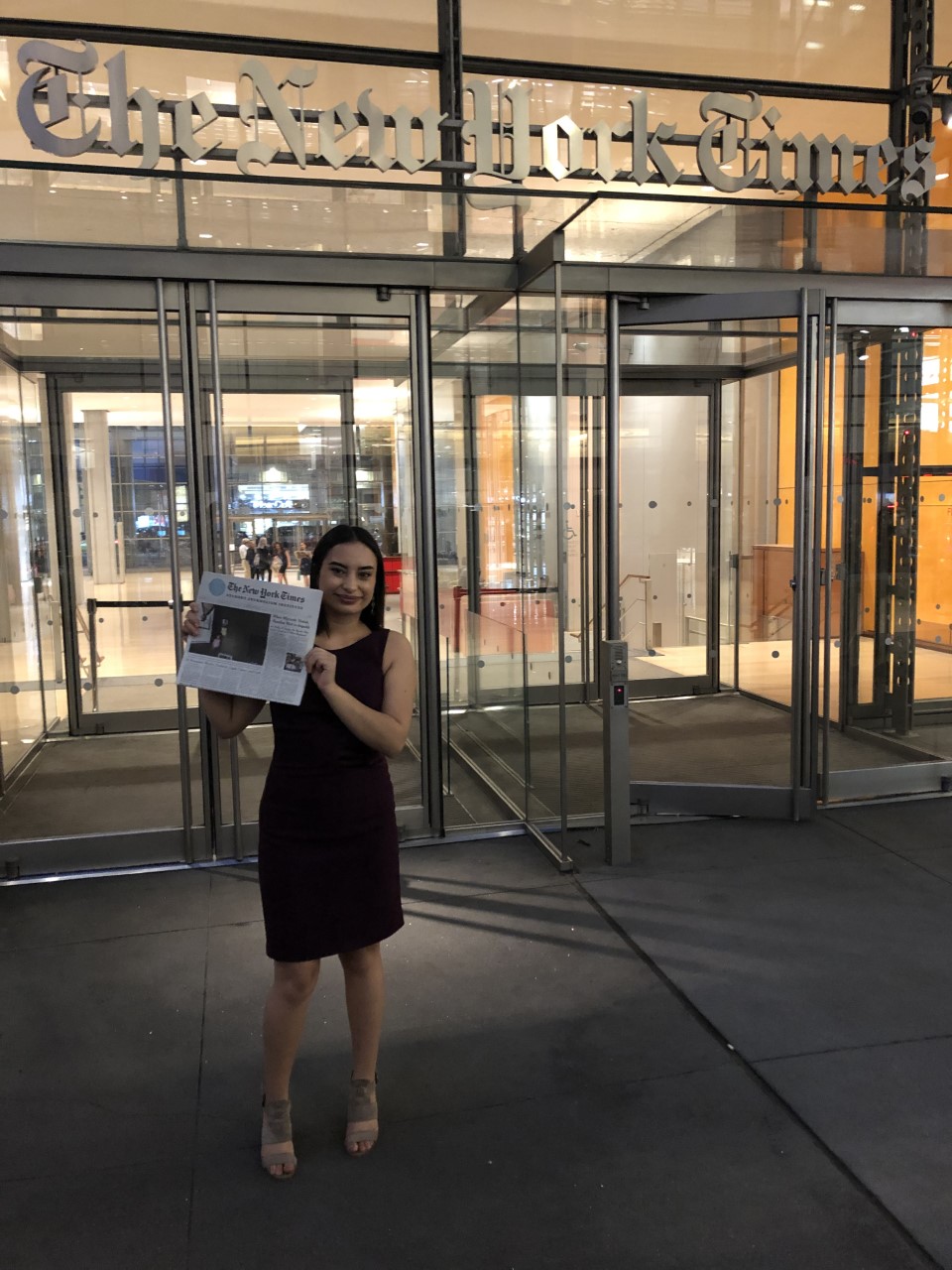 Isabella Paoletto in front of the New York Times office

Paoletto pitched and wrote her own long-form story about the horrors of New York subway systems. She interviewed approximately 50 strangers on the subway for her article, “Your Tales of Subway Horror: How Bad Is It?” In addition to anecdotes of crawling rodents and sexual harassment, the article delved into the issue of the subway system’s failing infrastructure and organizations that are working to solve the issue.

“This definitely taught me to overcome my fear of going up to random people and asking to interview them, which is a good skill to have,” Paoletto said.

But she was no stranger to reporting before the Institute. As a journalism student and a reporter for Mustang News, Paoletto said she learned the skills necessary to enter the experience with confidence. She credited the Journalism Department for teaching her the reporting skills that prepared her to cover the issue.

“I was actually surprised because a lot of the things [The New York Times journalists] were teaching in those training sessions, I had already learned at Cal Poly,” Paoletto said.

The article was published on the New York Times Student Journalism Institute’s website, along with a biography on Paoletto and her dedication to social justice and covering underrepresented voices.

“The journalism industry itself is predominantly white, so it was nice to be around people who have similar perspectives and cultural backgrounds as support,” Paoletto said. “That was the first time that I learned these spaces existed for students of color in journalism.”

Journalism associate professor and Mustang News print advisor Patrick Howe commended Paoletto’s adventurous work ethic, as she had to take time out of her last quarter and keep up with classes while completing the project in New York. Her willingness to take on challenging projects translated to the newsroom as well.

“What I remember most about Isabella is she took on some of our most serious topics as a reporter here,” Howe said. “In particular, I remember her for her coverage of diversity and inclusivity issues. She explored campus culture on another level of depth than most student reporters do, and she dove into issues that actually affect the campus.”

Now, Paoletto lives in New York full-time and is completing a fellowship with Business Insider. She hopes to eventually return to the New York Times as a reporter covering immigration and race-related issues.

“It’s my dream job,” Paoletto said. “I just love all the work they do.”