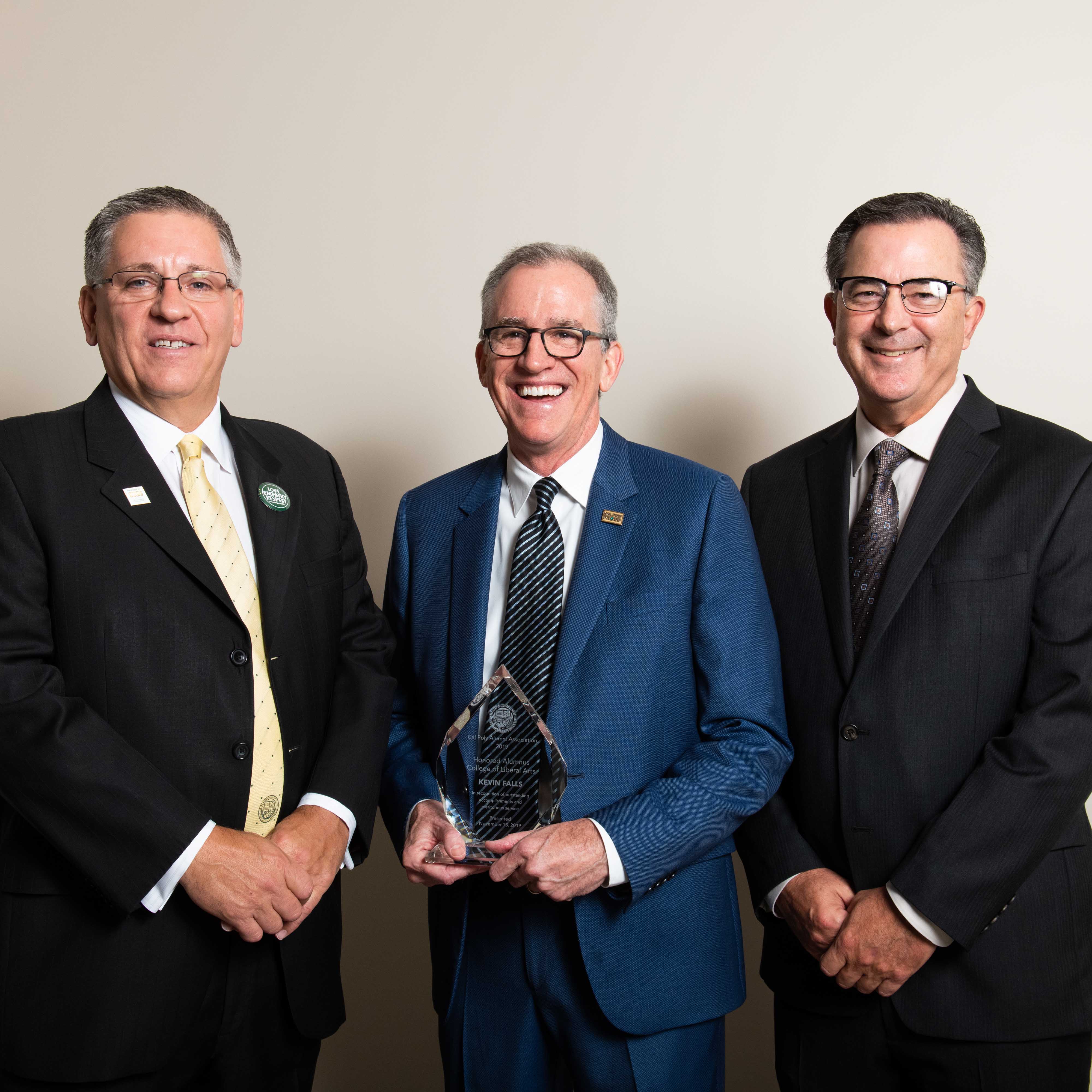 After graduation from Cal Poly, Falls interned as a newspaper reporter at the Eugene Register-Guard, but quickly decided to follow his passion for storytelling into writing movies. After writing two movies, “The Temp” and “Summer Catch,” Falls was named head writer and co-executive producer on the Aaron Sorkin series “Sports Night” in 1999. He is best known for his role as a co-executive producer on the widely successful series “The West Wing,” which ran from 2000-07 and for which he won four Emmys for Outstanding Drama Series and Outstanding Special Class Program. He is currently co-executive producer on the NBC hit series “This is Us,” now in its fourth season. The show received an Emmy nomination for Outstanding Drama Series in 2019. Throughout his illustrious career, Falls has been a creative force behind many series, including “Franklin and Bash,” “Journeyman,” “Pitch,” and “The Resident.” Falls has stayed connected to the Journalism Department and recently participated in a live interview session on storytelling for a wide campus audience. He is eager to share his experiences in entertainment with aspiring writers and has volunteered with current Cal Poly students at English Department speed networking sessions.