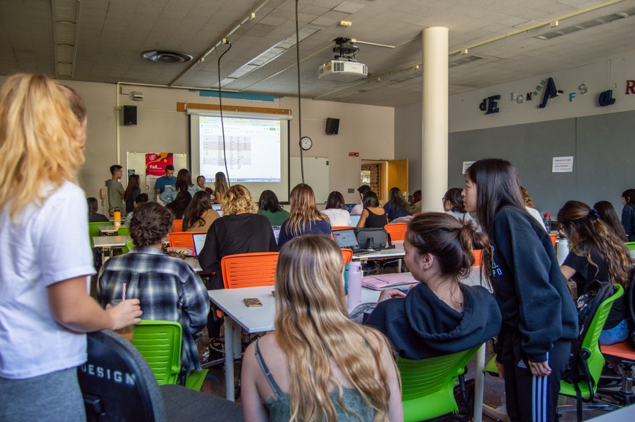 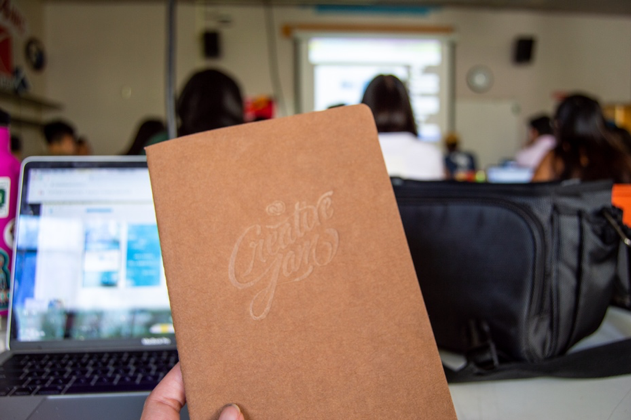 Everyone got free Adobe swag, including this cute sketchbook. Food and drinks
were also provided to the participants. 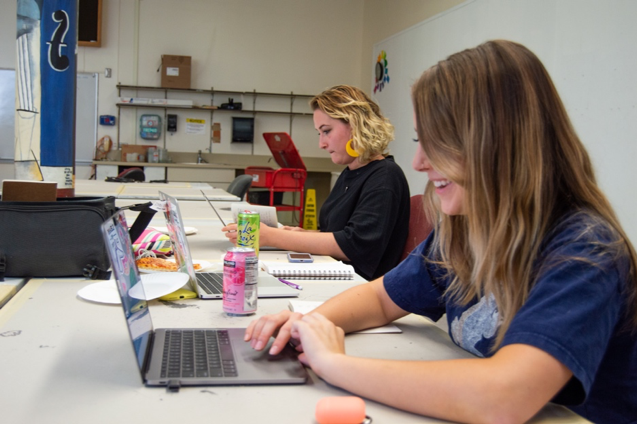 In the first two hours, all the teams were gathered in one room and given a
crash course about how to use Adobe XD through a live stream. After, every
team had two more hours to build their app prototype using the program. 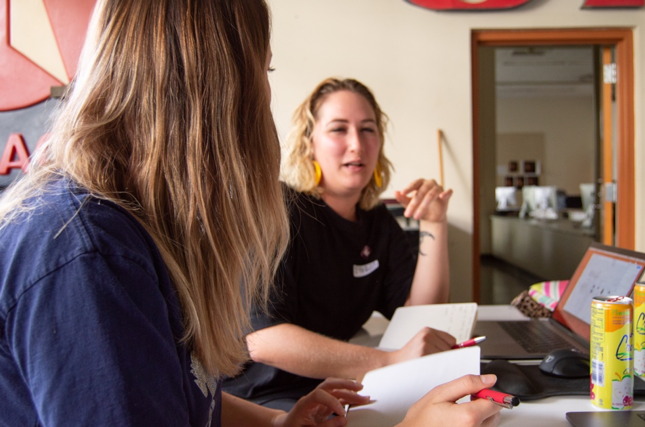 We were given the task to create an app that addresses students’
basic needs insecurities. After brainstorming ideas, we decided to
create an app that deals with mental health by providing students
a resource to talk with others. 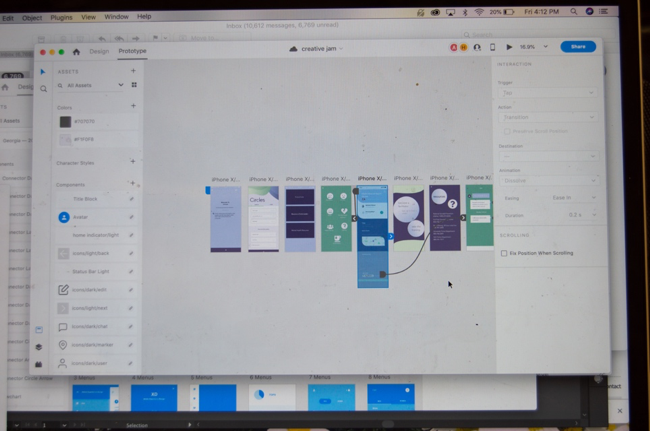 Even though no one on my team had used Adobe XD before, the program was
very easy to use, and we had a lot of freedom in the design and flow of the app. 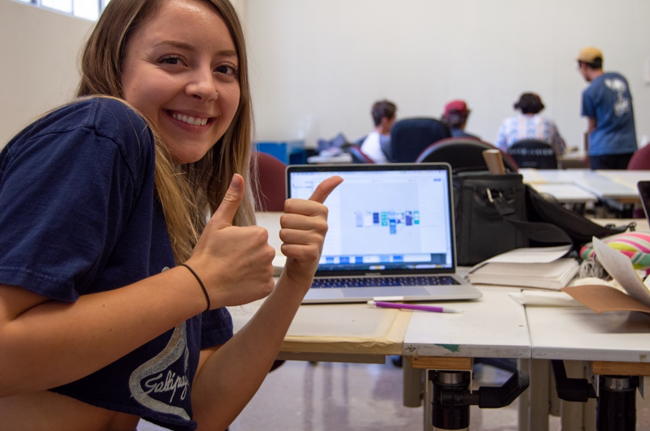 We finished just in time and watched every team from San Jose State
and Cal Poly present their projects before we presented
our own over a video conference. 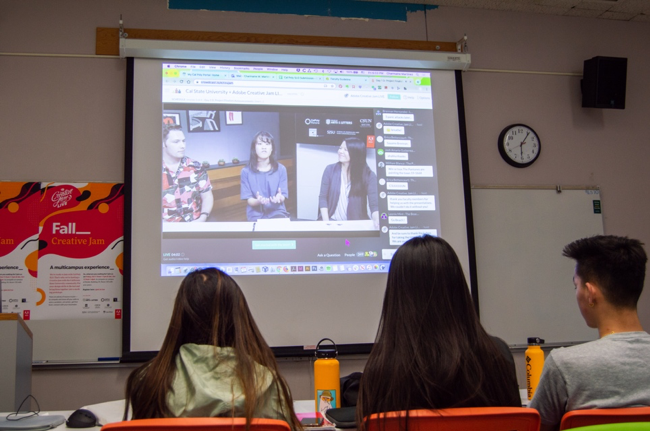 All the teams gathered together again to watch the judges talk about the results
and announce the top two teams from each school to continue to the next round.
Unfortunately, my team didn’t make the cut, but we learned a lot about how to
use Adobe XD, and we had such a fun experience.