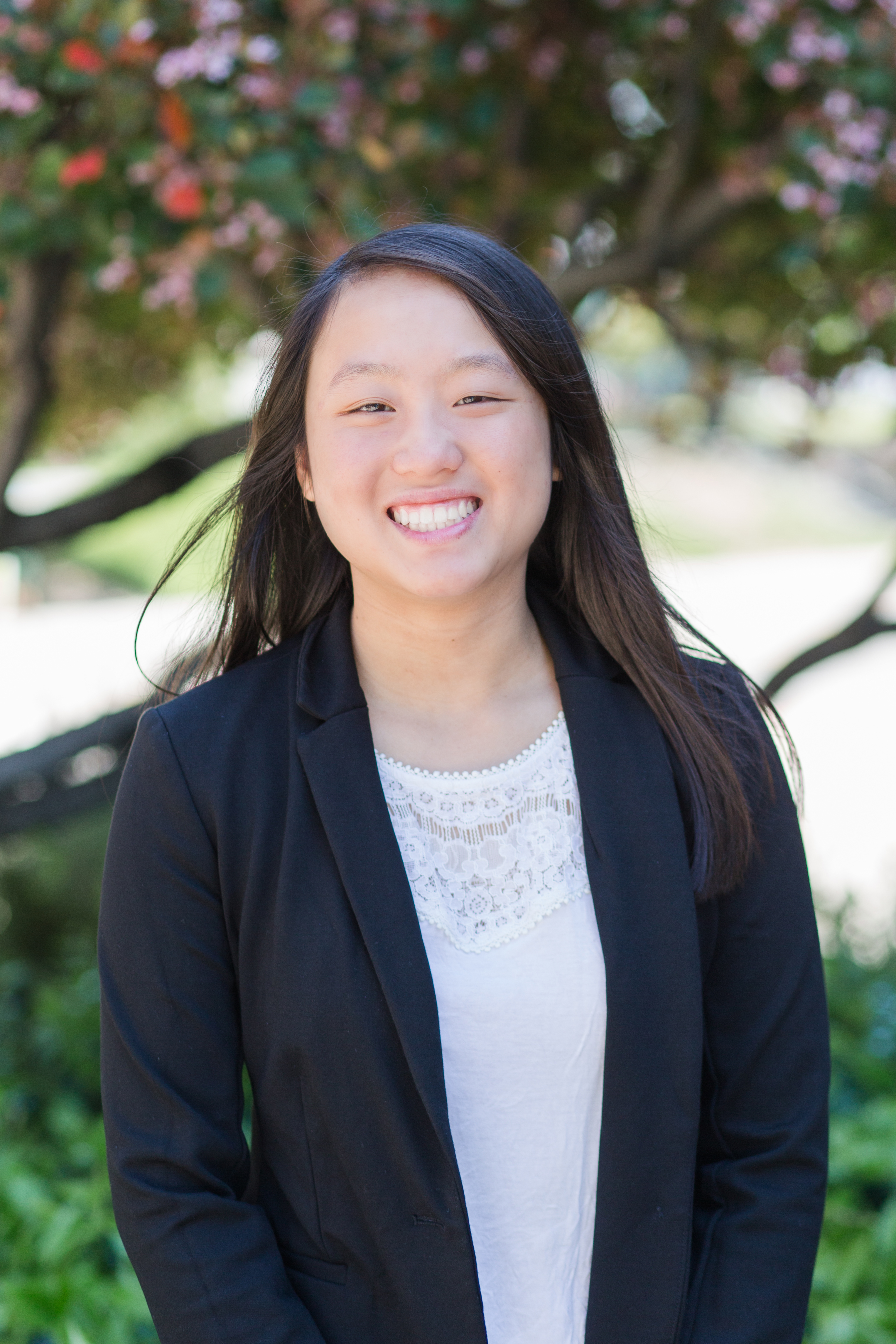 Question: What responsibilities do you have as the president of CLA Ambassadors?

Christine: As the president of CLA Ambassadors, I kind of run the day-to-day operations of everything just making sure that everything that we need to do – so specifically, the information sessions every week – is running smoothly. With the virtual format, of course a lot of things are different, but we still need to hold information sessions. So that includes training our new ambassadors, working alongside [Cal Poly] Admissions to make sure that there is an information session every week, coordinating with ambassadors and now, I am also trying to do a lot of new things within the programs, [including] creating a new position for diversity, equity and inclusion and also mentorship within the program itself.

Editor’s note: Information Sessions are for prospective students to learn more about Cal Poly and the college. They were typically on campus, but this year are happening virtually.

Question: What types of initiatives is CLA Ambassadors in charge of as a whole?

Christine: We are the public face of the College of Liberal Arts so, anything that the university is involved with in a public aspect usually we will have student ambassadors represent the college in certain aspects. So, during Open House we have a booth that represents College of Liberal Arts Ambassadors. A lot of times, if the College of Liberal Arts has some sort of panel – whether it’s for the new Dean Advisory Council – usually ambassadors get [asked to join the panel], especially with public relations roles; if anyone who is interested in CLA or has questions about it, they will often reach out to us and we will direct them to the appropriate party.

Question: How and why did you become involved in CLA Ambassadors?

Christine: I kind of just fell into it. I think I got an email one about [recruiting CLA Ambassadors] and I was like okay, why not. I don’t want to be like I didn’t take it seriously at first, but I didn’t take it seriously at first. I was just like, oh it’s just a good way to get involved, but then I really started liking it. Talking to people who were once in my position, I know that my college application journey I didn’t get to tour colleges, I didn’t get to talk to people who went to the college and I wish that I did. The more that I got involved and the more things that CLA did for me outside of CLA Ambassadors, I kind of became passionate about sharing my experiences and what the college has done for me so that [prospective students] can come and have the same opportunities I did.

Question: What has CLA and CLA Ambassadors done for you that has enhanced your experience at Cal Poly?

Christine: [I gained] a lot of public speaking skills. I [previously] thought that I was a good public speaker but nothing compares to that experience of being asked on the spot about a question that is kind of difficult, like the diversity issues at Cal Poly; you can’t really just pull out your phone and [look up] what I should say, it’s the on-the-spot thinking that really helped me and I think that that really helped like specifically for me the biggest part was when I did the Panetta Congressional Internship where I had to interview with the Secretary of Panetta Institute and that experience working in CLA Ambassadors really helped prepare me for that because the questions were really difficult, but definitely the experience from CLA Ambassadors helped me a lot there.

Question: What are your goals for this year as the president of CLA Ambassadors?

Christine: I think the goal is just to maintain the integrity and as much of what we had last year as possible. Obviously, we’re not going to have as [many] community outreach events and events in the dorms as well – I don’t think we are going to have any this year, but just being able to engage with the first-years, build a community and also build the relationships within our organization -- making the CLA a stronger and tighter-knit community are definitely some goals that I have.

Question: Where do you see CLA Ambassadors going in the future?

Christine: I really hope that, because one of my best friends is the president of COSAM Ambassadors, I hope that there [will be] more blending and interaction with the other ambassador groups. I do think that there is a great potential for collaboration and reaching across colleges to learn from each other more, since I know that a lot of times when people come to our information sessions, they are interested in minors and other colleges and I feel like that engagement can really help. For the future, I hope that [CLA Ambassadors] gets bigger. I hope that the mentorship program that is still in early stages lasts and also creating an alumni network that can double for CLA Ambassadors and the college itself.

Question: Is there anything else you would like to add?

Christine: I couldn’t do any of it without my amazing executive team and members who are always being super accommodating for the virtual environment.