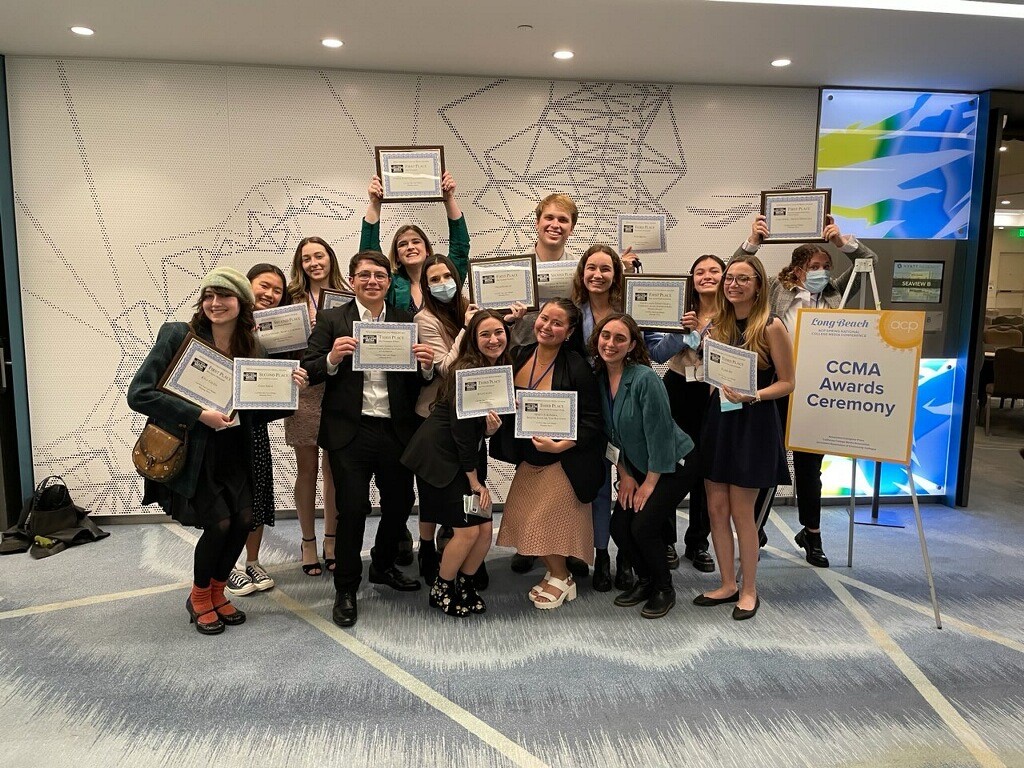 "Being recognized as the best university newspaper in California speaks to the talent level and dedication of the many students who contribute time, effort and creativity to keeping readers informed and engaged,” Journalism Department Chair and Professor Brady Teufel said. “The judge’s specific recognition of the newspaper’s COVID-19 coverage and articles in Spanish is a testament to the important role that Mustang News fills in the campus and local community.”

During the 2021-22 academic year, Mustang News reporters tackled challenging topics including the Kristin Smart case, COVID-19 and remote learning with what judges from the California College Media Association described as a “thoughtful” combination of reporting and editing.

"All of the content teams for Mustang Media Group have done an amazing job this past year,” MMG General Manager Jon Schlitt said. “From getting up early in the morning to bag and deliver papers during the pandemic to covering how the pandemic has affected all aspects of student life at Cal Poly, their work has been absolutely extraordinary. I'm thrilled to see that work recognized as the best in the state as well as, in some cases, in the entire nation."

MMG Editor-in-Chief and journalism senior Tessa Hughes was one of a handful of students from MMG to attend the conference.

“I am so beyond proud of my team and all that they have accomplished this year,” said Hughes. “The awards won at ACP and CCMA exemplify that they 100 percent deserved the recognition. I am still in shock at the win and couldn’t be more excited. My time at Mustang Media Group has been my favorite part at college.”

The entire list of awards that Mustang Media Group received at the conference are listed below.