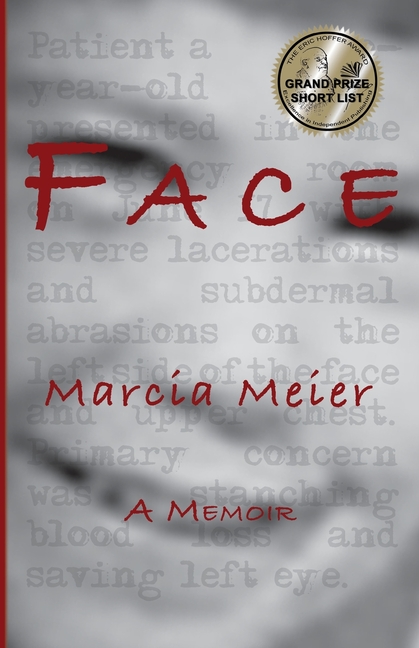 Since graduating from Cal Poly in 1978 with a degree in journalism, Marcia Meier has led a successful life as a journalist, author and writing coach.

Her latest book, Face, A Memoir, was published in January this year by Saddle Road Press, and quickly gained positive recognition. Along with being shortlisted for the 2021 Eric Hoffer Book Award Grand Prize, Face also received an honorable mention for in the memoir category of the awards.

Meier’s success, however, is notwithstanding a very challenging start in life. At age five, Meier was hit by a car, causing severe facial disfigurement and a chain of effects that impacted her childhood and even midlife.

She began writing Face, which analyzes this life-changing incident and its effects, fifteen years before it was published, when aspects of Meier’s life and marriage began “falling apart,” Meier said.

“I realized I had to go back in time and revisit the accident that nearly killed me,” Meier said.

After surviving the crash as a young child, Meier’s trauma continued, undergoing twenty surgeries, facing abuse at school, and being blamed and rejected by her mother. By the time she started college at Cal Poly, Meier had “pushed all those experiences down into a deep place and [she] tried not to think about them again,” she wrote in a summary on her website. As she confronted her trauma in midlife, Meier was finally able to begin in the healing process. “It was the beginning of my coming back to myself,” Meier wrote in the summary.

Meier said it felt “amazing” to receive such positive recognition for her story.

“I have written other books, but nothing this personal or with such vulnerability… It’s my hope that this story will encourage others who have experienced childhood trauma and lead to their own understanding and acceptance.”

Meier has published six books, along with poetry and essays. She also spent 18 years working at four daily newspapers in the Santa Barbara area, and she served on Cal Poly’s Journalism Advisory Board for many years.

In addition to being an author, she now works as a book editor and writing coach and owns her publishing company, Weeping Willow Books, to publish clients’ books.