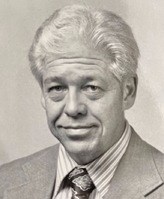 Former Cal Poly dean Jon Ericson passed away in his home in Pacific Grove, California on Tuesday, January 19 after a lifelong career in education.

In addition to teaching at Stanford University and Central Washington State University in Ellensburg, Ericson founded Cal Poly’s School of Communicative Arts and Humanities (now the College of Liberal Arts) and became its founding dean in 1970.

According to a press release, Ericson is remembered for bringing new inter-disciplinary approaches to a campus focused on agriculture, engineering and other highly technical fields.

“As the founding Dean of a new school, the most important work that could be done was to build a solid foundation to accomplish the work appropriate to a Liberal Arts school in a polytechnic university,” Ericson is quoted in the release.

Ericson is also known for pioneering study abroad programs at Cal Poly, according to the release. Ericson allegedly emphasized low cost and inclusivity for the programs, which at the time were only offered to a select few who could afford it.

Ericson taught speech at Cal Poly during his last two years before retiring in 1996. Ericson is survived by his spouse Amy Ericson, his two daughters, Beth and Ingrid Ericson and his son Joel Ericson. His first son Jon Robert Ericson died in 1992.

Dr. Ericson and his wife established the Jon M. Ericson Founders Endowment for the London Study Program in 2000 to provide scholarships for qualified students with financial need to attend the program.

Please join us in commemorating Dean Ericson’s legacy by contributing to the Jon M. Ericson Founders Endowment for the Cal Poly in London Program. Donations can be provided through this link: https://securelb.imodules.com/s/699/bp19/interior.aspx?sid=699&gid=1&pgid=961&cid=2272&bledit=1&dids=654.