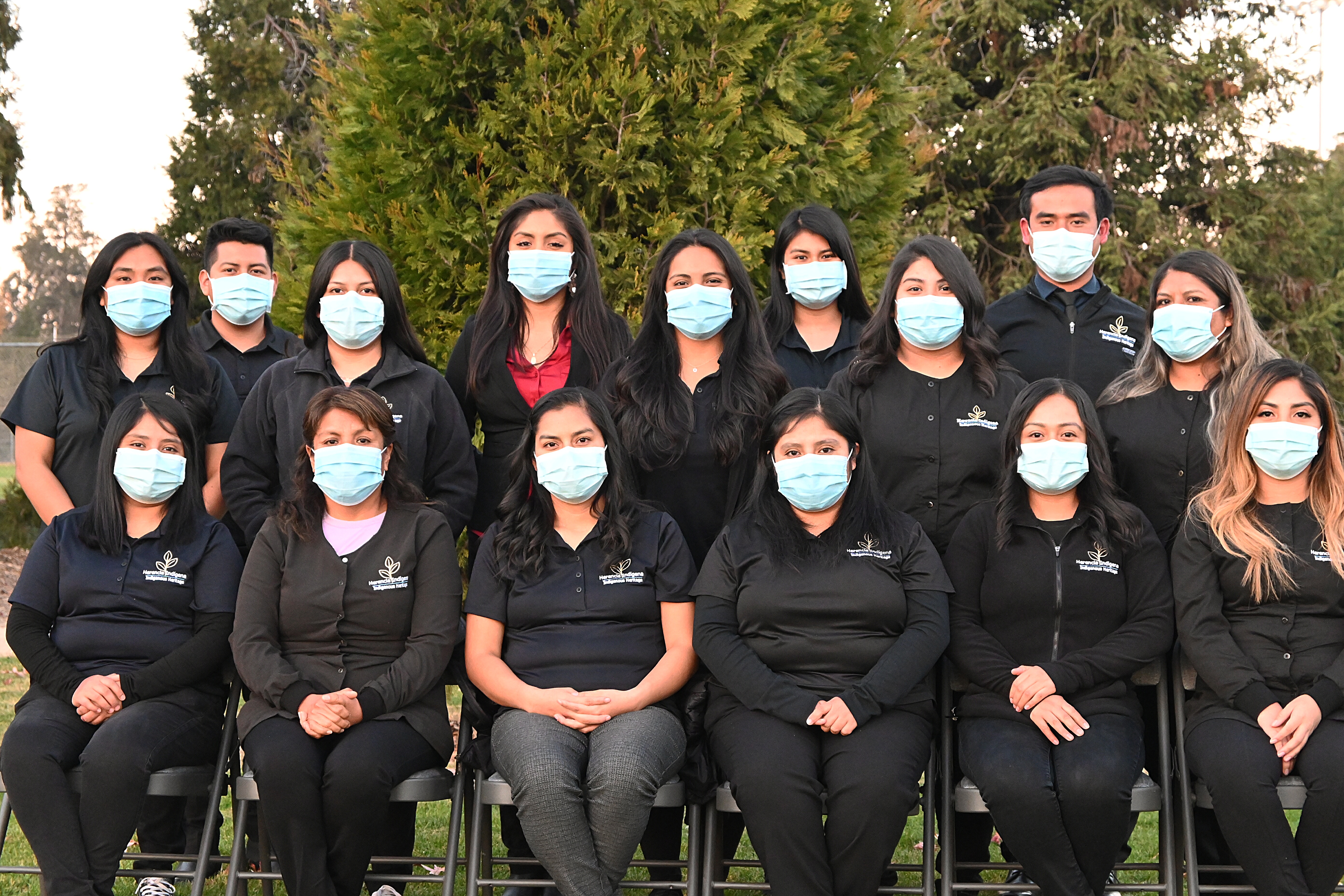 Since graduating with a master's degree in public policy in 2018, Cal Poly alumna Irebid Gilbert has created and co-founded her business Herencia Indigena, an initiative partly inspired by the work she did at Cal Poly.

Herencia Indigena is an organization that trains trilingual individuals to work as health care advocates and interpreters for partner agencies including Dignity Health. They also developed a cultural competency training based on Gilbert’s senior thesis at Cal Poly.

Gilbert said that her business was born out of the great need for on-site Mixteco-speaking interpreters at Marian Regional Medical Center, as well as other hospitals across the state. According to Gilbert, a lack of interpreters in medical facilities can lead to a large number of patients who cannot understand or communicate with health workers, something that Gilbert’s family once faced.

“I am also indigenous. Both of my parents speak Mixteco. Most of my family has worked in the fields. As a child, we worked in the fields, so I really felt that this was a way to give back,” Gilbert said. “I didn’t know what it was going to turn into, but I just knew this was what I wanted to do.”

Herencia Indigena’s mission is to ensure that Mixteco patients can understand their healthcare plans and to communicate with their providers.

“We really had to show that there were interpreters here, and we had to really advocate for full-time [positions], fair wages, things like that,” Gilbert said. “We want this to be taken as a real career and a real skill.”

The training program that Herencia Indigena offers is 10 weeks long and requires trainees to attend lectures, take quizzes, participate in activities, submit homework assignments and ultimately pass a cumulative exam before they are offered a job at a hospital.

“[Dignity Health] will only take interpreters from Herencia Indigena because of the rigorous training that we have,” Gilbert said.

In the past year, Herencia Indigena has trained over 300 healthcare staff members including doctors, nurses, technicians, and social workers, according to Gilbert.

While Gilbert's current work at Herencia Indigena mostly focuses on data analysis, she said that her time at Cal Poly and the support she received there helped allow her to achieve what she did.

“Cal Poly was very supportive,” Gilbert said. “I had amazing counselors [who helped me] to look at it from all different directions, and I think my public policy degree definitely helped with the writing, the data analysis, the policy writing, all of that.”

To date, Herencia Indigena has helped over 900 patients, according to Gilbert.

“This is more than just a passion: it’s a purpose, and I am trying to give back in the only way I know how to those who I feel are often underrepresented,” Gilbert said. “It’s really important not to be afraid and to just put yourself out there and really go after something that really makes you feel passionate and makes you feel like you have a purpose in life.”