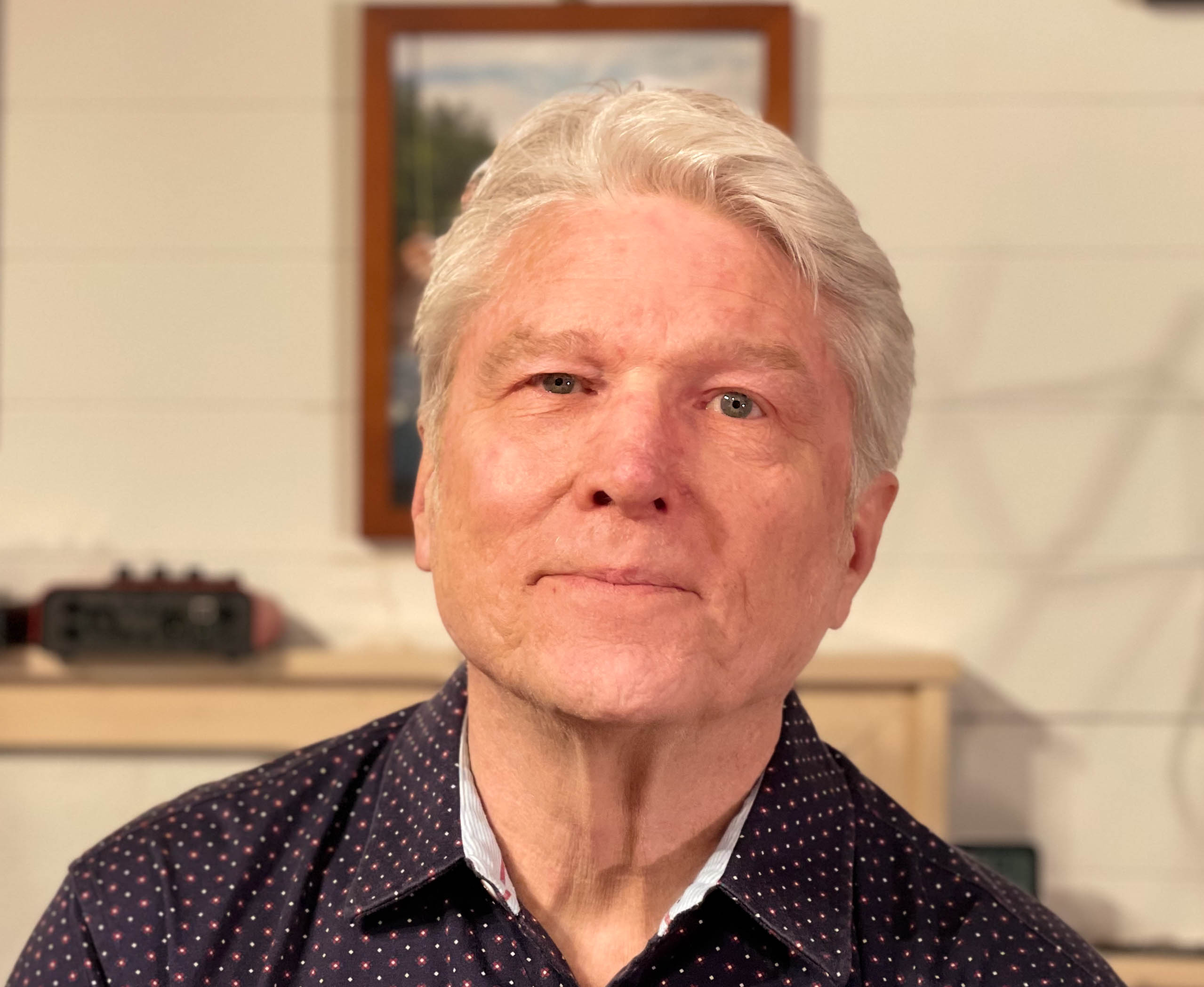 Mike Griffith will walk the stage and
officially receive his diploma on
June 12, 2022.

In 1983, history student and theatre aficionado Mike Griffith was wrapping up his final year at Cal Poly before a “perfect” job opportunity fell into his lap. The position with local lighting company Teatronics was not something Griffith could pass up, as he and his wife were working multiple part-time jobs to support their family, so he “dropped everything and took the job.” Soon after, Griffith became one of the top executives at Electronic Theatre Controls, Inc. (ETC), one of the preeminent theatrical lighting companies in the world.

After a whirlwind career that took him around the world, Griffith retired in 2015. Since then, he has spent his retirement doing what he calls “wrapping up loose ends,” including completing his final quarter of college and graduating from Cal Poly after nearly 40 years.

“It feels really gratifying to come back to San Luis Obispo,” Griffith said. “I had compartmentalized [graduation] in my brain and just knew that it’s something that’s out there — it never inhibited my career. But I knew that if I was going to graduate, it would be from here.”

The COVID-19 pandemic proved beneficial in this instance for Griffith as he was able to finish his final class remotely from his home in Wisconsin.

“I always knew I was close [to completing my degree], but last summer in June 2021 I spoke with Dr. Kate Murphy and she told me that I only needed one class, HIST 303: Research and Writing Seminar in History, and it was offered in Fall 2021 on Zoom,” Griffith said.

In the spirit of “wrapping up loose ends,” the decision to enroll once again at Cal Poly was an easy one.

Advised by Dr. Molly Loberg, Griffith wanted to make his final project special. He chose to write his research paper on one of his favorite songwriters, legendary singer Townes Van Zandt. Van Zandt is best known for writing songs popularized by other artists including Emmylou Harris, Willie Nelson and Merle Haggard. Griffith’s paper, titled “For the Sake of the Song,” detailed research on Van Zandt’s battle with addiction and how it may have informed his songwriting.

Upon nearing the completion of his project, Loberg suggested he use his senior project paper to craft the culminating stage of his project in the form of a concert. 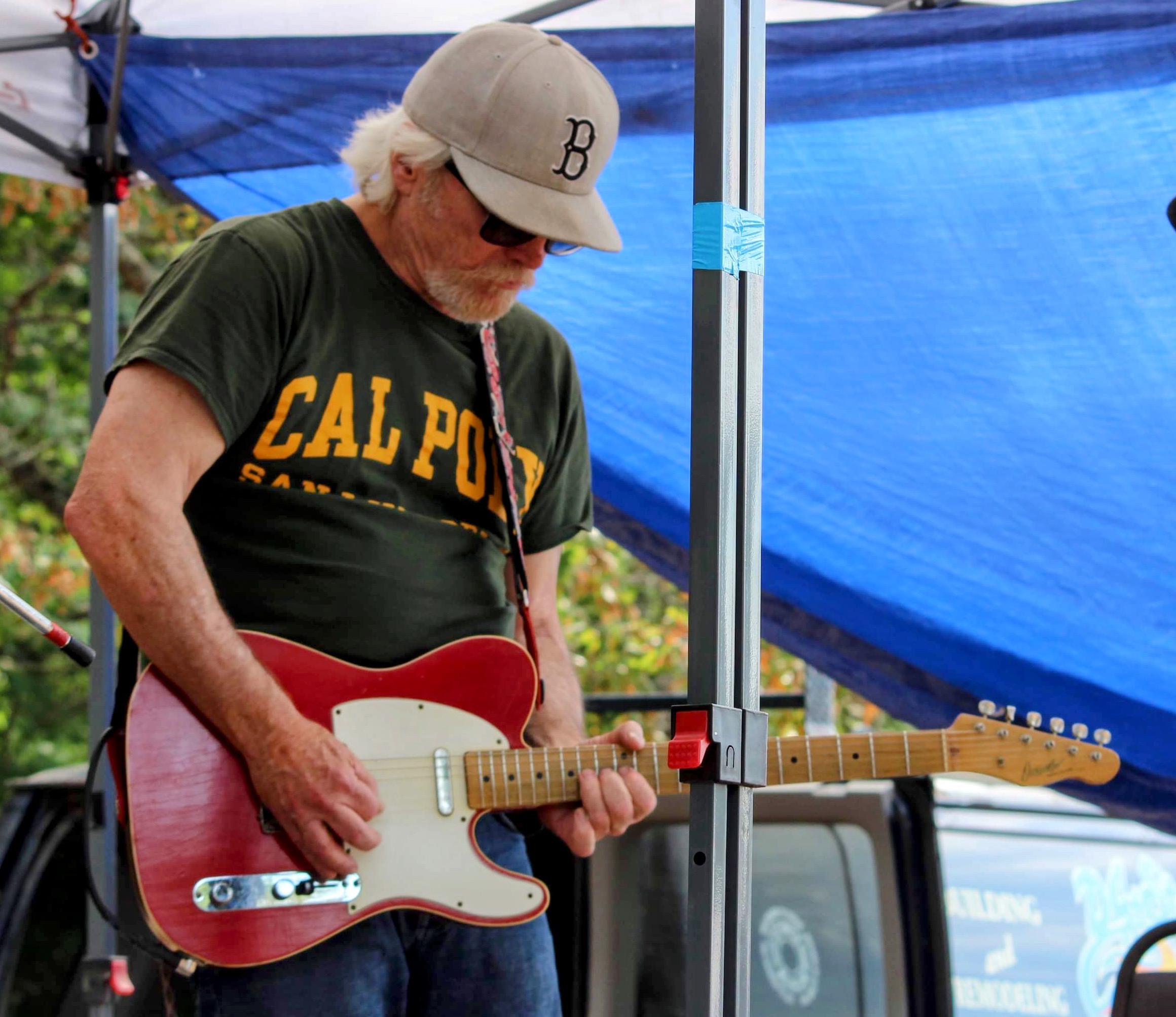 Similar to Van Zandt, Griffith is an avid singer and guitarist, playing in bands based out of Los Angeles. He would put together a concert led behind the scenes by Spanos Theatre Technical Director, and one of Griffith’s best friends from Cal Poly, David Beals.

Beals and Griffith first met at Cal Poly in the early 1980s, performed together in a production of the musical ‘Godspell’ and the rest is history.

“Mike called me up told me about this cool idea of doing a concert around his final paper and he said he wanted me to be the technical director,” Beals said. "I figured it would be fun to surprise him.”

Beals took the honor to direct his friend’s senior project concert as an opportunity to decorate the stage with lighting equipment that Griffith had either hung himself as a production assistant in the 1980s, or generously donated when he was working at ETC.

“It was something I wanted to make fun and personal to him,” Beals said. 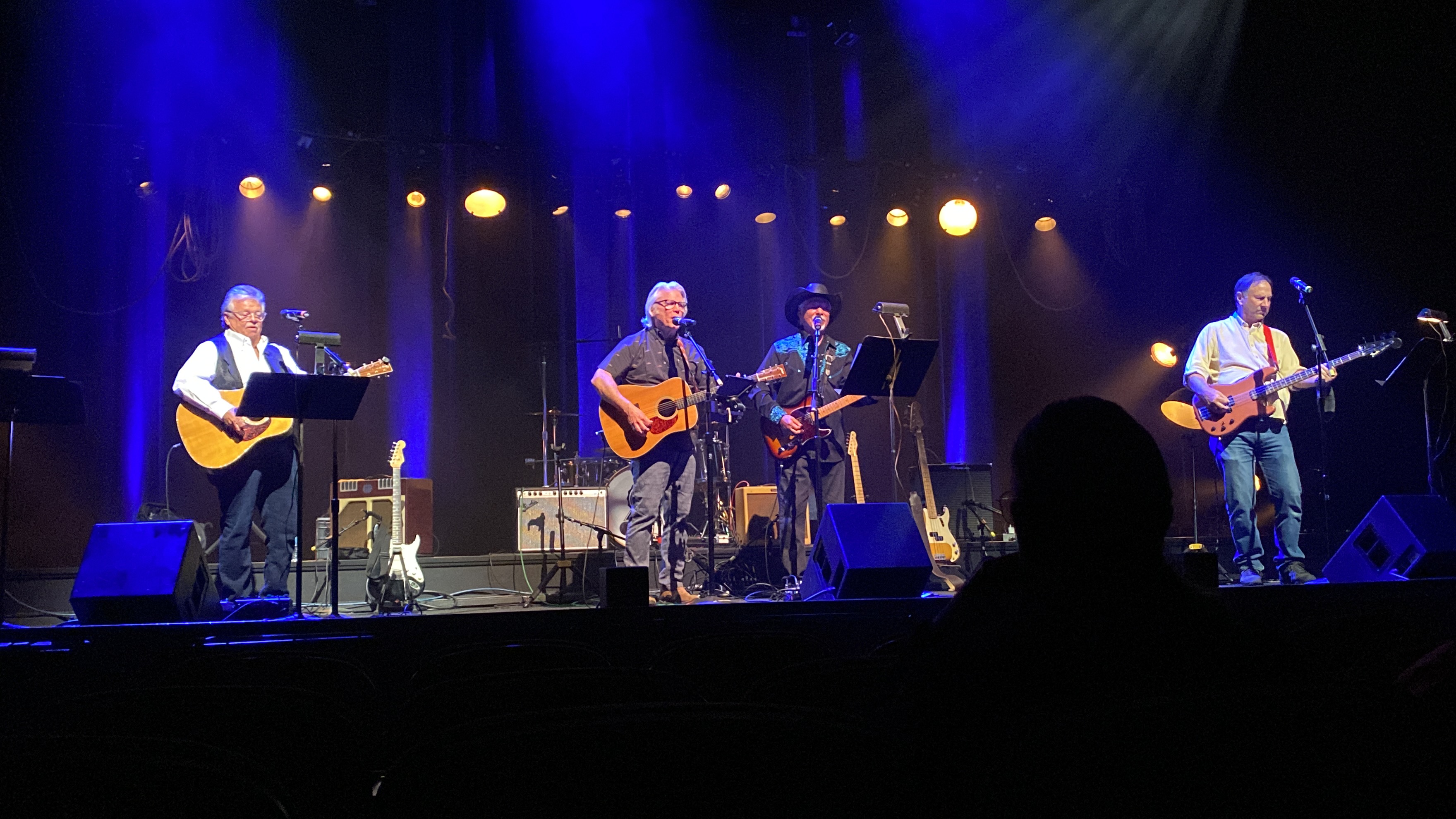 The intimate senior project concert took place on March 16 in Spanos Theatre and featured Griffith’s bandmates from The Sons of Sunset, Mary Sue Gee and The Sons of the Caballeros, led by local Grammy Award-winning artist Louie Ortega.

Griffith narrated his way through the program as the bands, and Griffith himself, played some of Van Zandt’s greatest hits in front of an audience of family, friends, colleagues and music enthusiasts.

Griffith, who was named CLA’s honored alumnus in 2011, finished his coursework in March 2022 and can now officially call himself a Cal Poly graduate.

Griffith plans to walk the stage during the College of Liberal Arts’ commencement ceremony on June 12 at 70-years-young.

Watch video from the concert below: