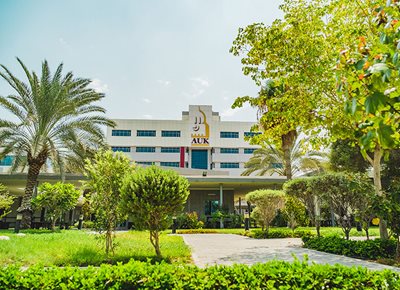 Having previously worked at the American University of Kuwait (AUK), Al-Nakib had the idea to connect her class with an American government class at AUK so that students from both universities could learn from each other and gain a better understanding of how modern issues affect both America and Kuwait.

“[The professor at AUK and Al-Nakib] came up with this idea of doing a joint activity during election week here,” Al-Nakib said. “Instead of having actual class that week, we did a virtual exchange module where we had students from my class and [the AUK class] do the same readings... and then in their discussion groups we gave them certain activities to do together to work together to discuss.”

Al-Nakib also hopes to design a quarter-long virtual exchange course with a partner institution so that students from both schools can develop international relations and learn through global engagement.

“The feedback I have gotten so far from students is that they actually really, really love engaging with students from across the world,” Al-Nakib said. “Students are able to learn about difference, but also better appreciate the similarities and commonalities that we all share across the world.”

Victoria Duehring, Samuel Smith and Kyle Kerr are some of the students who were able to participate in the virtual module during election week.

Duehring, Smith and Kerr all said that they had very positive experiences engaging with the students from AUK and said they would recommend the virtual exchange to other students interested in the class.

“We live in a globalized world, and we should take advantage of that,” Duehring said. “Our professors come from all over the country and globe with ties to universities all over and I think we should use that.”

Similarly, Kerr said that the virtual exchange added depth to the topics they discussed.

“I loved the experience,” Kerr said. “When I had the opportunity to talk with some students over at the American University of Kuwait, it brought to life what we were learning about in the class.”

Al-Nakib also hopes that her students’ interaction with students from the Middle East will help to debunk certain misconceptions and stereotypes about them.

“I think it’s great that Cal Poly and CLA in particular is taking a really strong lead in these kinds of initiatives – both internationalization itself, but now also specifically looking at virtual exchange,” Al-Nakib said. “It's the right time because we’re definitely all becoming more comfortable and knowledgeable in virtual platforms and programs and we can really start to think about how we can use them better.”